Woman Finds 2,000-Year-Old Gold Ring, Proceeds To Not Throw It Into Mount Doom 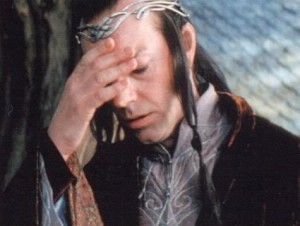 “When he told me it was an ancient gold ring, it felt like a gift from the underworld. It was my magnificent ring. I didn’t want to give it up.”—The Local tells us about Camilla Lundin, who was walking through a field when she happened upon a gold ring that, upon scientific examination, was determined to be somewhere in the neighborhood of 2,000 years old. She sold the ring to the Swedish government for $1,672 and the opportunity to not have her soul slowly corrupted over the course of centuries. “I guess I knew right away it was special,” says Lundin, “but I had no idea just how valuable it was.”

Would you say it was… precious?

The Lord of the Rings