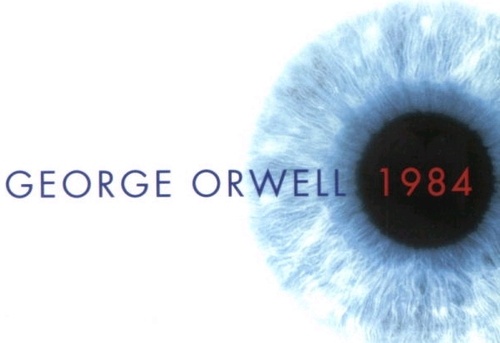 Listen, Hollywood, we get you like taking scary things and making them into romance movies.Vampires in Twilight, zombies in Warm Bodies, what have you. But we have to draw the line a remake of 1984 that’s all about “love in a world where love really doesn’t exist anymore,” starring people from Twilight and Warm Bodies. Just don’t, please.

According to The Verge, it doesn’t seem to be a straight adaptation of George Orwell’s original dystopian novel, but a “slightly updated” reimagining of the 1956 movie, which they’re calling Equals. That’s either a relief or even more terrible news, depending on how invested you are in a faithful adaptation of the book — or in the 1956 film, which was impossible to find for years and only recently became available to watch on DVD and on Youtube.

It has some pretty good talent attached to it behind the scenes, regardless of what you think of Nicholas Hoult or Kristen Stewart (for the record, we have nothing against either of them as an actress: Stewart especially is honestly better than most people give her credit for, but we hate to see her typecast in “soppy romantic versions of books people really like”):  Nathan Parker of Moon is writing the script, and Like Crazy’s Drake Doremus is directing.

Honestly, though, it’s not the idea of a 1984 movie that’s particularly loathsome in this scenario. It’s the promise that its producers will focus primarily on the romance aspects of the story above anything else. Yes, there is a “romance” in the actual book, and it is rather important to the plot, but (spoiler alert if you haven’t read 1984 and were planning on it, even though we’re guessing most everyone was required to as a high school or college student), the affair ends pretty abruptly when the two are captured and brainwashed back into complete submission after ultimately betraying each other, because they only really liked hating on the government and also having sex together. So it’s not exactly a “happy” ending, which was the point in the first place. You know, because it’s about how the government controls literally every aspect of its citizen’s lives using a combination of fear and brainwashing, not about how sad it is that people are afraid to looove each other. Like, no shit they aren’t.

As of now, there’s only a few things we can think of that would make this film compelling enough to follow closely as it develops. First of all, we would love to see Stewart in the lead as the Winston Smith character, an unhappy intellectual government worker who is seduced by a younger member of the Anti-Sex League. Yes, she’s already done the whole “average girl falls in love with obsessive mysterious stranger” trope before, but it would be less annoying than the “eccentric girl interrupts boring boy’s life and helps him grow as a person” trope that the traditionally-female character of Julia already inhabits. And it would be nice to see another female-led drama make it to the big screen, because we could always use more of those.

Secondly — and this is the important one — the end of the movie has to stay true to the spirit of the book. By “spirit,” of course, I mean “incredibly depressing ending that reaffirms the all-encompassing power of the fictionalized dystopian government.” No uplifting escape from brainwashing, no promise that love will conquer all. The point is for the audience walk out of the theater angry and ready to smash some security cameras.

With Moon and Like Crazy under the creators’ belts, there’s a possibility that this type of ending was the plan all along. But you never know with Hollywood. They sure do love their awful happy endings.