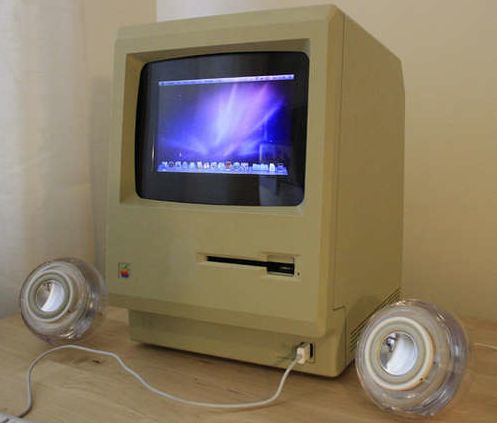 MacHeads are a competitive, obsessive bunch, but graphic designer and Instructables member gmjhowe may have just secured himself a place in the Apple pantheon: He took an original 1984 Macintosh computer, with its princely 8mhz processor, and converted it to run OS X Snow Leopard. He also posted instructions on how you, too can do so, provided you’ve got patience, tech skills, and a fairly substantial budget:

From the project description page:

The original Macintosh had an 8mhz processor, my upgrades will boost it to a speed 200x faster than that. Giving us enough speed to install Mac OS X Snow Leopard.

My main objectives were.

Do not alter, cut, deform, change, or break the original Mac in anyway, I wanted to be able to return it to its original state if I chose to.

Not to let myself cut costs on the project just to make it more ‘amazinger’ (cheap instructables are great, but we do see a lot of ‘wow make an awesome uber computer for like $10 dollars yeah’. This was an epic project, I cut costs where I could, and used recycled parts, but I spared no expense in making this the best I could. This 1984 Macintosh deserved no less. 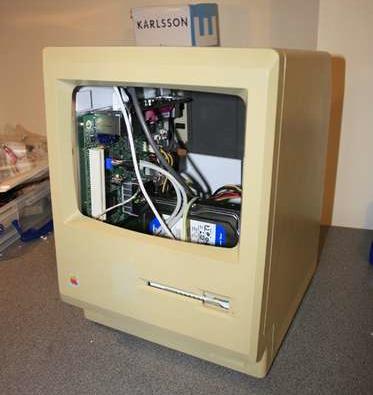 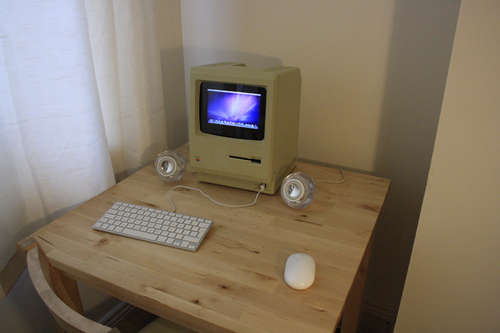 Next up on gmjhowe’s agenda, should he win the Dead Computer Contest: making that 1984 Mac wireless and portable.