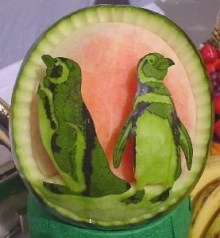 It’s summer, and it’s hot. In fact, June was the hottest June ever. But if you’re willing to brave the heat, it’s a time for picnics, celebrations, hanging out with friends, and unpaid internships. In other words, its watermelon season! Now as you may know, watermelons are delicious. But did you also know that they can provide visual entertainment in a great many ways as well? You didn’t? Well, let me assure you that it’s the truth with these 16 examples of watermelon craziness, and those adorable penguins aren’t even on the list. If that adorable carving is just a means of introducing this list, imagine what wonders must await you below:

1. Blowing Up Watermelons With Electricity

You knew at least one of these had to be about making a watermelon explode, but that’s so cliché I just wanted to get it out of the way early, and choose one that did it in an interesting way. Let’s surge the watermelon with electricity and make it explode. According to the video description, the air literally tasted like watermelon for a while after this experiment was performed. Can we make that permanent and everywhere, please?

Catchy tunes meet stop motion and adorable giant eyes in episode 39 of The Meth Minute: Watermelon Nights. Join these festive watermelons as they frolic, roll, march in a creepy straight line, and insult eggplants’ tastes in music. Check the description for a link to the MP3 download and the full lyrics to the surprisingly good song. 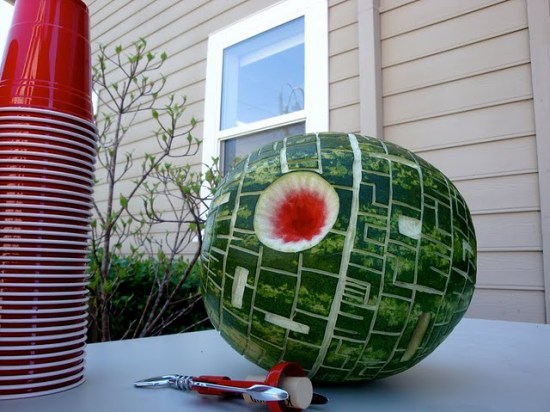 It may not be capable of destroying any planets, but it can destroy many appetites. And as we saw at the top of this list, it looks pretty cool when you blow it up.

The Fourth of July is such a great occasion for families to get together outside and just have fun times. But you know who often gets left out of these family gatherings besides that creepy uncle nobody talks about? The wolves. All they want is to be loved, and to tear things apart. Well, one way to satisfy both of those wishes is to give it a tasty celebratory watermelon. It shows the wolf you care and gives it something to devour. Just make sure it spits out the seeds!

He’s not going to break the sound barrier any time soon, but he might break the adorable+delicious barrier! Just remember to take out the spikes first. Otherwise you’ll be dealing with one prickly pear. Ha! (Editor’s Note: ಠ_ಠ)

In Elder Scrolls IV: Oblivion, there’s a way to cheat yourself many, many copies of an object you’re holding. There’s also an annoying fan who follows you around if you best the arena. Well, one gamer saw fit to use one of these facts to address the other. In the video, he uses the dupe to create 10,000 watermelons, falling from the sky, right on top of the adoring fan’s head. Sadly, he wasn’t crushed. But if you’ve always wanted to know what 10,000 watermelons falling from the sky looks like, and how could you not, you’re welcome. 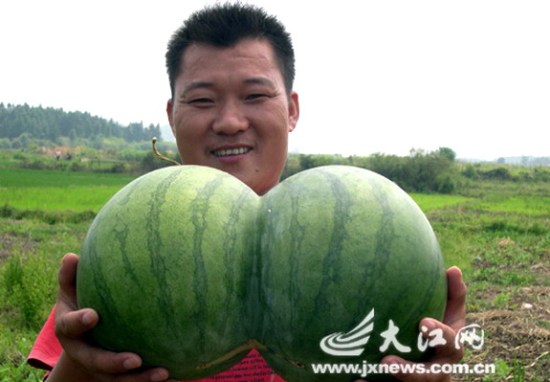 Honestly, just make your own dirty caption with this one. If it takes more than five seconds to come up with, you’re doing it wrong.

Throwing knives and cutting into a watermelon would be easy. Well, for a knife thrower, I mean. But throwing playing cards into a watermelon and getting them to stick takes a good deal of skill. While the video above may claim that this is a feat reserved for the greatest card throwers in the world, it’s also a game on Minute to Win It.

9. Woman Crushes Watermelon With Her Legs

Want to send someone a watermelon but hate having empty space in your packages? Well send them a handy square watermelon, complete with being a cube. They’ll shake the box, hear nothing, and never expect you’ve sent them a delicious, geometrically fascinating fruit feast. 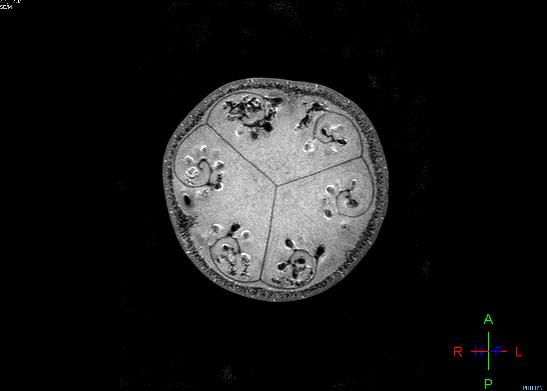 As you know if you frequent Geekosystem, MRIs of fruit are cool. This is no exception.

This man carves a watermelon in less than 30 seconds, which is apparently a great feat. Though its unclear how imprecise he’s allowed to be. It looks to me like a fair amount of delicious may have been lost in this process, and when you add a time penalty for that, he goes over his target. Still, I’d be terrified to even hold that knife, so it’s still an accomplishment in my book. 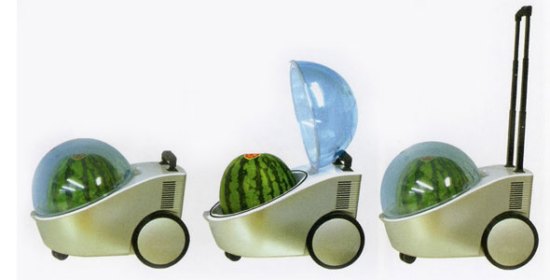 These exist in Japan. Because when you’re traveling long distance with your watermelon, as Japanese citizens are apparently prone to doing, you don’t want to deal the weight and temperature problems that go with traditional melon transport. So now you can wheel your watermelon around in a stroller and everyone will stare at you. You know, because you had such a great idea, of course.

14. Baby Gets Really Into Watermelon

The only way to really understand what makes watermelon so refreshing is from the inside. This baby knows that. That’s why he has embedded himself inside watermelon territory, nibbing away at what’s left of the fruit with his adorable baby mouth. If you’re thinking what I was thinking, don’t worry: The watermelon doesn’t tip over, despite Murphy’s Law indicating it should. 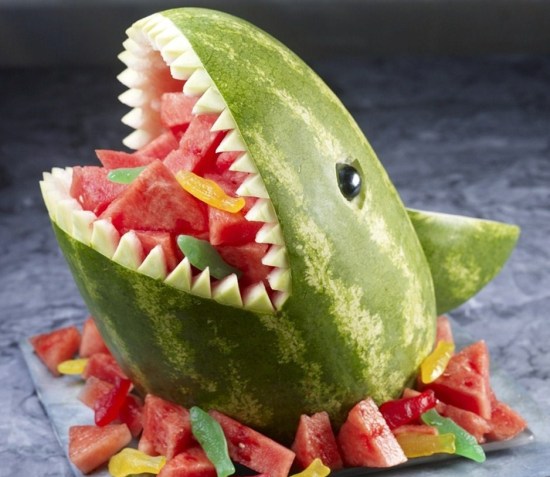 I’ve saved the best and the most beautiful for last. You know that overly ornate flower-shaped watermelon carving from that last tropical company retreat? Well this is how it was made. The result, as well as the process itself, are just astounding.