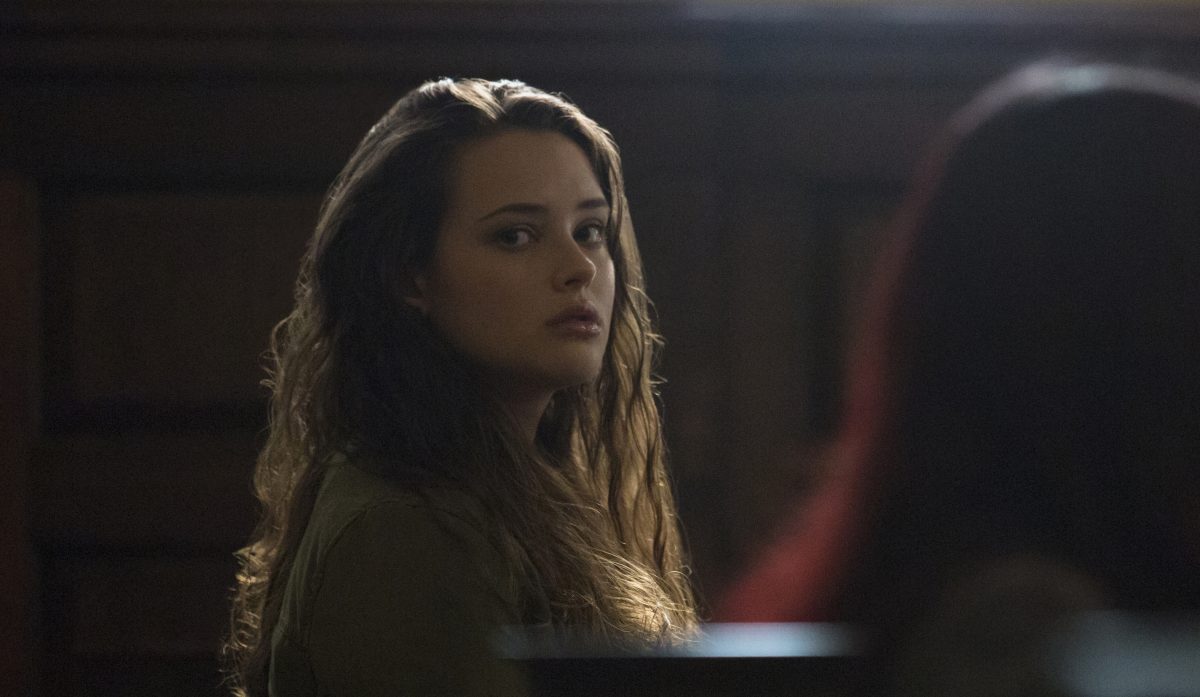 The first season controversial Netflix teen drama 13 Reasons Why focused on the life—and death—of a teen girl named Hannah Baker, exploring issues of bullying, sexual assault, and eventually, suicide. The show garnered praise for its realistic portrayal of modern teen life but also attracted considerable controversy, thanks to its detailed depiction of Hannah’s death, which many viewers deemed irresponsible and potentially triggering.

Still, love it or hate it, there was no doubt that 13 Reasons Why was Hannah’s story. While we can debate her suicide as an act—and the show’s complete failure to present any alternatives to such a tragic decision—Hannah had agency from start to finish and existed as the single driving force of its narrative.

Sadly, the show’s second season—which, let’s be honest, no one seems quite sure that Netflix should have made in the first place—completely fails the lead character established in Season 1. Yes, Hannah still appears in Season 2—in several forms, actually (more on that later), but even though she’s still onscreen, she’s no longer a major piece of the narrative in her own right. In fact, 13 Reasons Why Season 2 almost completely abandons Hannah, pasting over her original story with retellings from other characters and stripping her of most of the agency she previously possessed.

In Season 1, Hannah’s titular 13 tapes—each directed at a fellow student she blamed for her death—serve as the narrative spine holding the rest of the stories together. Without this framing device, things get messier and more convoluted in Season 2. The show tries to recreate the magic by dedicating each episode to the testimony of one particular character, but since that includes characters we don’t like (Marcus) or can’t trust (Bryce/Chloe), the results are distinctly mixed. It’s one thing when you have a singular narrator who may or may not be unreliable in places; it’s another when there are 13 of them.

Ostensibly, the testimony of the other Liberty High kids is meant to further illuminate Hannah’s life and chronicle the aftermath of her death. Yet, with Hannah gone, the girl herself becomes something of an afterthought. Sure, she’s a symbol for many people—of loss, of suffering, of missed opportunities—but she’s not so much an actual person anymore. Her presence is heavily felt during the trial for the lawsuit Mrs. Baker filed against Hannah’s school for negligence that led to her death. That trial features protestors outside the courthouse waving “Justice for Hannah” signs and plenty of heartfelt pleas about how the school failed to take any action that might have prevented her death, but Hannah’s own voice is not often heard during the proceedings.

“Hannah’s story needs to be told,” Mrs. Baker insists before the trial begins. While that’s certainly true, what happens during the legal spectacle isn’t so much telling Hannah’s story, but reframing that story for the benefit of whoever happens to be doing that telling (and introducing a whole lot of bizarre and contradictory information we’ve never heard before). For a show that based its first season on its lead character’s literal voice through the use of the tapes, Hannah Baker gets surprisingly little to say in Season 2.

Maybe this is true to life, in a way. Our stories are never just our own, and that’s even more true if we aren’t around to tell them ourselves, but it’s also deeply uncomfortable. 13 Reasons Why began as a story about Hannah, the pain she found herself in, and her inability to get the help she needed, and while Netflix has done its best to expand the show’s focus to the other characters struggling to process her death and cope with the toxic environment at Liberty High, Hannah nevertheless remains the series’ primary motivating figure, and it’s lost without her.

Yet, the trial itself purposefully muddies our existing understanding of Hannah, offering up additional stories that weren’t part of her series of tapes. This shift away from her POV actually works in some places, revealing that Hannah herself bullied students at her previous school, but most of the other students’ testimonies revolve around Hannah as a love interest or sex object, revealing several flirtations and a fairly serious romantic relationship, none of which were ever hinted at back in Season 1. Additionally, since these other stories aren’t told in Hannah’s voice and don’t focus on her feelings, they seem more and more like things that happened to her, rather than experiences in which she actively participated.

Season 2’s problematic treatment of its lead character isn’t restricted to flashbacks. We actually spend most of the season with a Hannah seen solely through Clay’s eyes, thanks to a bizarre vision he keeps having of his dead girlfriend that feels more forced as a way to give Langford more to do than a worthwhile narrative device.

This is a version of Hannah that exists solely to serve Clay’s story and has virtually nothing to do with her own. She only appears in response to some need in Clay’s internal life, when he’s angry at or confused by or sad about the girl he lost. The story is so focused on how he feels about Hannah’s death that the act itself loses a lot of its meaning, not because Hannah’s story becomes any less heartbreaking, but because it is suddenly all about Clay. Did Hannah only matter because she mattered to Clay? Of course not. Yet, Season 2 often seems to see her that way, reducing Hannah to nothing more than the stories other people tell about her.

13 Reasons Why has been renewed for a third season, one in which Langford will apparently not appear. (How this series will manage a third season without her is anyone’s guess.) This is probably for the best. There’s not a lot of Hannah’s story left to tell at this point. Yet, it’s not entirely clear what 13 Reasons Why could possibly look like without her. Though it forgot for long swaths of Season 2, this is—or was supposed to be—Hannah’s story, and if we couldn’t trust the show to do right by her when some version of the character was still around, how can we do so when she isn’t?

By the end of the second season, Hannah Baker is as much an idea as a person, a cautionary tale rather than a girl. Season 2 insists Hannah’s story is important, but it seems to think that it doesn’t matter whether she gets to be the one who tells it.