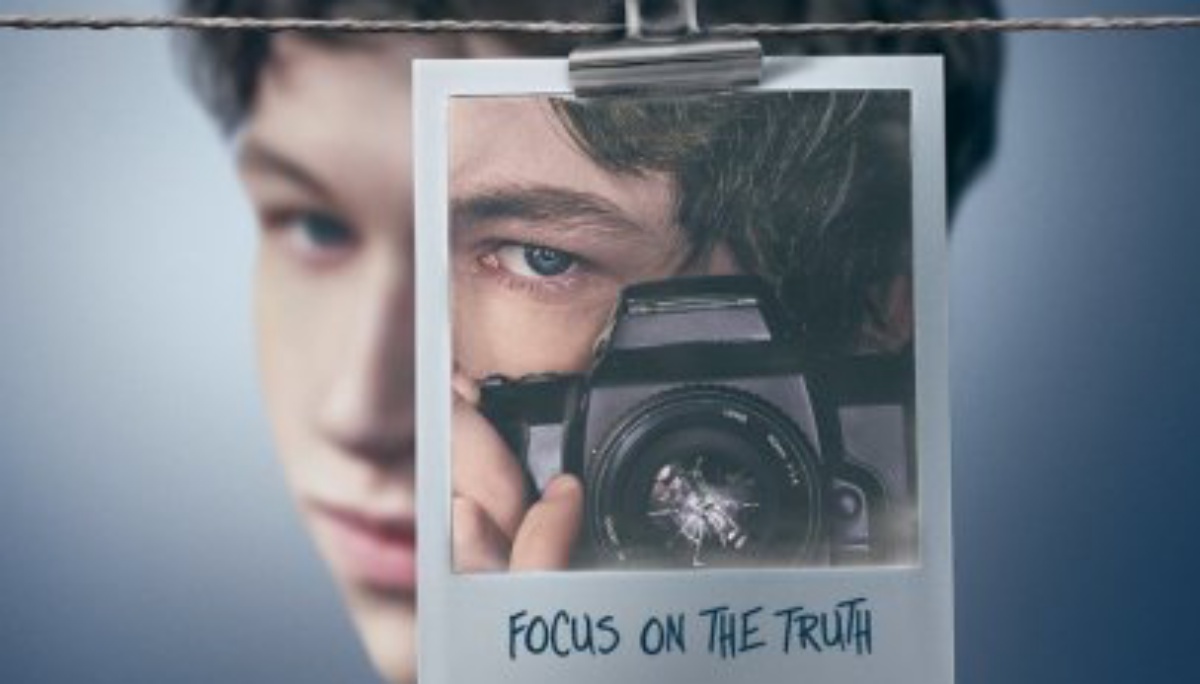 **Spoilers for 13 Reasons Why– TW: Graphic Depiction of Rape**

During the press tour for Season Two of 13 Reasons Why, showrunner Brian Yorkey said that in the upcoming season, it would tackle heavy topics without the graphic depictions that made the show infamous in Season One, except it seems like that statement was a full on lie. In the finale of the second season, there is another brutal rape scene.

As described by Vulture:

In the season finale, “Bye,” school photographer Tyler Down is brutally raped when three student-athletes attack him in a bathroom, shove his head in a toilet, then sodomize him with a broken mop handle. Tyler is left bleeding from the rear, bruised, and so badly traumatized that he later shows up at his school with the intention of carrying out a mass shooting.

Full disclosure, I do not watch 13 Reasons Why. As someone who has struggled with suicidal thoughts, it is not the kind of show I could watch for “pleasure.” I’ve tried several times, but it is just too much for me to handle. However, scenes like this just make me cross. Yes, rape happens in school. Yes, kids and teenagers commit suicide and we should talk about those things, but there is a difference between wanting to be honest about the realities of traumatic sexual experiences and death among teens, and doing something for the narrative shock.

After all, this rape is used as a motivation for an attempted mass shooting, reasserting the myth that all mass shooters are victims of some sort of bullying.

The scene has received outrage from multiple fronts so, on Monday Yorkey went to Vulture to explain his decision, which was meant to shine a light on an “epidemic” on male-on-male sexual violence:

“We’re committed on this show to telling truthful stories about things that young people go through in as unflinching a way as we can. We fully understand that that means some of the scenes in the show will be difficult to watch. I think Netflix has helped provide viewers with lots of resources for understanding that this may not be the show for everybody, and also resources for people who do watch it and are troubled and need help.

But the fact is that, as intense as that scene is, and as strong as are or reactions to it may be, it doesn’t even come close to the pain experienced by the people who actually go through these things. When we talk about something being “disgusting” or hard to watch, often that means we are attaching shame to the experience. We would rather not be confronted with it. We would rather it stay out of our consciousness. This is why these kinds of assaults are underreported. This is why victims have a hard time seeking help. We believe that talking about it is so much better than silence.”

Yorkey also says that he is surprised that the outcry from this scene is so much more dramatic than that of the female rapes in Season One:

Yorkey also noted that the first season depicted graphic scenes of sexual assaults, and he questioned whether those scenes didn’t elicit the same kind of backlash because the victims were women. “The very, very intense scene of Hannah’s suicide seemed to overshadow the fact that Hannah and one other girl were violently raped in season one,” he said. “If there’s a greater sense of backlash about this scene, especially it being hard to watch, ‘disgusting,’ or inappropriate, that goes to the point that we need to be talking about the fact that things like this happen. The fact that this would be somehow more disgusting than what happened to Hannah and Jessica, I’m shocked but not surprised.”

Except, people were upset about it. That’s the reason you guys ended up doing that PSA for the beginning of the show. It’s the reason you were asked in interviews about the graphic content. Yes, society treats male and female rape differently, but that’s not why there is a backlash. The backlash is because the scene was horrific and used to create sympathy for a character, who would go on to attempt violence, rather than highlighting the violence of male-on-male rape.

Becuase of this article, I watched the episode in which this scene occurs and in the episode, Anthony Rapp appears. For those who may have forgotten Rapp is the male actor who brought to light Kevin Spacey’s history of sexual assault against men. He received criticism from many and a lot of comments about how he ruined Spacey’s career. I wouldn’t be surprised if Yorkey included Rapp because of those factors, but seeing Rapp only made the later scene all the more upsetting to me.

Not because of it’s commentary on male-male rape, but the way it exploits the situation. Yorkey says he wants to start a conversation, but what is there to say when three male students sodomize another male with a mop while calling him homophobic slurs. Why? Because he got basketball season cancelled? The scene goes on for so long and honestly, when the one male character grabs the mop to commit the act I have no idea why this is what he is doing.

There is no grey area. If it is meant to be a commentary of toxic masculinity and that these things happen, okay, but why does it then lead to a motivation for a school shooting? It’s the collective situation. Maybe I’m missing something because I didn’t watch the whole series, but after reading all of the wiki information I find myself still perplexed.

If the idea is that this needs to be seen in order to be impactful, that is disingenuous. The only thing people talk about when it comes to 13 Reasons Why is how graphic it is. Has it changed the way people talk about rape and suicide in school other than just acknowledgment?

When I think about the show that really caused discussion amongst my peer group about “big issues” it was definitely Degrassi. I remember the episode in which Paige Michalchuk was raped in the episodes “Shout 1 & 2” where Paige went to a party and was raped by a guy named Dean Walton. You never see the actual rape, but you witness all the things that let you know Paige was not consenting. The show does an excellent job of showing how women are slut-shamed, warning signs about dudes are treated like jealousy, and how you can wait for years and not get justice.

“Shout” came out in 2002 (2003 in the US) and the follow up where Paige has her trial in “Ghose in the Machine” is two-years later in 2004. During the trial, Dean’s defense attorney asks Paige how many men she slept with and tries to place the blame on Paige for going up to the room, to begin with. Paige holds her own and the scene is tragic, powerful and definitely a conversation starter without graphic violence. It also ends on the harshest note of all Dean gets away with raping Paige because there is no evidence.

Degrassi was not a perfect show but certainly knew how to be honest about teen life without being extreme. I can’t judge if 13 Reasons Why should be cancelled or not and at this point, I don’t think it matters. However, we need to realize that showing a young man being sodomized doesn’t inherently teach us something if there is nothing but violence. It’s just full of sound and fury, signifying nothing.