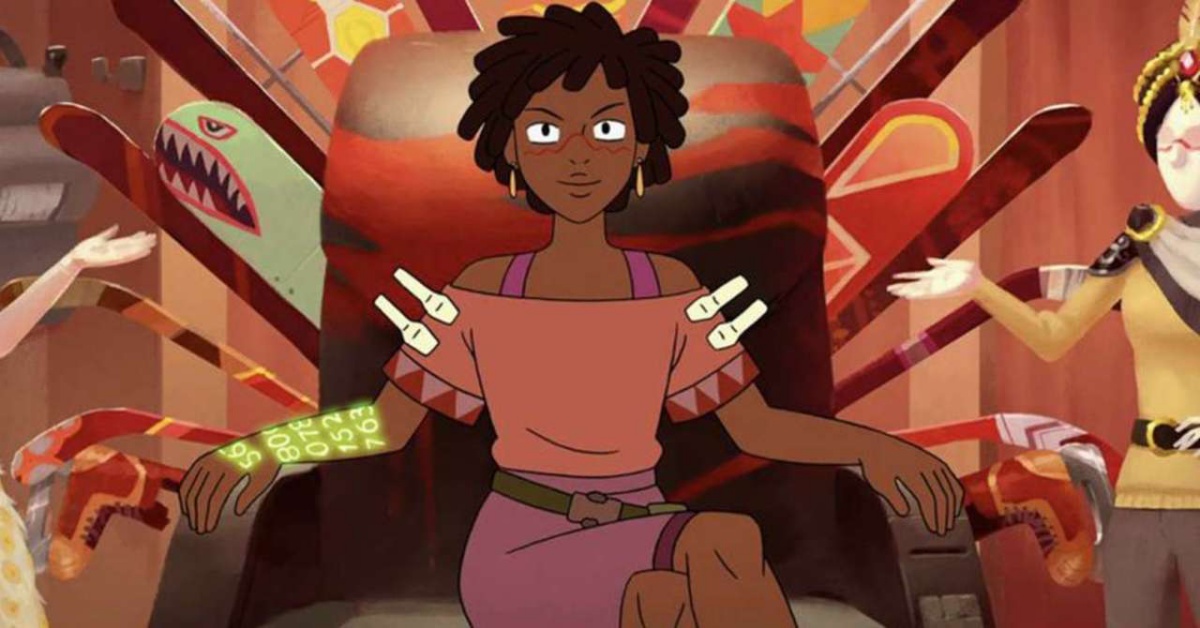 Films may not have gotten to properly shine this year, but animated series thrived both in terms of anime and Western animation. Considering that our own Briana Lawrence has been covering a lot on the anime side of things, I wanted to give some love to the Western Animated series I felt killed it this year—in no particular order, but I stand by my top two. 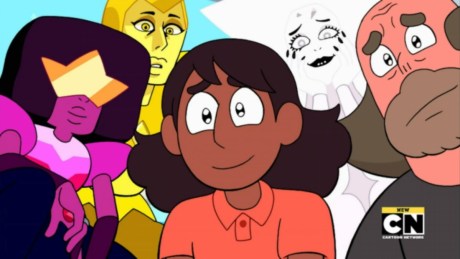 I already loved Steven Universe, but I think that Steven Universe Future took everything I loved about the original series and added some emotional weight to Steven himself. My sweet baby boy was forced to deal with the aftermath of creating world peace. As someone who spent his entire childhood trying to save the world, he didn’t have normal benchmarks of growth, and therefore, we watch that struggle play out in this series. It was a perfect way of ending a series that meant so much to me. Plus, it was nice to see the series grow a beard without attempting to change the core of the story too much. Dark doesn’t always mean grim.

2. She-Ra and the Princesses of Power 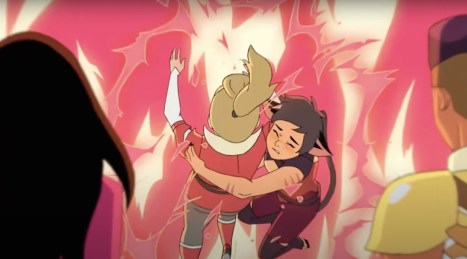 Within such a short period of time, Netflix’s She-Ra reboot has come and gone, yet with only 52 episodes, it delivered a more complete, heartfelt, and engaging narrative than many before. What it has done for LGBTQ animation cannot be overstated. Even at its most “conservative,” a lesbian couple has been in the intro card, and Bow had two fathers. It also delivered unto me Catra, one the best female characters in fiction in the past ten yes. No, that is not hyperbole. She-Ra is part of a new generation of shows where queer creators get to call the shots, and because of the work of shows like She-Ra, we will get to say that a show with a lesbian lead did well.

Perfect Episode: “Save the Cat” 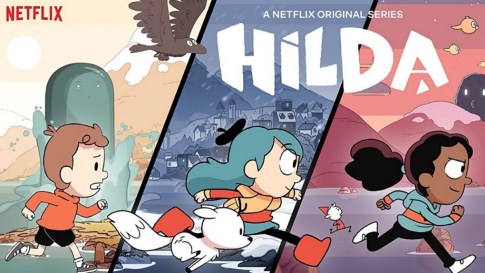 It took us two years to get it but Netflix finally released season two of Hilda, this month on Netflix. Our blue-haired heroine’s adventures feel like something out of a children’s fantasy novel (and it is based on graphic novels), but with its crispy animation, and storytelling it has absolutely gone above and beyond. This season especially, Hilda has been forced to deal with the consequences of her actions and understanding that sometimes being a thoughtful daughter is more important than being a protagonist. I loved that while keeping the colorful style it has been able to have some genuinely scary and haunting moments.

4. Kipo and the Age of  the Wonderbeasts 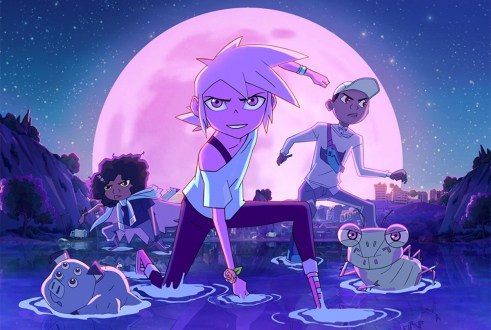 Everything about Kipo is astounding. Like She-Ra, it has been an incredible series filled with amazing diversity and progressive ideas while also telling a compelling futuristic story that is more concerned with what makes “humanity” good rather than what makes it terrible. Amazing voice acting, stellar fight choreography, and a soundtrack that hits 10/10. It is probably tied with Insecure for one of the best soundtracks of the year.

Perfect Episode: “The Astronomers in Turtlenecks” 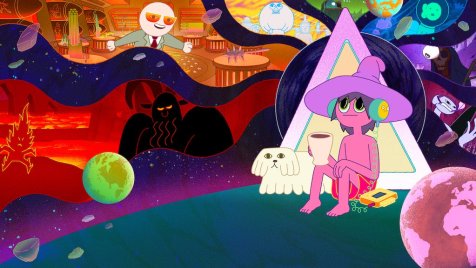 I debated if I was going to put Pendleton Ward’s The Midnight Gospel on this list, because it wasn’t something that I would rush to re-watch but it goes without saying that the show is compelling. Using interviews and framing them as part of a space-podcast with aliens, the series tackles philosophical subjects like death matched with some impressive graphics. Some episodes I watched twice just because the two narratives would sometimes overwhelm me, but there is no denying it was a fantastically done show that used animation spectacularly. 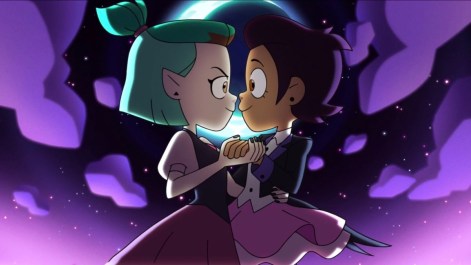 A female Dominican lead character learning magic and is also Disney’s first bisexual lead character? The Owl House would have already had a special place in my heart for all of those things, but it is also good. It reminds me of Star vs The Forces of Evil at its peak, but with all of the fun gay content, I longed for. The Owl House is the kind of show I would have made my personality as a kid, and as an adult … I can still make it my personality, but now I can buy my own merch. Plus it gets extra points for allowing Tati Gabrielle to shine. 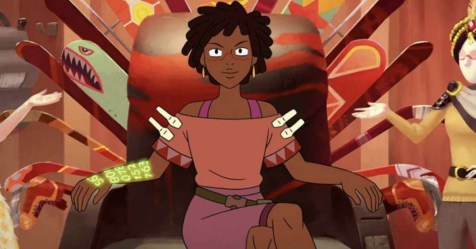 When I first heard of Infinity Train, I hadn’t expected it to be so emotionally complex. The train is a metaphor, but more than that it is an excellent storytelling device that allows the characters to grow and change organically. If you want to see well-done story arcs, watch Infinity Train. Also, you can get it done in like an hour. The show has been at risk for not being renewed because it has been labeled ” too mature for children” so it is up to us children at heart to pick up the mantel. 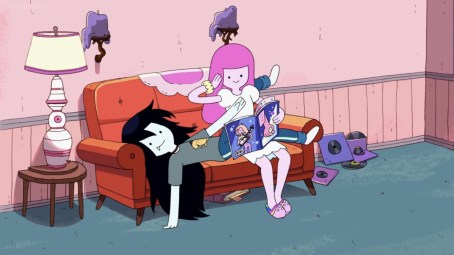 It is perfect. I wrote about it at length here and as someone who finished binge-watching Adventure Time for the first time this year, I am so pleased that the show used its jump from Cartoon Network to HBO Max to continue to be excellent, deliver a little bit of fan service, and just good, weird storytelling. Huzzah. With only two episodes, it has already become one of my favorite pieces of media! 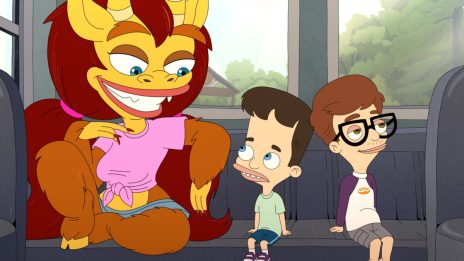 Big Mouth is a show that I understand is for some people … the worst. It is crude, gross, and sometimes crosses the line twice in a way that I just need to fast forward for ten seconds because I need to get past it. That being said, at other times, it so perfectly touches on the gross, frustrating insecurities of being a pre-teen. As much as we hate to admit it, this is the age that our personalities, mental health issues, and other long-term maladies start to form. Big Mouth makes those things comedy in the best ways. For this watcher, it just outweighs the misses. This season especially was the perfect combination of “wow this cuts too deep” and “oh Jesus why won’t this scene end?” 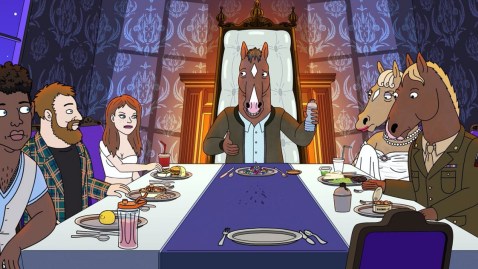 2021 is going to be the first year without BoJack Horseman. I am not ready. When we talk about the era of difficult men in media, among the ranks of Don Draper, Walter White, and Tony Soprano there must be BoJack. This talking horse took us on an emotional journey where we rooted for his successes and cringed at his massive failures. He was the perfect protagonist for a show like this and the narrative knew he wasn’t a hero. It chose to end not with him thriving, but him forever in a liminal space between accountability and ego.

Perfect Episode: “The View from Halfway Down”