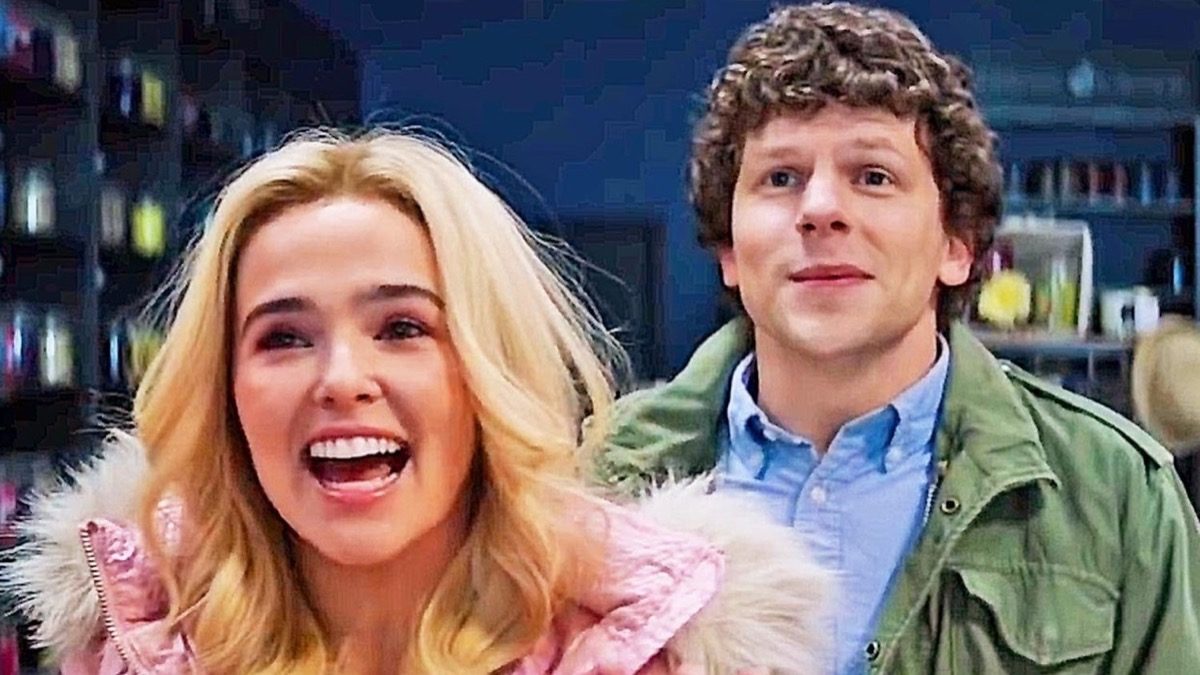 Zombieland: Double Tap is the belated sequel to the first movie—a zomcom dating all the way back to 2009, in a pre-The Walking Dead era.

The first film, originally developed as a spec pilot for a TV show, was funny and fresh. Zombieland starred Hollywood stars-in-the-making Emma Stone and Jesse Eisenberg, established actor of pre-True Detective fame Woody Harrelson, and Little Miss Sunshine’s Abigail Breslin as a group of survivors during the zombie apocalypse.

Ten years in, this bunch of Oscar winners and nominees reprised their roles for a second installment. Let’s face it, ten years is a really ambitious time frame for any sequel, let alone a movie like Zombieland that might not have aged as gracefully as we would hope. You would think that a decade is enough to acknowledge the film’s faults and keep its best elements to create an original, refreshing, and interesting sequel.

**Spoilers for Zombieland and Zombieland: Double Tap ahead.**

In stark contrast, Zombieland: Double Tap feels outdated and, quite frankly, unexciting, which is pretty disappointing for a zombie comedy.

This is crystal clear as soon as the movie introduces Madison (an appallingly underused Zoey Deutch), an extremely offensive “dumb blonde” stereotype. The new movie claims ten years have passed for its characters, except its writers seem to still live in 2009 where, they would have gotten away with such a pathetic cliché.

Brace yourself: “dumb blonde” is the actual character description on the movie’s Wiki page. Elle Woods didn’t go to Harvard Law in 2001 to have people still use this trite trope 18 years on.

Double Tap sees pink-clad Madison seducing Columbus (Eisenberg) after he has been dumped by Wichita (Stone). As the latter returns, the movie does its best to portray Madison as the comic relief for the group, the one everybody is supposed to make fun of and roll their eyes at.

Even when she comes up with a profitable, albeit perhaps a little too modern, concept for 2019 Zombieland,a service where drivers pick up passengers in their own cars—which, sure, sounds a little weird if you think about it—her idea is seen as nothing but laughable.

While this suggests there might be more than meets the eye with her character à la Legally Blonde, it’s a very short moment with no weight for her character overall. Madison is supposed to fulfill the blonde stereotype requirements once again, without proving to the gang or the audience she’s more than just The Hot One.

And what’s worse than this uncomfortable portrayal of women is that Double Tap goes all in and takes literally two seconds to pit too cool, badass Wichita against Madison over Columbus. Boring.

It looks like the Zombieland universe only allows for two kinds of women, denying female characters any complexity. Little Rock (Breslin), for example, is as rebellious as her older sister. Even when new character Nevada (Rosario Dawson) meets the gang, it’s obvious she’s one of the “cool chicks” created by the male gaze.

These female characters aren’t the only new, cliché additions to the gang. Berkeley (Avan Jogia) is a musician and a pacifist and yet another stereotypical character whose only purpose is to convince Little Rock to follow him to a safe haven called Babylon and push the story forward.

But then again, fully fleshed out characters aren’t exactly Zombieland’s forte. The four protagonists are heavily stereotyped and mono-dimensional to the point that two of them, Columbus and Tallahassee (Harrelson), bump into their own doubles—Flagstaff (Thomas Middleditch) and Albuquerque (Luke Wilson)—in a similar fashion to 2004 zombie comedy Shaun of the Dead.

This second chapter also introduces new zombie types. This could have been an interesting element if only the supposedly fearsome super-zombies, named T-800 after Terminator, did something other than just being killed by the group before the mandatory, predictable happy ending.

Despite its (very few) funny bits, Zombieland: Double Tap is at least five years late. Development took so long before director Ruben Fleischer, producer Gavin Polone, and writers Rhett Reese and Paul Wernick—joined by Dave Callaham—got to work back together that fans rightfully expected more than a lackluster zombie tale with nothing new to say. Yawn.