Zombieland 2 is Finally Happening with the Original Cast on Board

Hold onto your twinkies! 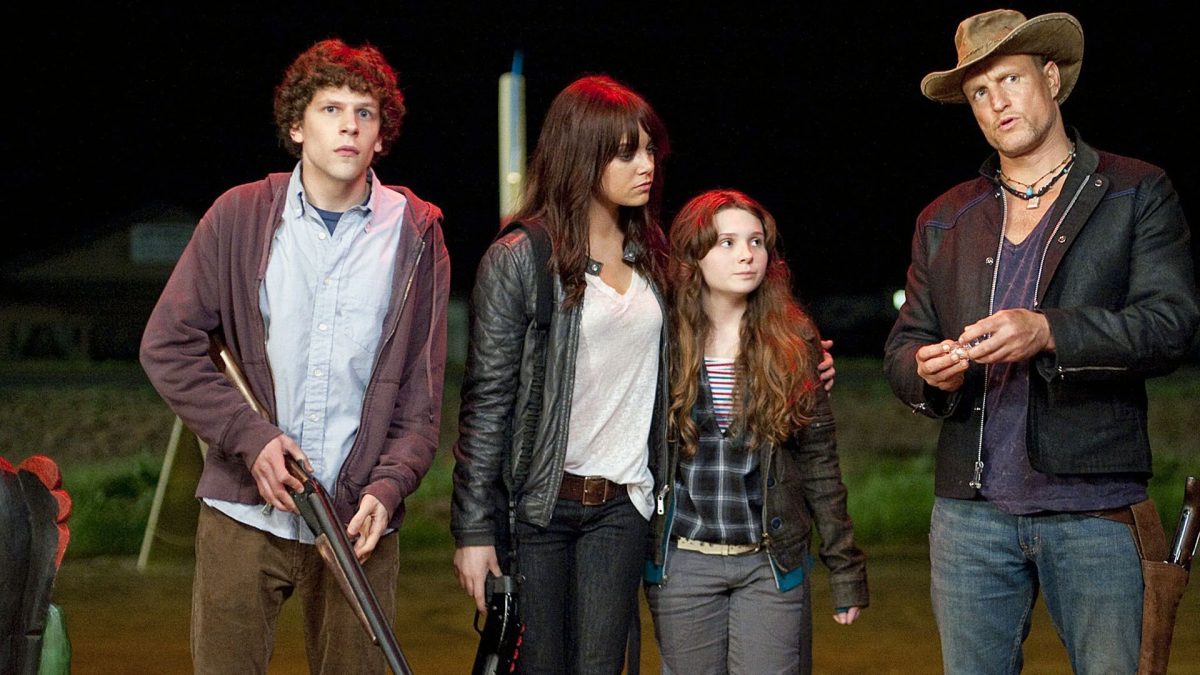 Nearly a decade after the first film hit theaters, Zombieland 2 is finally coming together. The original cast is returning for the sequel, including Jesse Eisenberg, Woody Harrelson, Emma Stone and Abigail Breslin. Writers Paul Wernick and Rhett Reese are back, as well as director Ruben Fleischer. The sequel to the popular horror comedy film is set to shoot in January, with an October 2019 release date on the tenth anniversary of the first film.

Columbia Pictures president Sanford Panitch said, “This is one of those projects that fans have wanted to see happen for a long time — and no one wanted to see it happen more than Emma, Woody, Jesse and Abigail. These are some of the most in-demand actors, and I think they are making this movie because they love these characters. We are thrilled Ruben was willing to come back to direct the sequel, as his work on Venom has been truly amazing.”

Details about the sequel’s plot have been kept tightly under wraps, but is said to follow the makeshift family unit as they take on more evolved zombies and fellow survivors in post-apocalyptic America. The sequel has been in works for some time, but juggling the schedules of its four increasingly in-demand leads has proved challenging.

Since 2009, Emma Stone has won the best actress Oscar for her role in La La Land and has become one of the industry’s most bankable stars. Jesse Eisenberg has joined the DCEU as Lex Luthor, while Woody Harrelson has appeared in two of the biggest franchises of the last decade with his roles in the Hunger Games films and Solo: A Star Wars Story.

Meanwhile, Paul Wernick and Rhett Reese have rocketed to the A-list by writing both Deadpool movies, and Fleischer has just wrapped shooting Venom with Tom Hardy. A Zombieland television spinoff was in the works, and a pilot was shot for Amazon Prime but ultimately never went to series.

Zombieland revitalized the long dormant horror genre, paving the way for series like The Walking Dead, Z Nation, and Santa Clarita Diet. In a pop culture landscape now littered with zombie projects, do audiences have zombie fatigue or will the Zombieland franchise come back from the dead? We’ll have to wait until next year to find out.