Did You Love Zoey’s Extraordinary Playlist as Much as Us?

It's a musical delight! 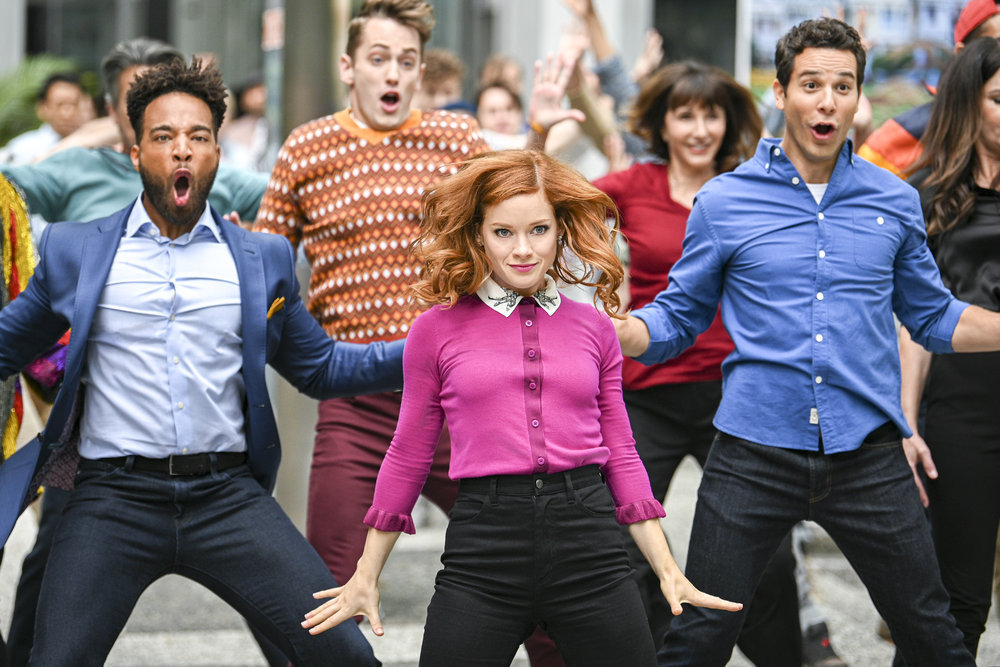 I have a new heart-warming dramedy obsession as of last night. It’s Zoey’s Extraordinary Playlist on NBC and it’s the definition of delightful.

In case you missed the premiere last night, Zoey’s Extraordinary Playlist starts off following the regular life of Zoey Clarke (Jane Levy), a coder working in an Apple-esque company and coping with a father slowly succumbing to a degenerative nerve disease (That prevents him from speaking). I said it was a dramedy, remember? Things get weird though when Zoey undergoes a precautionary MRI and an earthquake hits, messing up not just the MRI but the music playing inside it.

It’s a silly way of explaining how Zoey suddenly is able to hear – and see – the soundtracks to people’s lives. 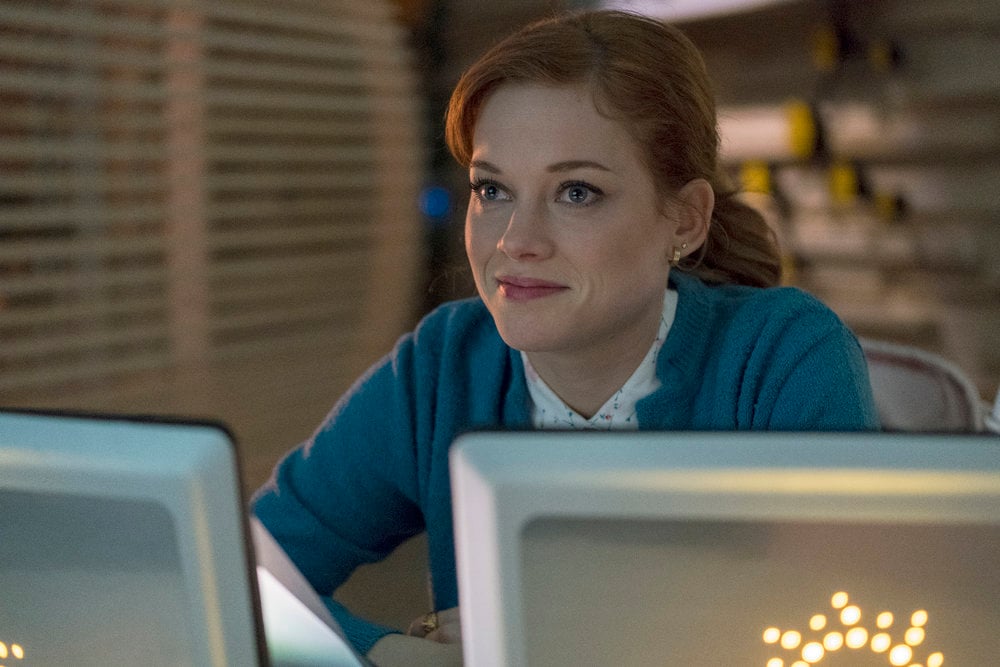 Zoey’s new power manifests itself in full-on musical performances by the people around her. Sometimes they sing to her, sometimes they dance, and, I assume as the series goes on, Zoey will start singing with them. The music is an eclectic mix of pop anthems from The Beatles “Help” to DJ Khaled’s “All I Do Is Win.” The premise actually works well – it’s just weird enough to be novel, but it instantly gets to the idea that most people are hiding a lot of pain behind their smiles…and they process it through music. (Think more like Crazy Ex-Girlfriend rather than Glee.)

We all have a soundtrack, be it the songs playing on a loop in our heads (for the last month mine have been: “Toss a Coin to Your Witcher” and “The Magical Mister Mistopheles” and side note: HELP ME) or something else entirely. What I love particularly is the idea of making that external and giving an introvert like Zoey the power to see the musical numbers most of us always imagine we’re in. 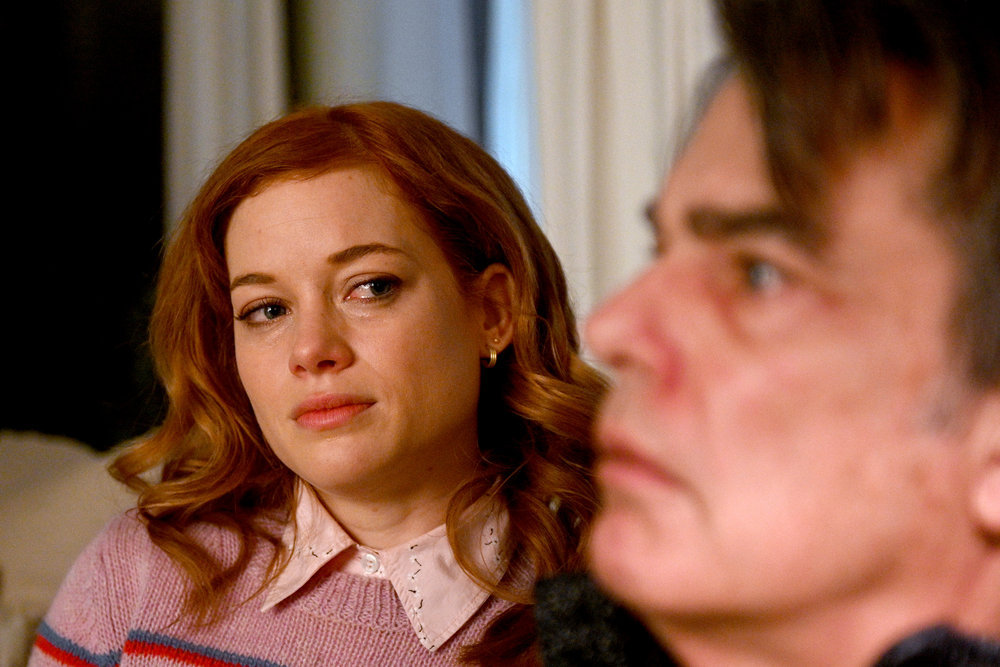 Here’s when we start crying.

But it’s not all silliness. There’s real workplace sexism and loss in the show too. But the pathos comes from the fact that Zoey’s new power allows her to connect and communicate with her non-verbal father for the first time in months. Reader, I cried profusely as Peter Gallagher stood up and sang to his daughter for the first time. It was so sweet and moving.

Zoey’s Extraordinary Playlist is dreamy, bright and unreal – from the songs and dance to the incredible office and huge apartments in San Francisco. It’s such a fun premise and the cast is just amazing! From Gallagher and Mary Steenburgen (who had her own real-life brush with her brain doing things with music after a medical procedure) as Zoey’s parents to Lauren Graham as Zoey’s no-nonsense boss, it is seems as if the cast is just busting with talent. It also includes Pitch Perfect alum Skylar Astin as Zoey’s co-worker and bestie and John Clarence Stewart as another co-worker and the third part of a little love triangle (both men being incredible in the pilot). 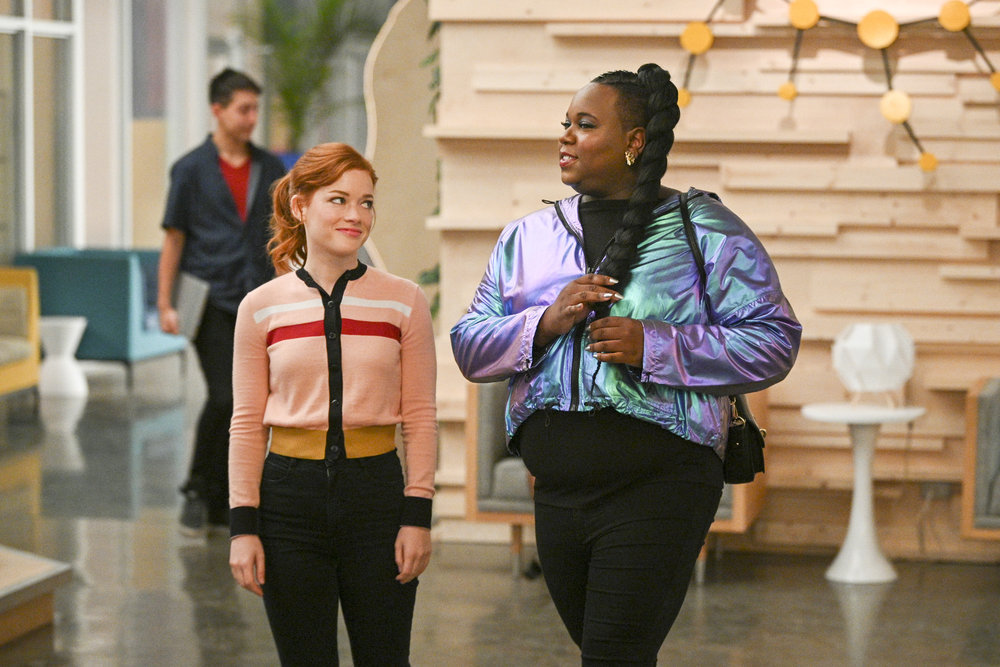 Levy and Newell as Zoey and Mo.

My favorite cast member, however, has to be Alex Newell as Mo: Zoey’s neighbor and confidante about her power, who sings all her feelings before Zoey gets her zap. She’s so funny and I can’t wait to see her let loose more with that amazing voice. Levy herself holds the whole thing together with a great deal of heart and spirit. She reminds me so much of Felicia Day, but she’s her own version of the nerd girl too and I love it. I just can’t wait for her to start singing.

In general, I’m really curious to see where this show goes and how long they can sustain such a high concept. But so far it’s incredibly fun and I’m ready for more. The series doesn’t continue until February 16 in its regular Sunday time slot, but you can catch the pilot any time on the NBC app or website. If you’re a fan of musicals and TV with heart, then I definitely think you should catch up on Zoey’s Extraordinary Playlist.

What did you think of the pilot, Mary Suevians? Let us know in the comments below!