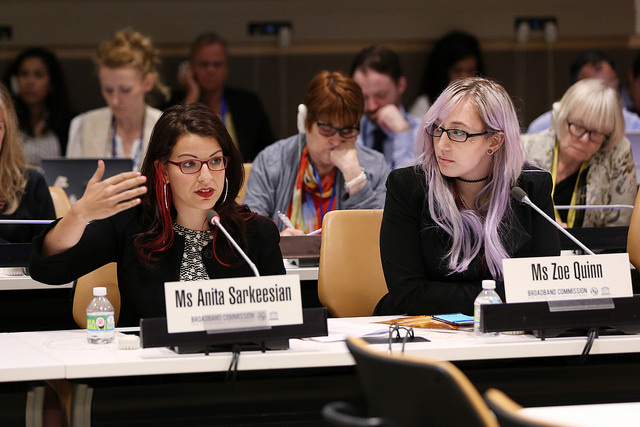 Both Zoë Quinn (who was at the epicenter of GamerGate) and Anita Sarkeesian (who got sucked into its gaping maw) have dealt with a lot of hot garbage at the hands of sexists on the Internet (and IRL) whose “solutions” to women having voices in online spaces are harassment and abuse. They would each have every right to complain and be angry. Instead, they are using their experiences to fuel projects that make serving other women the focus. 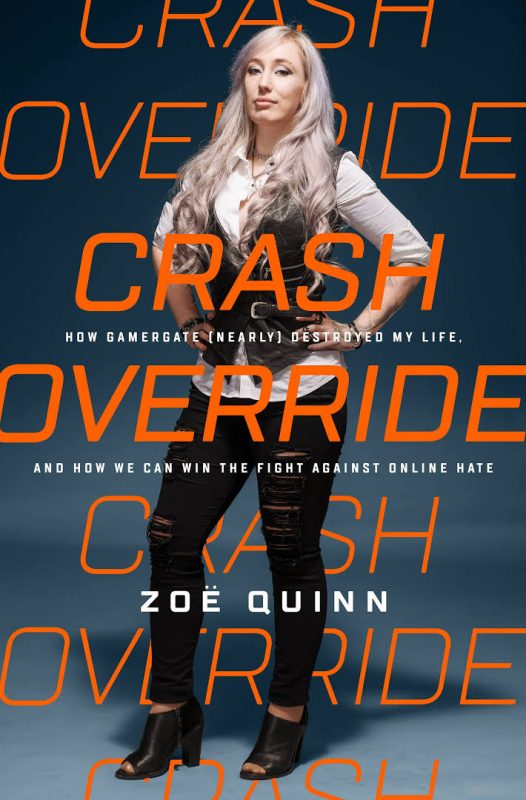 Zoë Quinn’s new book, Crash Override, is in part a memoir about her life, the events leading up to GamerGate, and what happened to her during the worst of August 2014. However, as Polygon put it in a recent profile on her, “Quinn’s book is not the story of a victim. It’s the story of a fighter…In the years since GamerGate, she’s helped others who face online abuse. She fought in the courts, alongside politicians, in the media and even at the United Nations. This book is another moment in her fight, an opportunity to speak truth to her tormentors, and to the powers that enabled GamerGate and continue to enable online hate campaigns.”

And here is what makes the book truly worthwhile. Far from being a woe-is-me tale, it becomes a how-to book in dealing with, and fighting, online harassment, and so Quinn takes the focus off of herself and places herself in the service of other women and marginalized people to aid in tackling the problem wherever it lives.

She affirms that being female, or in other ways marginalized, in the online space isn’t a contest, and that no one should judge their emotional responses to harassment based on how “much” or how “little” they’ve suffered. Quinn writes, “There is no ‘should’ when it comes to emotionally reacting to this. Feeling hurt or scared isn’t ‘letting it get to you.’ It’s crucial to accept your feelings so you can start to process them … Online abuse is kind of like finding shit in your food. It doesn’t much matter if it’s a little turd or an entire shit sandwich.”

Quinn also makes sure to give space to people of color in the book so that they can tell their stories in their own words as she acknowledges that, as a white woman, there are others who suffer harassment and vitriol online in a way that will never happen to her. As Polygon reports, “As one of her interviewees points out, there is no talking about sexist abuse online without also talking about race.”

Lastly, in addition to the book, Quinn has set up the Crash Override Network, a helpline, advocacy group, and resource center for anyone experiencing online abuse.

Meanwhile, Anita Sarkeesian’s upcoming new book, History vs. Women, is entirely devoted to other women. Specifically, it’s devoted to the stories of women who, while they played a large role in history, are largely ignored. Very much in the spirit of Feminist Frequency’s video series, Ordinary Women: Daring to Defy History, History Vs. Women tells the tales of twenty-five amazing, brilliant, and intriguing women throughout history.

In fact, one of Sarkeesian’s biggest problems in creating this book was in narrowing the awesomeness down. As reported by Bustle, the book’s writers had “to be quite mercenary when it came to determining who was going to be in” the book, according to Sarkeesian, who says “[i]t really hurt to leave out the fiery, unapologetic Emma Goldman, who never ceased advocating for complete social revolution.” Sarkeesian also laments having to exclude Mary Bowser, an escaped slave-turned-Union spy, whose story has recently been fictionalized by Lois Leveen as The Secrets of Mary Bowser.” However, the women who are featured are equally amazing.

Sarkeesian tells Bustle that it’s just as important to capture the stories of overlooked women doing amazing things now, before their tales are lost to history. She offers a shortlist of women we should be keeping an eye on today, like Black Lives Matter founders Alicia Garza, Patrisse Cullors, and Opal Tometi; or artists Kara Walker and Judy Baca; or the original “intersectional” feminist Kimberlé Williams Crenshaw.

She then says, “And that’s a pretty North American-focused list. When we step back and take in the thrilling tapestry of brilliant women across the globe … it’s truly inspiring. To paraphrase the title of a landmark feminist anthology, we’re all traversing a bridge built on the backs of women of color. It’s important that any work of this nature reckon with that fact.”

It’s amazing to see how both Quinn and Sarkeesian have taken the things they’ve been through and turned them into energy to be of service to others, taking what started out as simply being interested in video games and the internet while female and turning it into a life’s work. I’m looking forward to reading both of these.

Crash Override by Zoë Quinn is out now, while Anita Sarkeesian’s History Vs. Women is set for release next year.