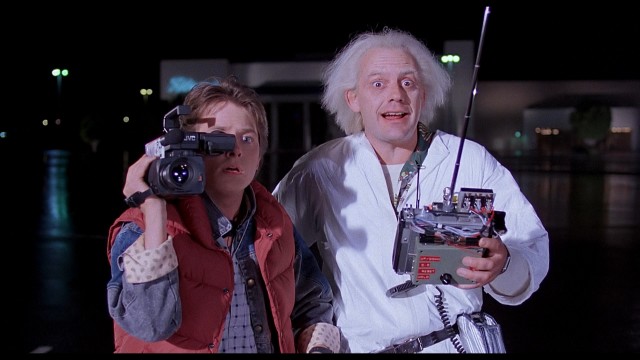 Why would you remake one of the greatest movie franchises of all time? For the giant mountain of money of course, but Robert Zemeckis won’t be tempted by such riches; he’s happy with Back to the Future, and he’d like to stay that way, so he’s putting his foot down on remakes as long as he’s alive—and maybe even after if it’s within his (flux) capacity. This is heavy.

Say what you will about its sequels, but Back to the Future is an incredibly solid movie on all fronts. Sure, the special effects may have shown a bit of age since 1985, but they were used sparingly in the first place and don’t really break suspension of disbelief more than CGI in plenty of modern movies. But the idea that a remake might not be able to top the original material is lost on Hollywood, so it’s lucky for us—or unlucky for today’s kids who won’t get their own version of Back to the Future, depending on your opinion—that Robert Zemeckis has our backs.

Speaking to the Telegraph, Zemeckis basically said “over my dead body,” and he actually has the (necessary 1.21 gigawatts of) power to make good on that:

Oh, God no. That can’t happen until both Bob [Gale, his co-writer] and I are dead. And then I’m sure they’ll do it, unless there’s a way our estates can stop it.

I mean, to me, that’s outrageous. Especially since it’s a good movie. It’s like saying ‘Let’s remake Citizen Kane. Who are we going to get to play Kane?’ What folly, what insanity is that? Why would anyone do that?

See, when Zemeckis and Gale wrote Back to the Future, it was stipulated in their original contracts that they maintained authority over any and all future Back to the Future installments. Perhaps they were carrying a book of future Hollywood financial data around in their pockets, because Zemeckis admits that with the fanbase of the originals, a remake would be an absolute inevitability at this point if he hadn’t shown such incredible foresight.

In fact, he’s already seeing the remake machine happen to another, much less well-known movie he directed, Romancing the Stone, but he has “no power over that.”

So for now, we’re all safe from the 2015 BttF remake in which Marty McFly—played by someone who isn’t even Michael J. Fox so what is the point—travels to the long-gone glory days of… 1985. I can’t thank Robert Zemeckis enough. Hopefully he can find a way to ensure that his estate can continue to shut down any future remakes—for his own safety at the very least. There’s only so long before the rest of the remake well runs dry and Hollywood comes looking for those rights.