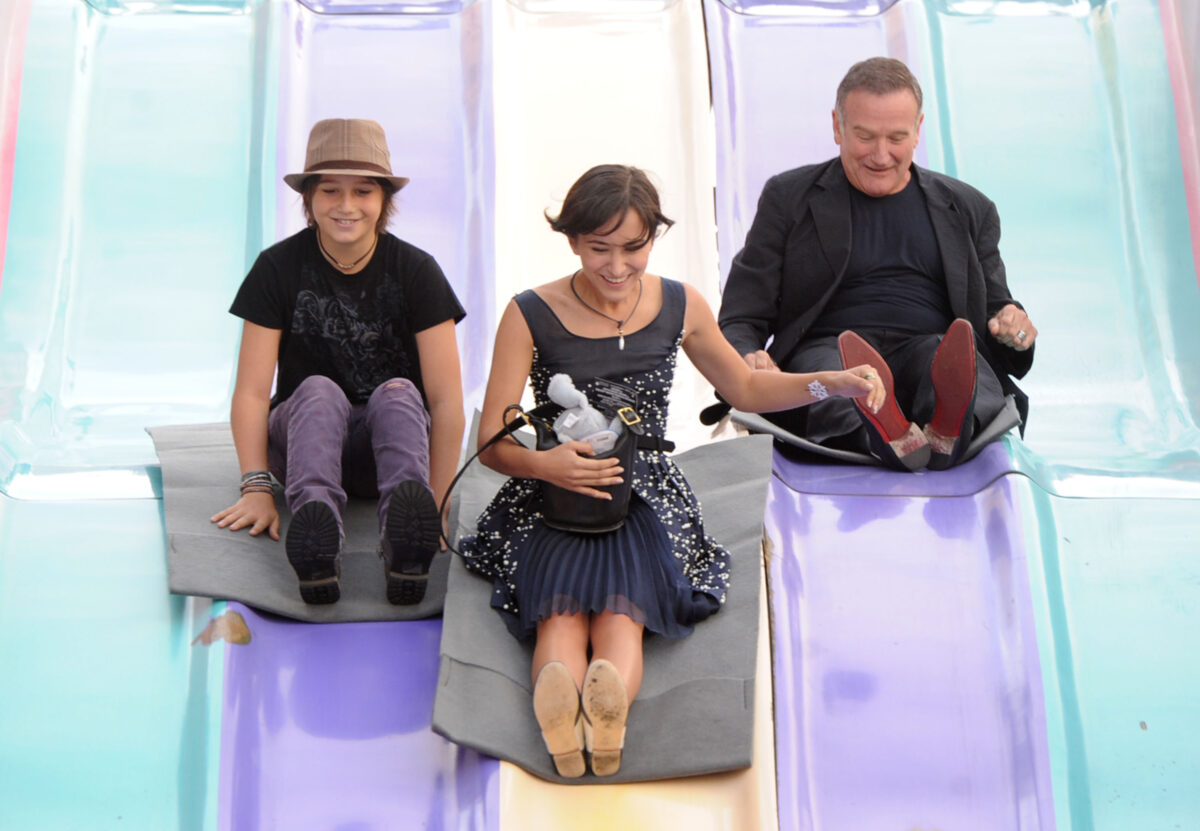 Zelda Williams continues to make me cry with memories of her father, getting the Genie in one of those character quizzes, and now by calling out Eric Trump for sharing a video of Robin Williams from 2012, where he jokes about Joe Biden. Eric Trump decided to share the video, acting as if it showed Williams and his political stance while his father battles Biden for the presidency.

Williams died in 2014, 6 years ago, meaning that was a joke about the then-current vice president—one that many comedians were making, as they are wont to do—but Zelda Williams wasn’t having Trump’s attempt at using it to attack Biden during the current election and shared a tweet calling it out.

(Please note I had to go out of my way to watch what Eric Trump posted because he blocked me when I asked him to apologize for saying that 35 million Americans were not even people to him since we didn’t vote for his father—just to put into perspective how monstrous the entire Trump family is.)

While we’re ‘reminiscing’ (to further your political agenda), you should look up what he said about your Dad. I did. Promise you, it’s much more ‘savage’.

Gentle reminder that the dead can’t vote, but the living can ♥️ https://t.co/CXDTovG5yo

What’s great is that Eric Trump, after literally being dragged through the mud by Robin Williams’ own daughter, still left the tweet up—but even better is that many went to look for what Robin Williams did have to say about Donald Trump, and while his comments on Biden were just making fun of the Uncle Joe mentality that we all had while Biden was vice president, his comments on Trump hit right into Trump’s shady business practices and his predatory behavior towards women.

But it’s like Zelda Williams said: The dead can’t vote, but the living can, and while I cannot speak for Robin Williams, I’m pretty sure that he saw the predatory nature of Donald Trump back in 2012 (and probably long before that) and wouldn’t have rallied behind him.

Eric Trump selectively weaponizing footage of a comedian who was dead long before his racist father ended up the president is a low blow. Anyway, comedians like Williams and George Carlin continued to call out the problems in this country and how we should address fixing them, but of course the Trump family doesn’t want to use those clips of dead comedians because they’d have to admit that the Trump administration is among the worst this country has seen.