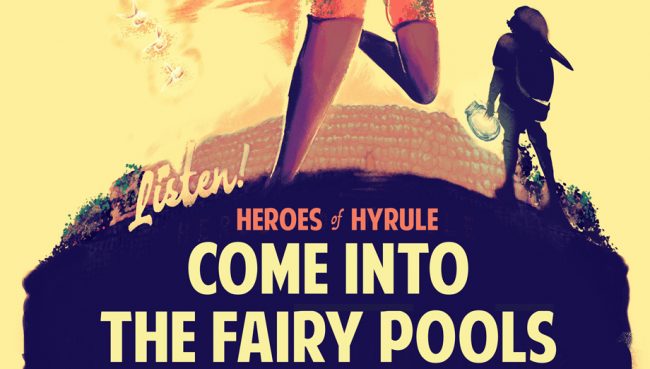 Just try and resist the spell of graphic artist Fernando Reza’s gorgeous Legend of Zelda “propaganda.” Designed to evoke old-fashioned wartime calls-to-action, you’re sure to feel a patriotic rush to save the Kingdom of Hyrule from Ganon and rescue the Princess. I haven’t felt this motivated in ages.

Reza, a.k.a. “Fro,” who is based in Los Angeles, has a lot of stunning work on his site—including a line of Mario propaganda posters that preceded Zelda’s.  He tells me that this set was created in preparation for a book due out next year. At current, the posters are available as individual prints. Fro’s favorite Zelda game is “definitely Majora’s Mask,” but his deep appreciation for the entire series, its history, characters, and complex storylines is evident in the beautiful renderings he’s created. The gameplay in-jokes and tongue-in-cheek homage to propaganda posters past make these all the more awesome.

Take a look, and try to tell me you’re not ready to join up for the glory of Hyrule: 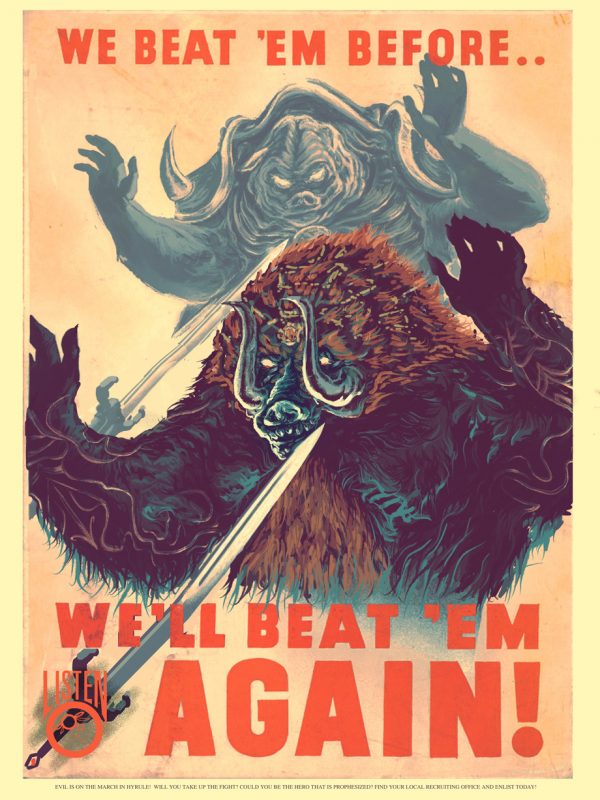 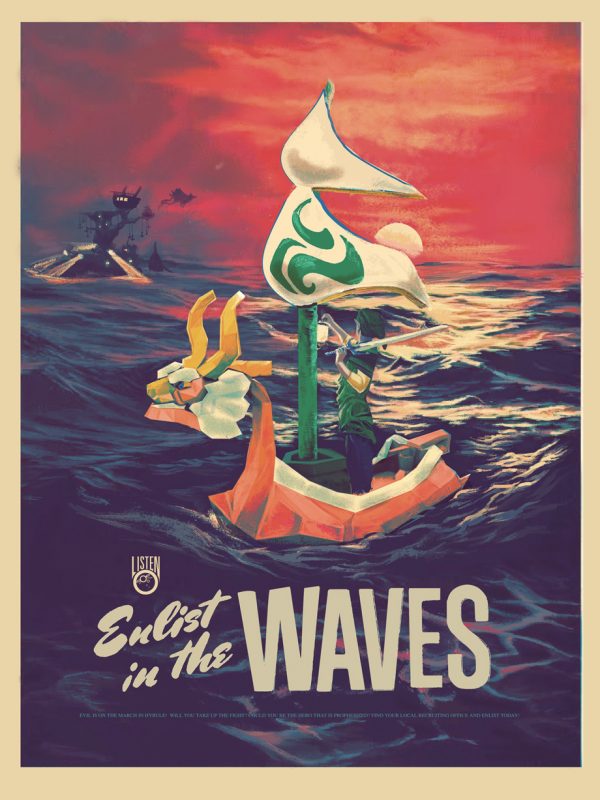 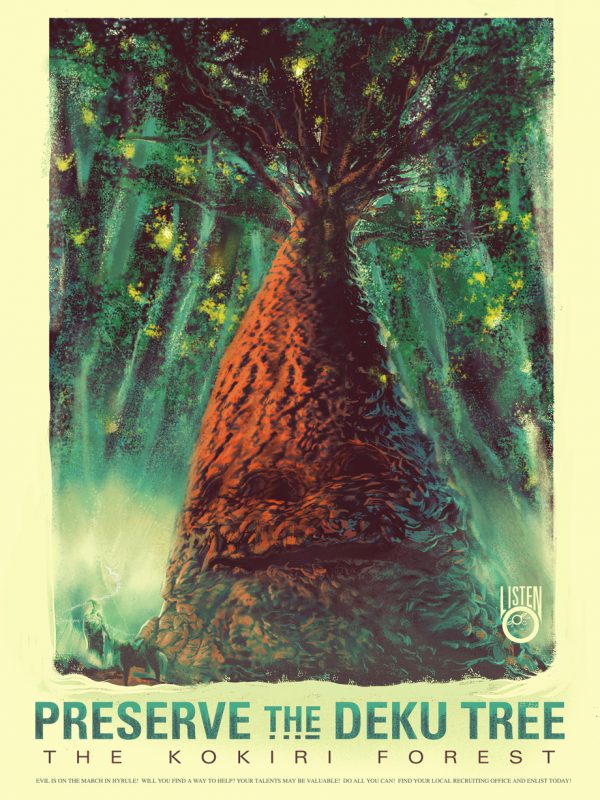 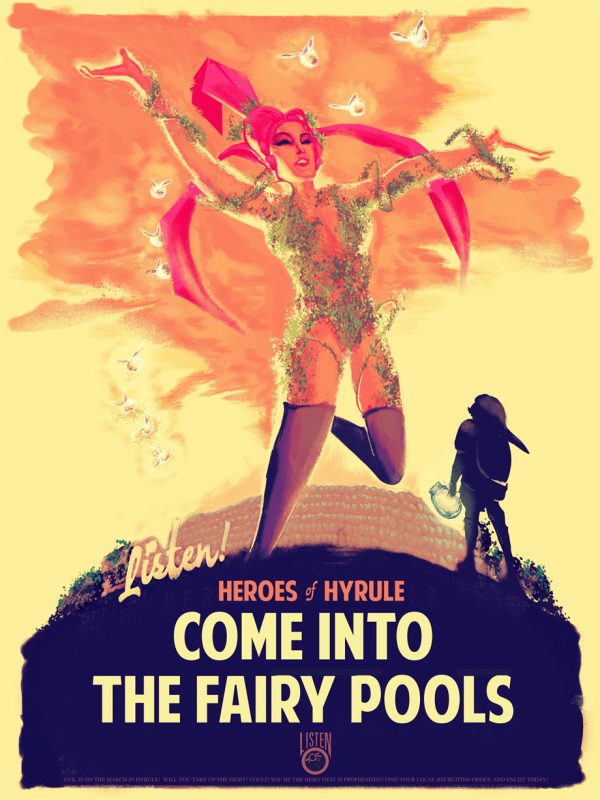 “Lady in the Fountain“ 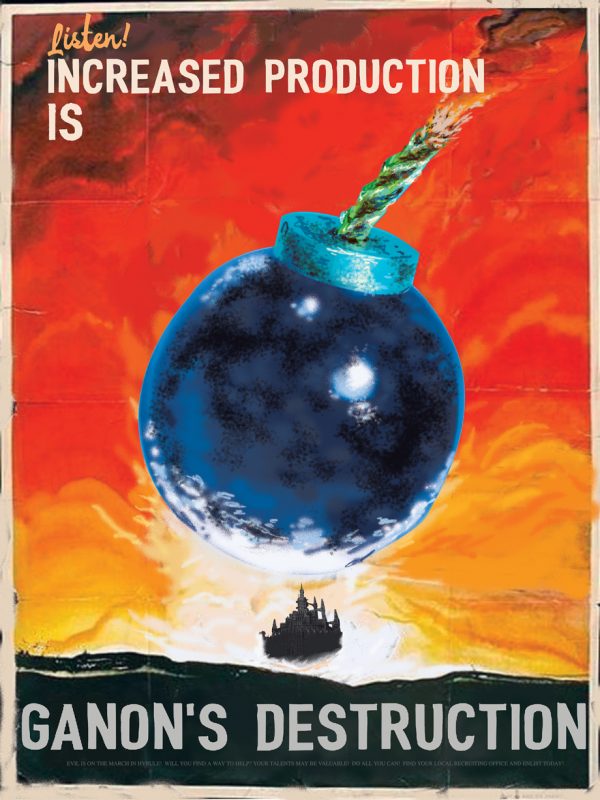 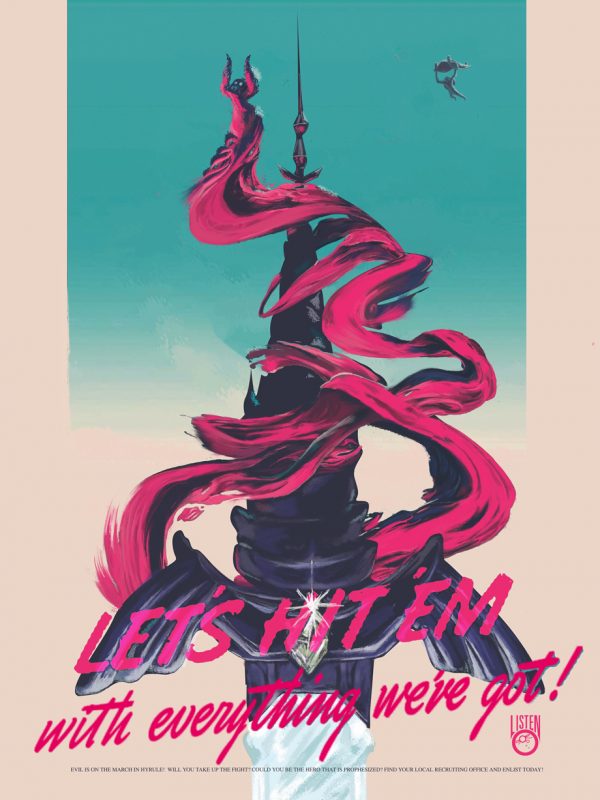 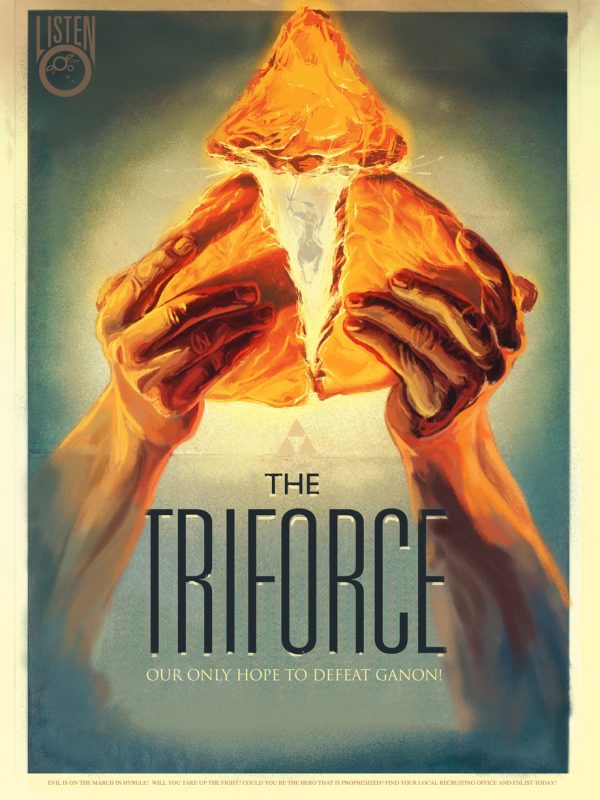 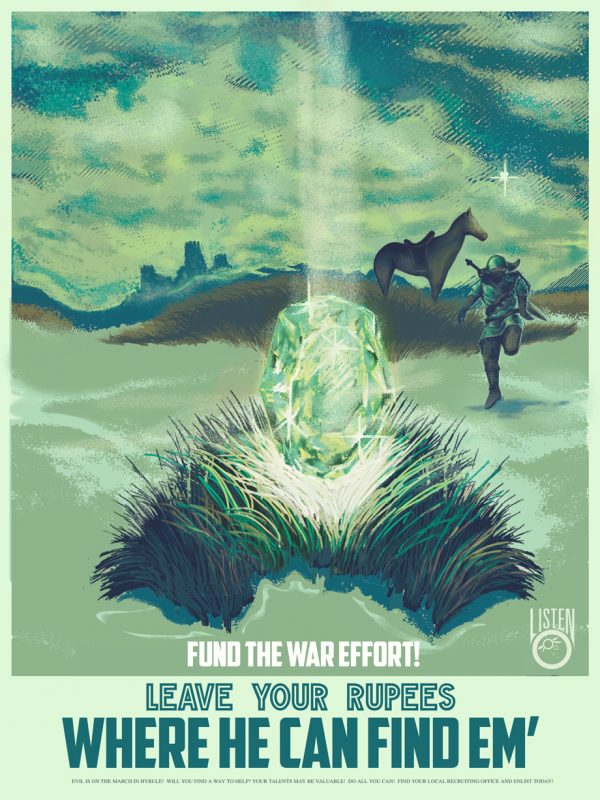 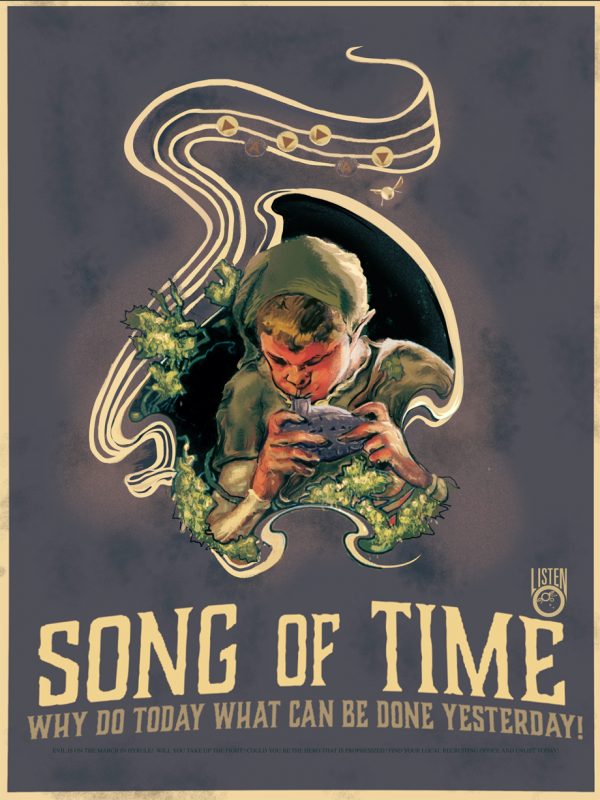 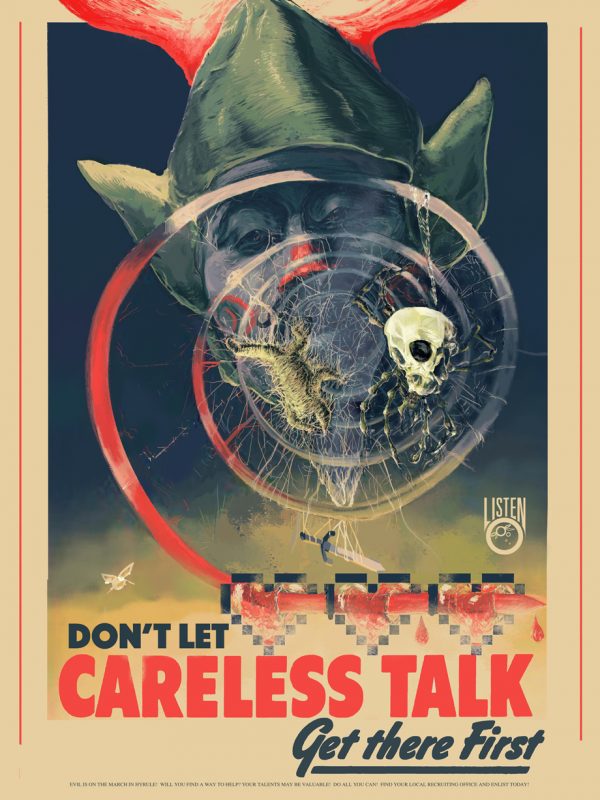 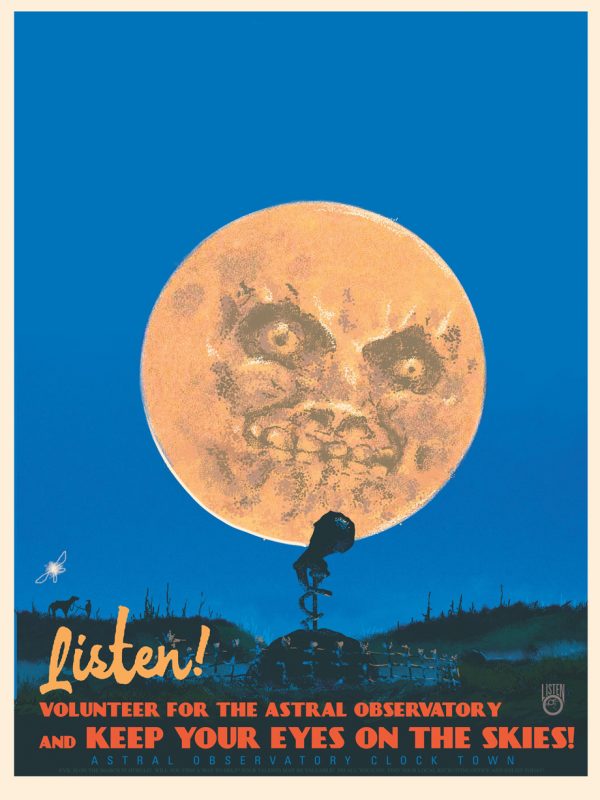 [Ed note: I love the way Fro has perfectly captured the game moon’s deranged expression this is so delightfully creepy and may be my fave although faves are hard to pick here] 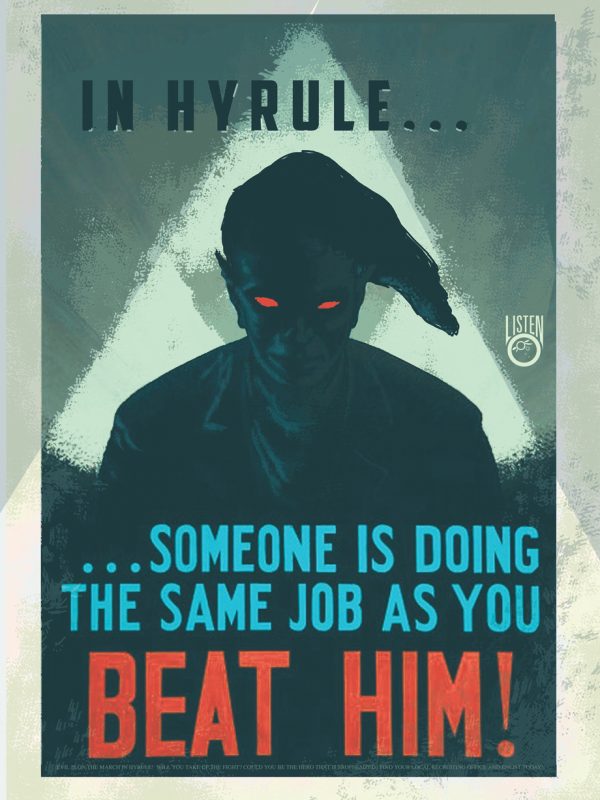 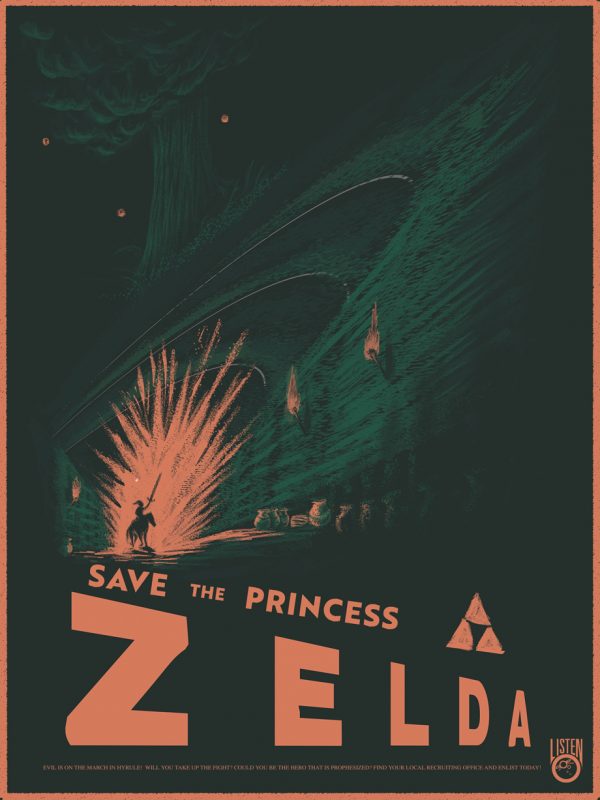 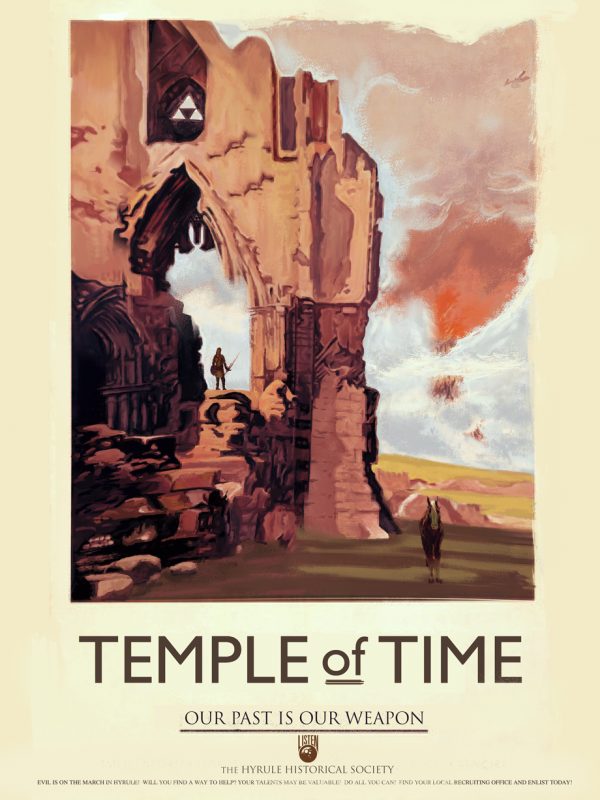 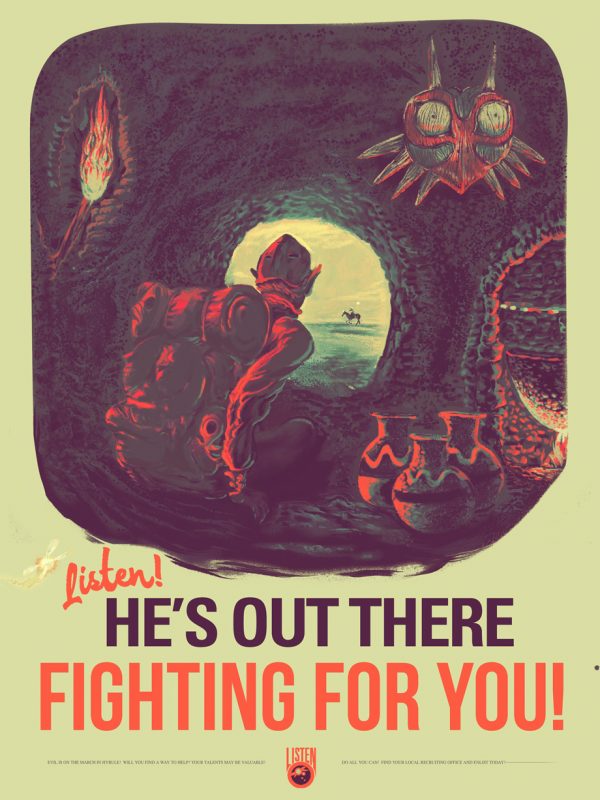 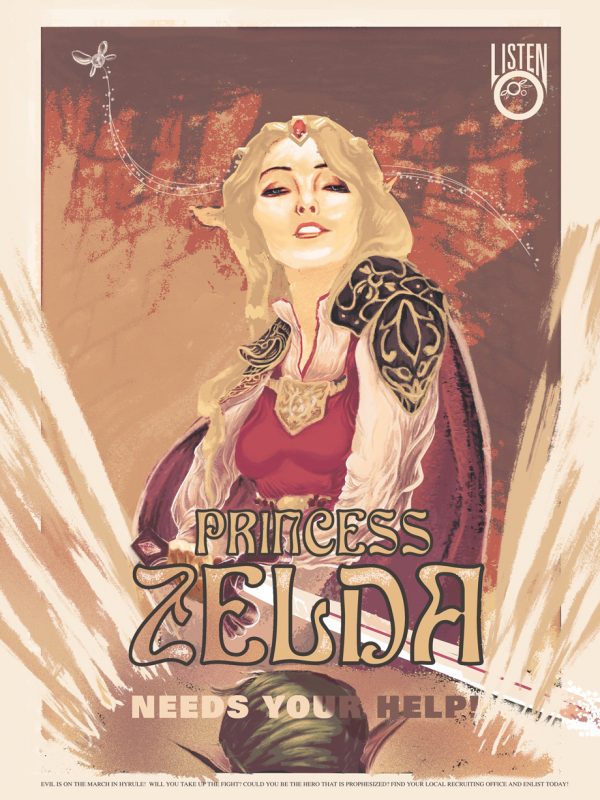 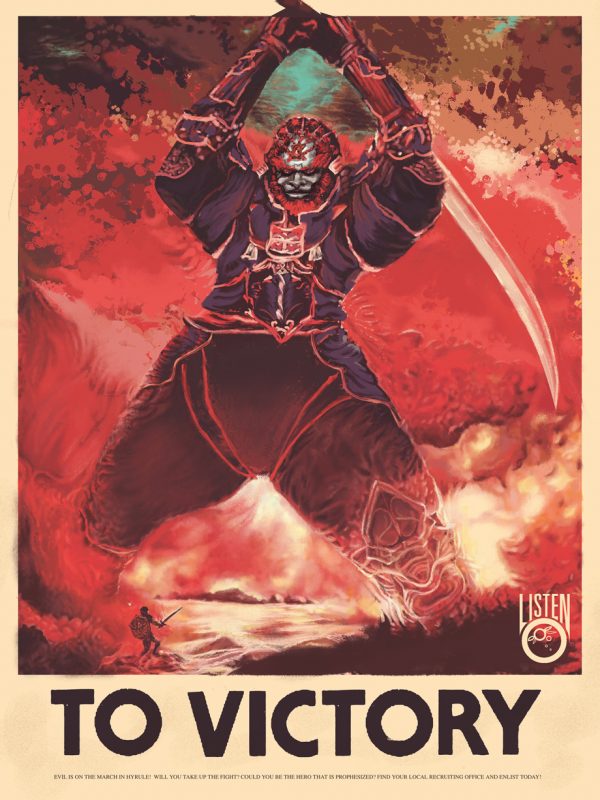 After spending time with this extraordinary propaganda as I upload the pictures, I feel a mighty urge to break out my ocarina and also my Nintendo 64 from storage. I’m finding it impossible to pick just one favorite from Fro’s collection—each creation is so deliciously varied in composition even as they hold to the tone of rallying the Hyrulean population. So, are you ready to enlist or at least start leaving your rupees in the bushes for green-hatted heroes to find?