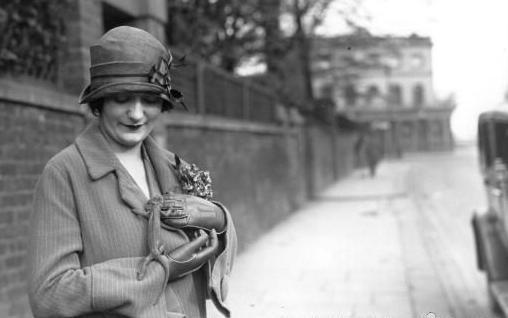 How many Zelda Fitzgerald biographical movies does the world need? Two, apparently. And two of Hollwood’s most famous A-list female stars–Scarlett Johansson and Jennifer Lawrence–will be taking on the role of “the first American Flapper.” Or, at least, that’s what her husband F. Scott Fitzgerald called her.

As for whether both of these biopics will make it all the way to production, though… well, that remains to be seen. Remember back in 2011 when there were two biopics about Linda Lovelace in the works? One of those two movies did come out, but the other ended up getting axed due to lack of financing. The shelved Linda Lovelace biopic was slated to star Lindsay Lohan, who may not have been considered to be a bankable star at that point in her career.

On the other hand, Jennifer Lawrence and Scarlett Johansson are both considered to be very bankable stars indeed, so it seems more likely that both of these movies might actually happen. The good news is that they’re going to be very different movies… as for whether that’ll be enough to convince audiences to attend both, I really can’t say, but here are the plot descriptions via THR:

The [Jennifer] Lawrence project, titled Zelda, boasts some impressive names including Ron Howard, who is developing it with an eye to direct … The [Scarlett] Johansson project is titled The Beautiful and the Damned, a play on the F. Scott Fitzgerald classic The Beautiful and Damned, which was a thinly veiled chronicle of his own marriage.

So, basically, Lawrence’s movie will be more of a straightforward biopic, whereas Johansson’s movie is an adaptation of a preexisting play that was semi-biographical. Both movies have women tapped to write them, with Emma Frost writing the Zelda screenplay, itself based on a biography by Nancy Milford of the same name. Meanwhile, Hanna Weg is behind the screenplay adaptation of The Beautiful and the Damned, which doesn’t yet have a director attached.

Zelda Fitzgerald’s story is a fascinating one that deserves to be told, perhaps even multiple times. She was an author in her own right whose work was often ignored in favor of her husband’s, and later in life, she got diagnosed with schizophrenia and sent to an institution. She also famously served as the “muse” for F. Scott Fitzgerald’s work, with many critics having long noted the parallels between Zelda and Daisy Buchanan’s character in The Great Gatsby. Plus, of course, he put her directly in The Beautiful and the Damned.

That said, by adapting The Beautiful and the Damned into a movie, it seems like that film will still be positioning Zelda Fitzgerald’s life through the eyes of her husband, which might not be the best lens through which to view her–particularly since that’s a perspective on her that’s already famous. Meanwhile, Zelda will be taking a different direction, what with women writers behind both the biography and the screenplay adaptation.

Of course, we’ll have to wait and see whether both of these movies even unfold at all as planned, and judge them at that point–but it certainly looks like we’ll have at least one Zelda Fitzgerald biopic in our future.