How Does a Zebrafish Regrow Its Brain? We’re One Step Closer To Understanding 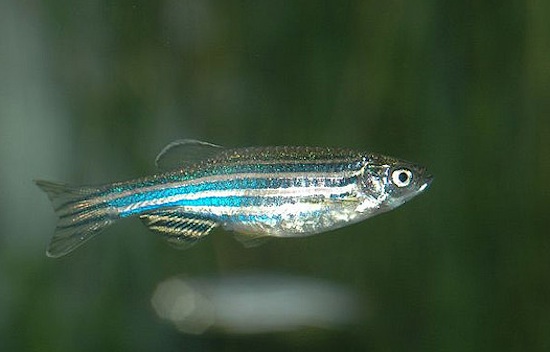 Zebrafish are the guinea pigs of the undersea world, used by countless researchers across the world to study neuroscience, genomics, and just about everything in between. Though the fish are well understood, they also have qualities that still flummox researchers. Topping that list is the fishes’ inexplicable ability to regrow brain cells. The neat trick — which is severely limited in humans and other mammals — may have an unlikely origin, as new research suggests that the regenerative process is jumpstarted by inflammation that can be severely damaging to the brain as well.

In humans, inflammation of brain tissue is generally terrible, horrible, no good very bad news, a hallmark of damage to the brain in everything from concussions to meningitis. In zebrafish, though, inflammation seems to be just the first step towards recovery, kickstarting the process by which neural stem cells transform into functioning brain cells.

What happens in damaged zebrafish brains looks a lot like what happens in damaged human brains, as initially a bevy of immune cells racing to the site of the damage. Where these cells can keep new neurons from growing at the point of damage in human and mammal brains, though, they seem to jumpstart the regenerative process in zebrafish.

This opens the obvious next question of why this similar response has such wildly different results in mammals and zebrafish. That means the next step in the research is to start looking for LCT-4, a molecule that researchers see as a prime suspect in the neural regeneration exhibited by zebrafish, in mice. If LCT-4 is present, finding out how it behaves differently in another animal model could help researchers learn why the process that is so effective in these minnow-like fish is so detrimental for us.