Zack Snyder's 'Army of the Dead' Looks Ridiculous and Fun? | The Mary Sue

Zack Snyder’s Army of the Dead Looks Ridiculous and Fun?

More of this please, Zack 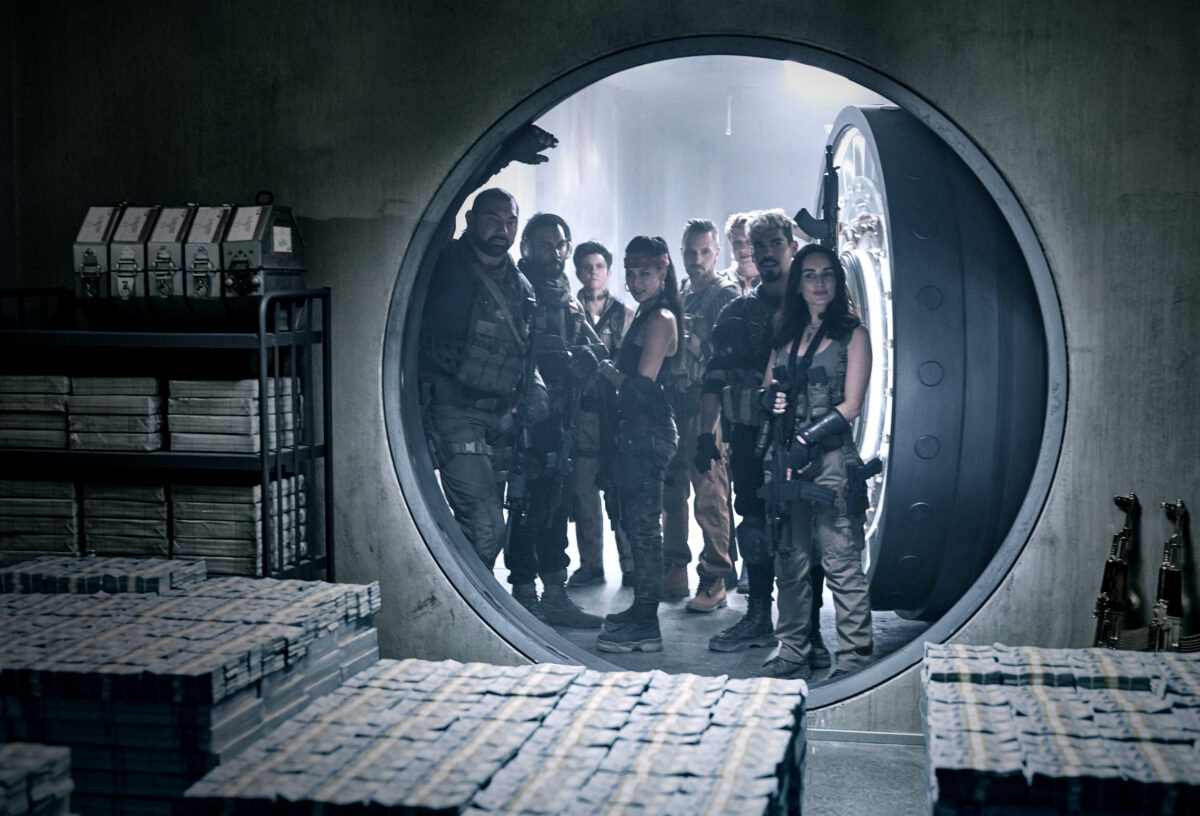 I will admit that when I first heard the pitch “Vegas heist in the middle of a Zombie Apocalypse” pitch for Army of the Dead my first instinct was to ask “But why? Who needs money in the middle of a zombie apocalypse?” Add on top of this inherent absurdity that the Netflix action film was directed by none other than king of dour superheroes Zack Snyder and I was less than sold. But you know what, the first full trailer for Army of the Dead is out today and it has completely changed my mind.

This trailer does a lot of work and does it well. For one, it makes clear early that the world is still functioning post-Zombie disaster, things are just a bit different. That all sounds a bit prescient given that we’ve all lived through a pandemic and didn’t see the world end, just change dramatically, and places like Las Vegas ended up nearly shut down.

In this world, Vegas is walled off because it’s full of zombies which means there’s a big vault of casino cash under a hotel, just ripe for the taking. (If a team can get past, you know, the hordes of the undead before the whole city is nuked.) What’s actually really interesting here, to me at least, is that the zombies aren’t mindless killer corpses. They seem to have personality and even a society. That’s way more compelling than just endless hordes of the undead.

Here’s the official description of the flick:

From filmmaker Zack Snyder (300, Zack Snyder’s Justice League), ARMY OF THE DEAD takes place following a zombie outbreak that has left Las Vegas in ruins and walled off from the rest of the world. When Scott Ward (Dave Bautista), a displaced Vegas local, former zombie war hero who’s now flipping burgers on the outskirts of the town he now calls home, is approached by casino boss Bly Tanaka (Hiroyuki Sanada), it’s with the ultimate proposition: Break into the zombie-infested quarantine zone to retrieve $200 million sitting in a vault beneath the strip before the city is nuked by the government in 32 hours. Driven by the hope that the payoff could help pave the way to a reconciliation with his estranged daughter Kate (Ella Purnell), Ward takes on the challenge, assembling a ragtag team of experts for the heist. They include Maria Cruz (Ana de la Reguera), an ace mechanic and Ward’s old friend; Vanderohe (Omari Hardwick), a zombie killing machine; Marianne Peters (Tig Notaro), a cynical helicopter pilot; Mikey Guzman (Raúl Castillo), a go-for-broke influencer and Chambers (Samantha Win), his ride-or-die; Martin (Garret Dillahunt), the casino’s head of security; a badass warrior known as the Coyote (Nora Arnezeder) who recruits Burt Cummings (Theo Rossi), a slimy security guard; and a brilliant German safe cracker named Dieter (Matthias Schweighöfer). Scott finds an unexpected emotional hurdle when Kate joins the expedition to search for Geeta (Huma S. Qureshi), a mother who’s gone missing inside the city. With a ticking clock, a notoriously impenetrable vault, and a smarter, faster horde of Alpha zombies closing in, only one thing’s for certain in the greatest heist ever attempted: survivors take all.

This trailer is cool. I love how Snyder and Co. are making the most of the setting in Vegas: zombie showgirls, zombie Elvis, and the overkill of zombie tiger is really fun. I mean … zombie tiger!!!! Come on! As someone who’s been to Vegas a lot (and maybe more than I would like) I appreciate who they’re really leaning into the setting and how weird and creepy Vagas is just on its own. Add in an army of zombies and that’s a good hook.

And I also like that we’re getting a good old-fashioned heist team here. I’m sure most of these characters won’t survive the movie, but I’m excited to see them try, especially Tig Notaro, who looks butch and badass and amazing. And heck, I’m excited to see what Dave Bautista can do with a role that’s more human than his Guardians character Drax. The packed cast list also includes Ana de la Reguera, Hiroyuki Sanada, Ella Purnell, Omari Hardwick, Garret Dillahunt, Raúl Castillo, Matthias Schweighöfer, Huma Qureshi, and many more.

What’s most enticing about this trailer though? The movie looks fun. Absolutely violent and absurd, yes, but mainly fun and I think that’s something that’s been really missing from Zack Snyder’s oeuvre for a while. Snyder got his big break with Dawn of the Dead, and it’s cool to see him return to that genre. Then he shot to the stratosphere with 300, which was violent and melodramatic, yes, but it also was gleeful and energetic and I’m all for Snyder finding the fun again.

What about you, dear readers? Does this trailer sell you on Army of the Dead?

Army of the Dead will be available on Netflix on May 21.