Continue on for the full reveal of what may or may not be Ben Affleck in his Batman costume. 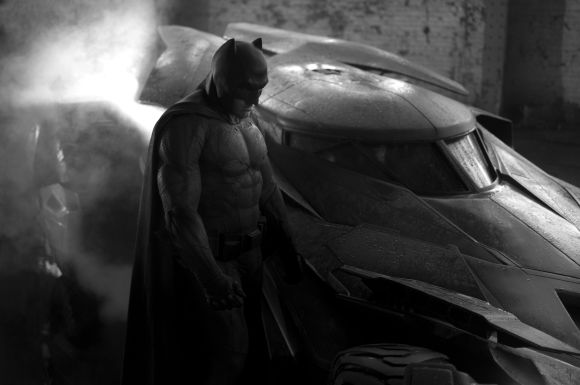 Zack Snyder gave us a tease of the Batmobile yesterday but here’s, well, most of it and a man who I will assume is Affleck in full costume. I only say that because Snyder didn’t actually specify it was Affleck in his tweet, he was too busy promoting a camera, but if you click to see the full hi-res version it looks like Affleck’s chin.

Personally, I love it. Particularly the ears and the overall texture of the main suit. Though it looks like the Christopher Nolan cowl-you-can-turn-your-head-in might be a thing of the past. What do you think?