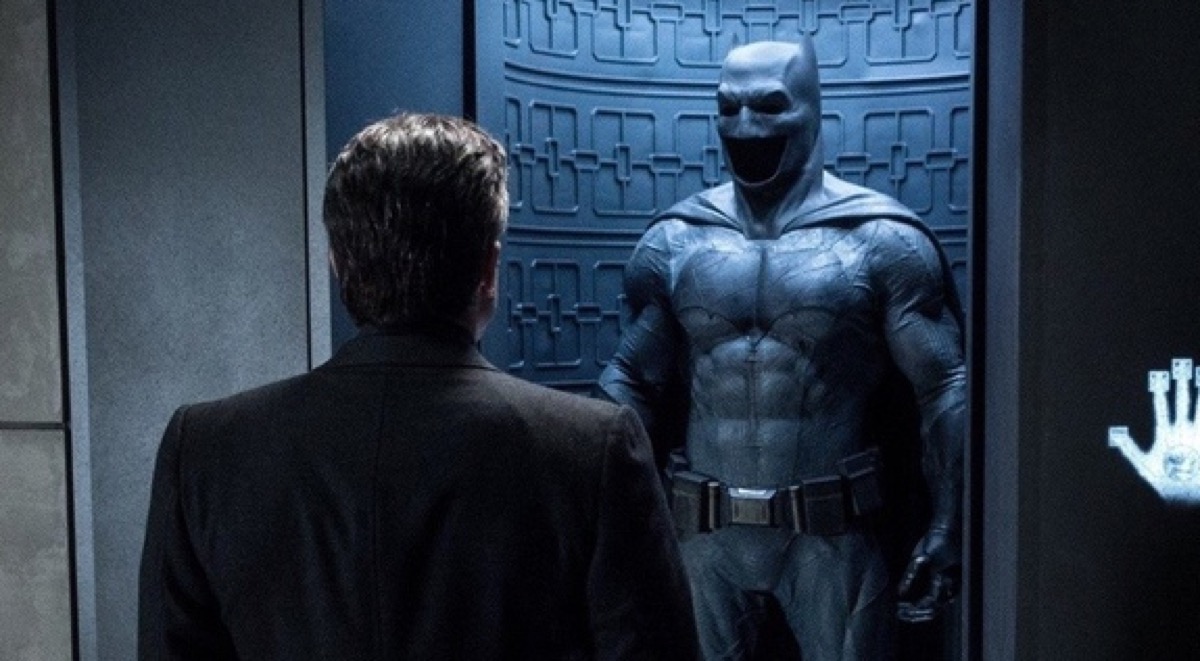 Let’s preface this with the obligatory disclaimer: I don’t mind Batman v. Superman. It’s not my cup of tea or my favorite superhero movie, but between Diana and Lois and Jesse Eisenberg’s incredibly fun take on Lex Luthor, I’ve watched it a few times. If I’m a Marvel shill, I certainly haven’t received that Disney check yet. But when I heard about Zack Snyder’s latest defense of his take on Batman, I couldn’t help but roll my eyes.

At a screening of the director’s cut of Batman v. Superman, Snyder addressed the “vocal minority” of fans who disliked his film, namely that Batman kills people. He said, via the Playlist as reported by Slash Film:

“Someone says to me, ‘Batman killed a guy.’ I’m like, ‘fuck, really? Wake the fuck up…I guess that’s what I’m saying. Once you’ve lost your virginity to this fucking movie and then you come and say to me something about like, ‘My superhero wouldn’t do that.’ I’m like, ‘Are you serious?’ I’m like down the fucking road on that … it’s a cool point of view to be like, ‘My heroes are still innocent. My heroes didn’t fucking lie to America. My heroes didn’t embezzle money from their corporations. My heroes didn’t fucking commit any atrocities.’ That’s cool. But you’re living in a fucking dream world.”

I think Snyder is being a little harsh. The virginity comment seems a little out of line, and the idea that a superhero film might depict a better world than the one we live in seems a bit edgelord-esque. Superhero films exist to inspire us by showing us a hero who does the right thing and is empowered to stand up for what’s right. They don’t necessarily exist to reflect a mirror back onto our own darkest urges. Also, the dream world Snyder refers to? Superheroes exist there.

More importantly, this brings us back to a very important question: should Batman, in his infinite Bat-wisdom, kill? Many agree that no, Batman should not kill, but sometimes that gets a bit lost in translation in the film adaptations.

In Tim Burton’s Batman, Batman definitely racks up a kill count. In Nolan’s Dark Knight universe, Batman might not kill people, but he doesn’t save them either, as evidenced by how he leaves Ra’s al Ghul to die and lets Harvey Dent fall to his death. However, Batman goes a bit dark in the Snyder-verse, branding villains and showing very little mercy in how he deals with criminals. He even uses a gun in the Knightmare sequence, though that is an apocalyptic dreamscape and so I’m sure we can forgive that particular sin.

But the Batman in the comics rarely kills. He didn’t kill the Joker after the murder of Jason Todd or the assault of Barbara Gordon. Admittedly, I haven’t read the monthly Batman comics in a while, but I can’t remember reading many in which Batman did actually use lethal force. The only times I’ve seen him kill are in the film adaptations.

Batman’s life is marked by the traumatic murder of his parents. For the same reason he doesn’t use a gun, he doesn’t kill. That’s how I interpreted the character, and judging by some of the reactions I’ve seen on Twitter to Snyder’s remarks, I’m not alone. Batman is more interested when he does not kill and instead makes the hard choice to not merit out that final justice. That’s why he’s compelling and not just a wealthy vigilante with an itchy trigger finger. If you want someone who kills their opponents, there’s always Punisher.

I love the idea that Batman does not kill. I love the idea of a good, just hero who might make mistakes or wander down a dark path for a while, but who turns around and fights for what is right ultimately. I don’t think that means I live in a dream world, but rather in a world in which my fiction can inspire the way I interact with reality. And if that means disliking Batman when he’s a killer, then so be it. I’ll always have other heroes.