The actor spoke to Stephen Colbert about the loss. 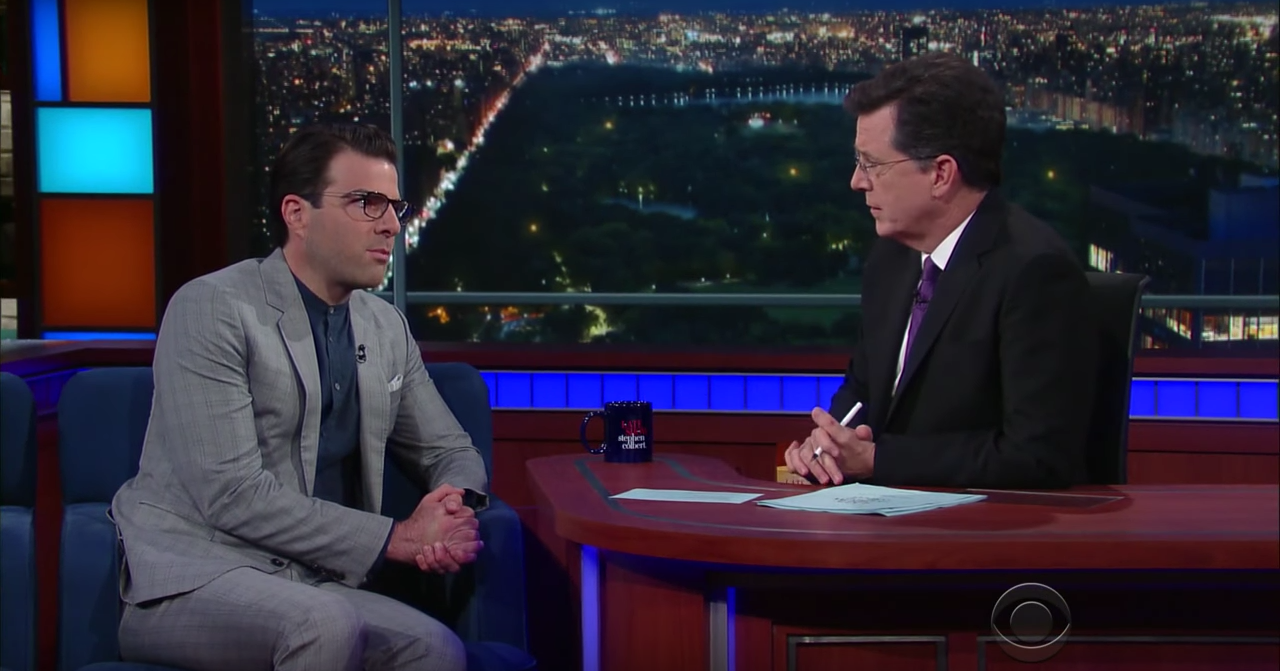 We were all stunned by the loss of actor Anton Yelchin, who died last month in a freak accident.

Many of Yelchin’s co-stars and friends took to social media to express their profound shock and grief over his death, and in a recent interview on The Late Show With Stephen Colbert, Yelchin’s Star Trek co-star Zachary Quinto spoke about the passing of his friend, reiterating much of what he had shared in his own Instagram tribute when news of Yelchin’s death first broke.

“Beautiful, beautiful guy,” Quinto said, when Colbert expressed his sympathies at Yelchin’s death. “I don’t even know how to talk about it. You know, we already knew that this would be a really bittersweet experience because of the loss of Leonard [Nimoy] last year, but this is just been absolutely devastating for all of us.”

You can watch the complete segment below, where Quinto goes on to discuss his history of working with Yelchin (they filmed the first Star Trek movie in 2007) as well as the wonder of the Star Trek universe and why the entire cast are truly, genuinely great friends: