Zachary Quinto Returns to TV With Biopunk | The Mary Sue

Zachary Quinto Returns to TV With Biopunk, Will Hack Life 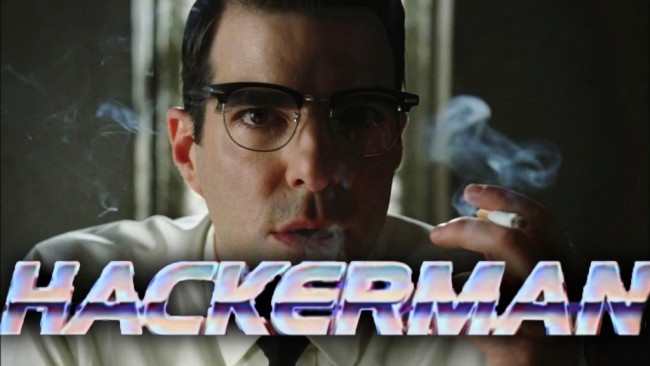 Hollywood hackers have hacked a lot of things, but have they hacked life? Zachary Quinto is set to star in and executive produce a new one-hour sci-fi drama series based on Marcus Wohlsen’s book Biopunk: DIY Scientists Hack the Software of Life.

Biopunk chronicles the underground world of bio-hackers—DIY garage scientists seeking to do for biotech what Steve Jobs did for personal computing. These are young and hungry guerilla scientists committed to democratizing DNA the way the internet did for information, with the ambition to build never-before-seen organisms that could solve the thorniest challenges in food, health, energy, and environmental protection.

Bill Gates recently told Wired that if he were a teenager today, he would be hacking biology. ‘If you want to change the world in some big way,’ Gates said, ‘that’s where you should start—biological molecules.’

Creator and writer Chase Palmer, who’s also co-writer of the upcoming remake of Stephen King’s It, said the book captured his imagination immediately and the themes will have a lot of timeliness:

…this edgy, activist, kick-down-the-walls subculture of citizen scientists was my way in to telling a bigger canvas story about the next great technological evolution no one knows is coming but will change everything: hacking life. I am pumped to be doing this with Legendary, which excels at smart event entertainment.

Palmer said he’s especially excited to work with Quinto “whose intelligence and charisma [he] built the series around.” The Star Trek actor will play “the iconoclastic leader of this movement who can’t wait for the future to get here fast enough.” Quinto stated that while the series is in the same realm as a lot of his sci-fi work, Biopunk will be something different:

Having spent some time in my career exploring the landscape of science-fiction — it is a particularly exciting step to delve into a world of science-fact.

The unfathomably thrilling real-life work of bio-hackers is dramatically crafted with compelling and complex dynamics by Chase Palmer, and Marcus Wohlsen is a limitless source of insight into and information about this powerful and fascinating subculture.

Are you excited to see Zachary Quinto hack life? I’m in.