Zachary Levi Has Been Cast As Shazam | The Mary Sue

Zachary Levi from Chuck Has Been Cast as Shazam 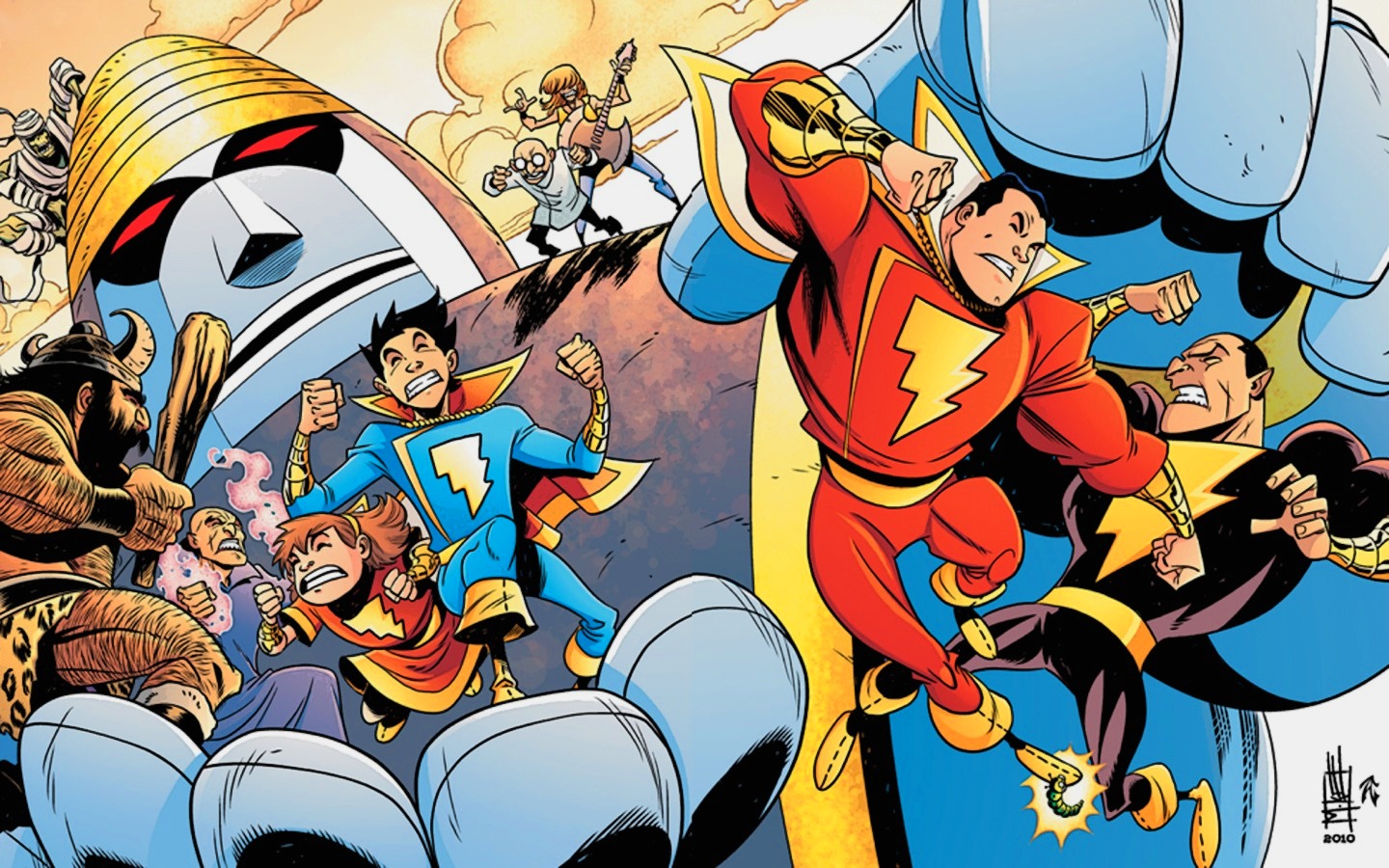 We’ve known since 2014 that Dwayne “The Rock” Johnson would be playing Black Adam, the ancient Egyptian adversary of DC’s Shazam/Captain Marvel, in a solo film in the DCEU. Now, we finally know who’ll be playing his his heroic nemesis in the Shazam! movie: Zachary Levi. New Line Cinema, a subsidiary of Warner Brothers, will handle production of the film, and filming is expected to start in February 2018.

Levi’s a somewhat unexpected choice, given his past roles. He’s probably best known as Chuck Bartowski from NBC’s Chuck, a series about a super-nerd turned CIA asset. However, he’s also taken on the role of Fandral in Thor: The Dark World and Thor: Ragnarok, and he voiced Flynn Rider in Disney’s Tangled. While the latter two roles were more traditionally heroic, they were also quite comic; as one of the Warriors Three, Fandral’s basically the “ha-hah!” Errol Flynn analogue, while Flynn Rider is a cynical con artist in an animated fantasy.

To me, casting Levi suggests that they’re going for a comic tone here – and that jives with what we’ve heard about the film so far. Back in 2014, Entertainment Weekly spoke to Toby Emmerich, the president of New Line, about the tone of the film. “It feels to me like Shazam will have a tone unto itself,” Emmerich said. “It’s a DC comic, but it’s not a Justice League character, and it’s not a Marvel comic. The tone and the feeling of the movie will be different from the other range of comic book movies…[It will] have a sense of fun and a sense of humor. But the stakes have to be real.”

Of course, this quote comes from before Scott Snyder’s very serious Batman v Superman: Dawn of Justice debuted to generally poor reviews, and the humorous Guardians of Galaxy was just beginning to make a splash. Since then, it’s possible that DC has turned even further towards a comic tone.

All in all, I definitely think it would be difficult to film Shazam! without some sense of humor, given both the source material and the plot description. As The Hollywood Reporter summarizes, it’s about “a boy named Billy Batson, who can transform into an adult superhero by uttering the magic word ‘Shazam!’ The name is an acronym of the ancient world gods and historical figures Solomon, Hercules, Atlas, Zeus, Achilles and Mercury, from which the big Batson derives his heroic attributes when in adult form.” Like, that can only get so angsty.

Shazam will be directed by horror veteran David F. Sandberg (Lights Out, Annabelle: Creation), from a script by Henry Gayden (Earth to Echo) and Darren Lemke (Goosebumps, Shrek Forever After).

What do you think about Levi’s casting?

(Via Collider and The Hollywood Reporter; image via DC Comics)