“Kneel at his feet or get crushed by his boot.” My honor to become.. #BlackAdam #TheAntiHero #DCComics pic.twitter.com/Qk55eNf3R7

Ok, let me compose myself. We just posted yesterday about Warner Bros. registering some domain names, one of them being ShazamMovie.com. Dwayne Johnson (aka The Rock) has been dropping hints left and right about his impending comic book role for them but everyone assumed he meant Shazam (the hero previously known as Captain Marvel). Though I must point out, I wrote about wanting to see Johnson as Shazam’s foil Black Adam back in 2009.

Needless to say, I’m excited, even though I’d convinced myself Johnson would make a great Shazam. What do you think and of course, who do you think should play opposite Johnson? 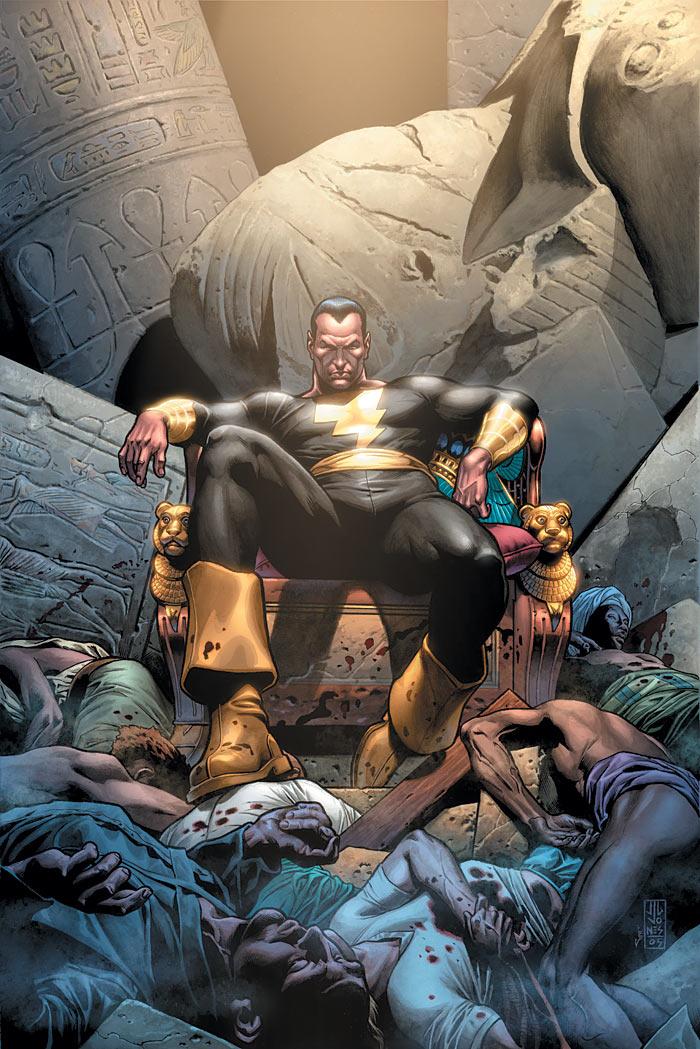 [UPDATE] Variety says their sources place Darren Lemke (Shrek Forever After, Jack the Giant Slayer, Turbo, Goosebumps) in the writer’s chair for Shazam which will be a New Line production.