Zack Snyder Will Direct the Justice League Movie, Which Is Officially Happening 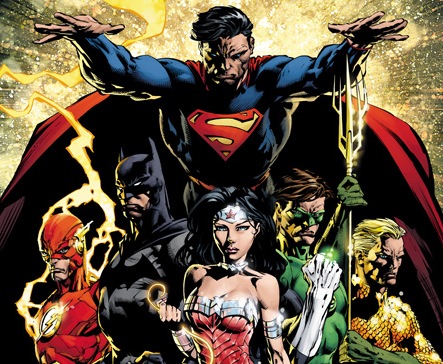 The Batman vs. Superman movie (which still doesn’t have a title and might as well just call itself Batman vs. Superman at this point) was starting to sound like a Justice League movie with word of all the characters Zack Snyder was trying to pack into it. So, it comes as no huge surprise that it’s now official that Snyder will, in fact, also direct a Justice League movie.

Of course, fans have seen this coming from a long way off—in no small part due to the massive success story that is the Marvel Cinematic Universe. Though, I’m not sure if anyone assumed that Snyder would be on-board to direct a third DC movie, but I’m guessing that’s an indicator that the DC universe will continue to try to differentiate itself from Marvel through a darker, Man of Steel-esque tone.

While there’s no firm release date at this point, the movie is set to shoot back-to-back with Batman vs. Superman, and sources familiar with the production of that movie have hinted at a 2017-2018 release timeframe for Justice League.

In the meantime, we’ll have Batman vs. Superman to tide us over until a proper Justice League movie. It’s due out in 2016, so the two films appear to be scheduled to release relatively close together. Hopefully, we’ll start to get more details on that one when it goes into production next month.

(via Kotaku, image via DC Comics)