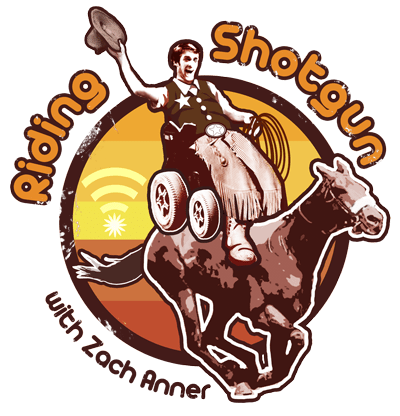 Zach Anner, a standup comic with cerebral palsy from Austin, Texas, captured the hearts of the Internet back in 2010 when he submitted his bid to Oprah Winfrey’s “Your OWN Show” contest. He’s back again to announce his brand new show, “Riding Shotgun.” In a YouTube video released this morning, Anner promises the people of the Internet that they would have a great deal to do with actually making the show.

“The Internet had rallied to win me a show and then they couldn’t be involved in making it!” says Anner in the video announcing his new web-show. In 2010, Anner won thousands of votes for his submission to Oprah’s contest and gained a tremendous deal of support from celebrities such as Daniel Tosh and David Hasselhoff as well as from social media sites like Reddit. Anner won the contest and his show “Rollin’ With Zach” premiered on December 12, 2011 on the Oprah Winfrey Network, running for a handful of episodes.

Zach posted videos to his YouTube channel every once in a while but we haven’t heard too much from him since 2010. But today, he posted a video to announce “Riding Shotgun” and provide some information regarding the new web-series. Like “Rollin’ Around with Zach Anner,” the series will take the form of a travel show, but with one key difference: The show will be “for the Internet [and] by the Internet.”

Here’s how it all goes down: Zach and his team will be visiting cities nominated on the show’s official subreddit and voted on by users. They’ll choose eight cities to visit over the course of their six week road trip and announce them to the public in advance. Once the cities are announced, folks will be able to submit YouTube videos describing their perfect days in one of the eight cities to give the team an idea of what to do there. If you’re a local of one of the cities chosen, you might even get the chance to appear on “Riding Shotgun” as Zach follows you through your “perfect day.”

Zach says that he wants to see cities from your perspective and experience things that you wouldn’t find in your typical guide book. You can follow the show’s progress and announcements here and check out the video down below to learn more!