Unsung Heroines of Shonen: The Ballad of Mai Kujaku 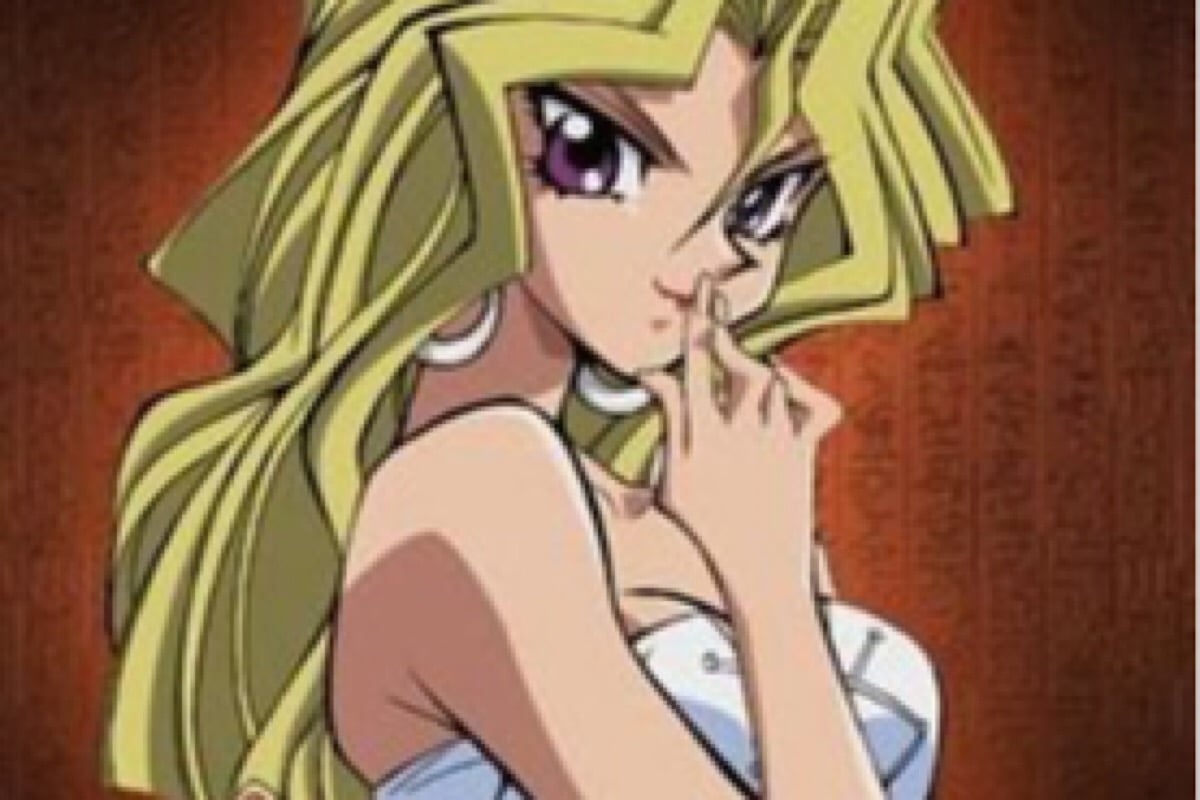 As much as I love anime, one of the things that frustrates me about shonen series is the treatment of their female “heroines,” if they even get enough to warrant that name. One of the most frustrating examples of this is Mai Kujaku from the anime and manga series Yu-Gi-Oh!

For those unfamiliar with the series, Yu-Gi-Oh! is an action card game manga/anime in which the main character Yugi Moto is the host for an Egyptian spirit known as the Pharaoh/Atem/Yami Yugi, as we find out eventually. Duel Monsters is the Pokémon of this world, with grown human beings who spend their life cultivating power by playing card games really well. As someone who has quickly and intensely been reintroduced to Magic: The Gathering … I get it.

The male duelists who dominate the show are Yugi Moto, Seto Kaiba (daddy) and Jonouchi Katsuya (Joey Wheeler in the dub) and they are among the top three duelists in the world, but specifically Japan. And when other male antagonists come into the show, they end up filling out the top ranks of best duelist, and you wanna know who gets pushed out … female duelists like Mai Kujaku (Mai Valentine in the dub).

If the second dueling tournament of Yu-Gi-Oh! stands as the most accurate ranking before it turns into a mess, then Mai is ranked 5th in Japan with Joey, Seto, Marik (big bad S.2) and Yugi outrank her.

The problem is that no matter how skilled and how talented Mai is as a duelist, she is never allowed to win because like most shonen, the male leads always have to dominate and the female characters are just there to provide motivation.

So who is Mai Kujaku? Well, she used to be a blackjack dealer, and being really attractive, she learned to use her beauty and men’s childish infatuation towards her against them. Because she was so good and it and would win tons of money, everyone started to go against her and she quit to play Duel Monsters.

That same skill + manipulation technique she takes with her into dueling. I in the first season, she uses different smelling perfumes to “cheat” and pretend to be psychic in order to freak out opponents, which you know, respect but whatever.

In the first season, Jonouchi is the newbie to the game, and she ends up allowing his mouth (sexist mouth we could argue). When Mai loses to Jonouchi, it leads to her finally having friends (shonen rules) and she becomes a nicer person. However, from then on, her being a good duelist is lip service because you never see her legitimately win again.

There is an episode where she loses to Anzu (Tea) the actual worst, and not even a real duelist, because of friendship angst. During the semi-finals, she is up against Yugi and chooses to surrender rather than win because it helps her “learn.”

During the Battle City anime arc, we see Mai duel twice: once against a guy who is in love with her and wants to force her into marriage. She beats him, but it was all a rouse to kidnap her. When she actually is allowed to duel in true competition, it is again against Marik, and because he is the big bad, she can’t win, and it has nothing to do with her being not talented or good enough.

Mai plays an epic game and is able to steal Marik’s god card away, but she can’t use the Winged Dragon of Ra unless she speaks Egyptian, which shouldn’t be a requirement for any Japanese card game, but here we are.

After the duel Mai is attacked by Marik, getting slowly mind-assaulted for the remainder of the story. Mai is one of the few female duelists we see in the series and, despite these stats, the most accomplished. When Mai is saved in the following season, she ends up having PTSD and is seduced by evil and sells her soul.

She finally gets to win card games again, but it’s because her morality is stripped away and has to be emotionally rescued again. It’s a terrible storyline, and it ends with her going on a redemption quest to “atone” for all the bad things she’s done, which considering Seto Kaiba is a main character is truly sigh-inducing.

What, you may ask, inspired me to talk about this? Well this year, at New York Comic Con while I was walking around I saw this:

My girl is finally getting some respect her name!!!!! #NYCC2018 #Konami #YuGiOh pic.twitter.com/5Gn5RyrtT3

As someone who grew up watching and playing the game, I both know a lot of women who loved it, but also felt isolated in it because of the lack of female inclusion.

Mai’s stories and treatment in the show were frustrating because even before becoming the feminist I am today, I could see it was bullshit how the female characters were given very little to do. I loved watching Mai duel and with this new Sisters of the Rose series, I have a reason to get back into playing again.