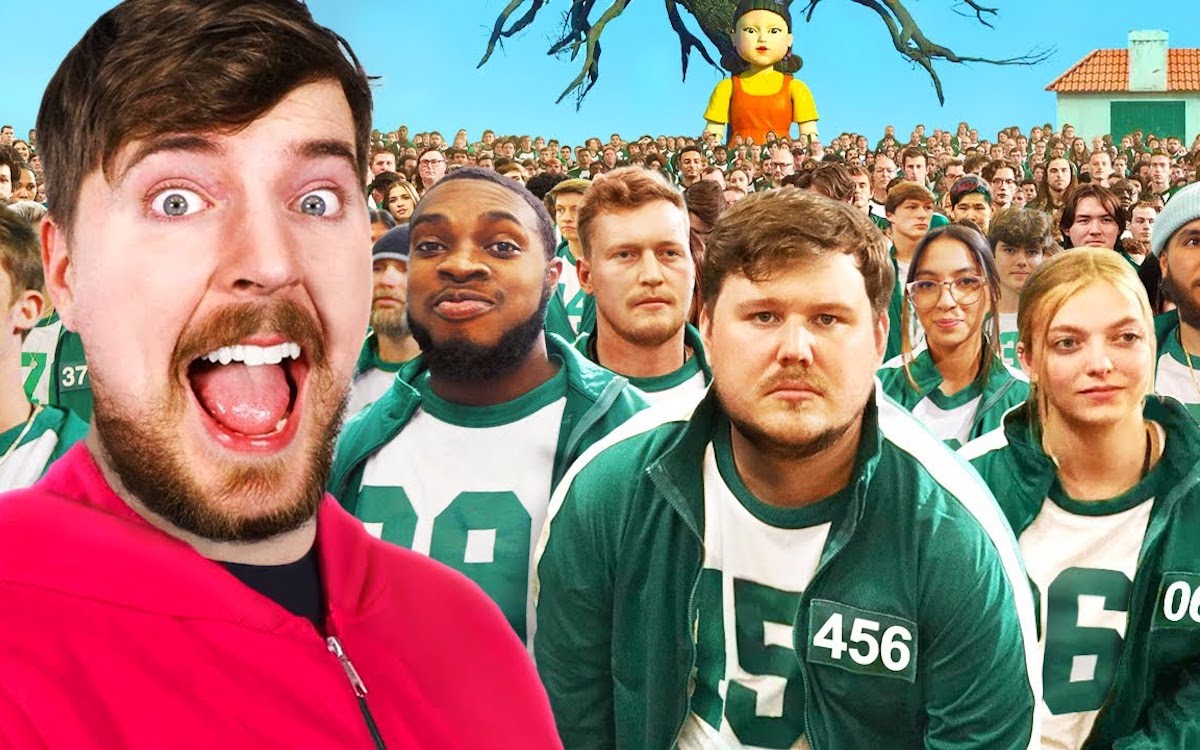 Netflix announced recently that Squid Game is the most popular show to ever air on the platform and now YouTuber MrBeast has launched his own massive hit in meticulously recreating a non-lethal but still technically impressive version of the Korean show.

MrBeast spent months recreating all the sets of the original and brought in 456 people to compete to win $456,000, less than the $4.56 billion in the show but still a substantial amount. What he made is visually impressive but comes with all sorts of questions in terms of the content.

As a feat of production, it’s not just admirable, but enviable in how perfectly Mr. Beast recreated the sets of the show. As a piece of media, it’s perverse. This doesn’t just badly misunderstand the anti-capitalist message of Squid Game, it’s a literal recreation of the villain’s ultimate desire to watch desperate people compete for money purely for his amusement.

Still, the video has been wildly successful. A few days after it dropped, as of this writing, it’s hovering around 115 million views.

I remember when I’d be excited if a video broke 10 views lmao. I’m literally living the life 13 year old me would dream of every night and I’m super grateful ❤️❤️ pic.twitter.com/md8E5dCSY3

For a YouTuber recreating a piece of media, that’s impressive. Things took a turn, though, when YouTube executive Jon Youshaei praised MrBeast and in doing so, suggested that this YouTube recreation had eclipsed the importance and accomplishments of the original.

“More views, less time, fewer gatekeepers. That’s the promise of the creator economy,” Youshaei writes in a staggering display of Missing So Many Points. The phrasing here seems to imply that MrBeast’s video is more impressive than the original series but are we really supposed to be impressed that a YouTube video took fewer resources than a full television series, or surprised that there are more people willing to invest 25 minutes in watching that video (on a free platform pretty much everyone has access to on their phone) than there are who will spend eight hours watching a hyper-violent non-English language series on a paid platform?

Also, Squid Game took more than a decade to get made because as a super violent, anti-capitalist series, it was a hard sell! MrBeast’s video was a very easy sell, including to audiences, because the show it was based on was massively popular.

It is beyond ridiculous to praise the success and efficiency of this YouTube recreation compared with the stats of the thing it’s recreating without acknowledging that it literally could not exist without the original. And then to take it all a step further and imply that the YouTubers who recreate other forms of media are the real “creators” is just incomprehensible.

Yes, I suppose it is easy to succeed when you have a lot of money to spend and other people’s ideas to use

uhhh, one was an original idea and original script? it’s easier to imitate something than make something new.

So the promise of the creator economy is that you can spend 10 years of your life making something so that someone else can quickly parody it and get more views so that then someone else can claim the parody was more successful and took less work? Cool cool

I love how this acts like you can pay your bills with views.

“Rich white man capitalizes on others’ ideas to get a lot of attention! The creator economy!!!!” https://t.co/z9FS1pEBn8