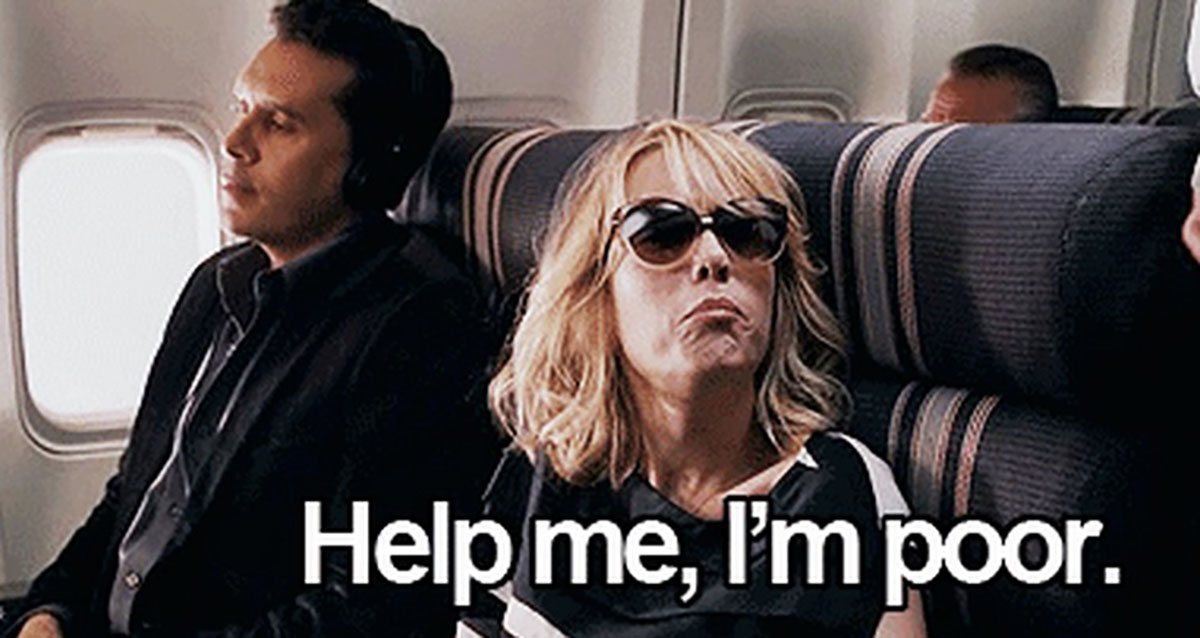 I understand the mentality behind “eat the rich”. I understood it before and I really understand it now that the New York Times published a piece about how hard it is to turn your second home into your primary home. Hold please while I take out my extremely tiny violin.

*opens up my tiny violin case, takes a seat on my tiny chair, makes sure my tiny sheet music is prepared and gets comfortable to play the Ballad of the Rich*

First, allow me to share the opening paragraph of the piece:

“When the pandemic slammed into New York City in March, Sally Fischer, a lifelong Manhattanite, assumed she would take refuge with her family in their apartment in Columbus Circle. But in May, Ms. Fischer, her husband, Elliott Upton, and their 22-year-old son, Jack, picked up and moved to their weekend home in Southampton.”

I feel the need to share it just in case you were worried that the article and its topic weren’t insufferable. Now that we know it will make us extremely angry, let’s talk about why your “second home” being where you take refuge is not in any way relatable. In a time of immense struggle, fear, and uncertainty, it’s not clear why The Times thought we would want to read about the wealthy needing to purchase more furniture and “adjusting to live in relatively unfamiliar towns” where, you know, they owned a house.

The point of the piece is that adjusting to living in your second home isn’t easy, and as someone who has been stuck at my mother’s because I was away from New York when lockdown began back in March, I can’t say that I feel bad for these people who actively fled the city. Or that they’re still with their own stuff and their normal living mates. (I literally have been wearing the same five outfits for 5 months so like cry me a river, Sally.)

Reading sentences like “The house, located in the town of Newburgh, is large with a pool, ‘a family compound meant for entertaining — not work,'” or, as stated by a man who moved his family to their second house in Amagansett, “It’s great here. I mean, if I didn’t know there was absolute chaos in the world, and if I didn’t have teenagers who miss their friends, I could do this forever,” makes my vision cloud over with red haze.

Not only does this piece talk about the “struggle” of them being away from their homes, but it also focuses a lot of energy on the amount of money they’re willingly spending to make guest rooms into home offices and adjust to the burden of living in their second home. Meanwhile, us plebeians are meant to live off of $1200 the government gave us back in May. Extended unemployment has been cut off while the Republicans argue about how little they can get away with supplementing Americans, and maybe we’ll get another $1200 that the super-rich think we can live off of for four months. But I’m glad y’all have a home office you can work from now!

In any other circumstance, I would not care about people and their second homes. Do you have the money for them? Great. But in 2020, the idea that you can just flaunt how rich you are and how upsetting it is that you’re not able to go to your apartment in COLUMBUS CIRCLE (an expensive area in Manhattan), isn’t really something I care about. This whole sentiment is wildly out of touch with a nation where so many people are struggling to keep any kind of roof over their heads.

And many on Twitter felt the same—begging this article to read the room because right now, having to buy a new desk is not the worst thing that’s happening.

Kudos to the @nytimes for giving voice to those whose lives/routines have tragically been upended by the virus. https://t.co/bPY8SyTrwz

Really starting to think the rich *want* to be eaten https://t.co/afHsDHkrfF

Wow this article is really not reading the room in America right now https://t.co/NENAw0xVcc

I find this entire article baffling because the idea that you’re a homeowner in Manhattan is “rich” enough, but then you have the audacity to complain about fleeing to your second home?

So my suggestion? If you’re someone who has not one home but TWO, don’t moan about it. Save yourself from the wrath of those of us who are supposed to pay rent in the middle of a global pandemic.