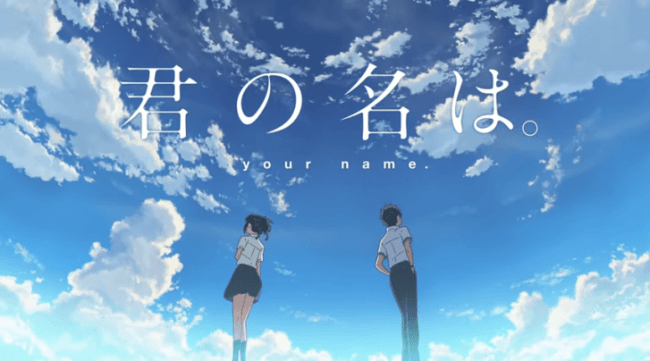 Makoto Shinkai’s Your Name is finally coming to North America, with Funimation setting a release date of April 7th. The romantic fantasy drama became the highest-grossing anime feature last year, a title previously held by Hayao Miyazaki’s Spirited Away, and has received a series of wide of critical acclaim, including potential Oscar buzz.

The film is about two high school students, a girl in the countryside and a boy in Tokyo, who find themselves switching bodies and communicating with one another. It’s based on a novel that the director himself wrote, and if you’re familiar with his other works like Voices of a Distant Star and 5 Centimeters Per Second, you can expect tears and heart-wrenching themes about youth, distance, and longing.

Your Name will come to North America in both English dub and with subtitles. J-rock band Radwimps, who composed the popular soundtrack, will re-record their songs in English as well. Gen Fukunaga, Funimation Entertainment founder and CEO, calls the film a “touching and beautifully told story” that “can mesmerize mainstream audiences regardless of a film’s genre. Your Name is the perfect example of this and will be the one that journalists will point to for years to come.” Are you going to check it out?

(via Cartoon Brew)
Want more stories like this? Become a subscriber and support the site!