Hollywood Needs to Deal With Its Whitewashing Problem | The Mary Sue 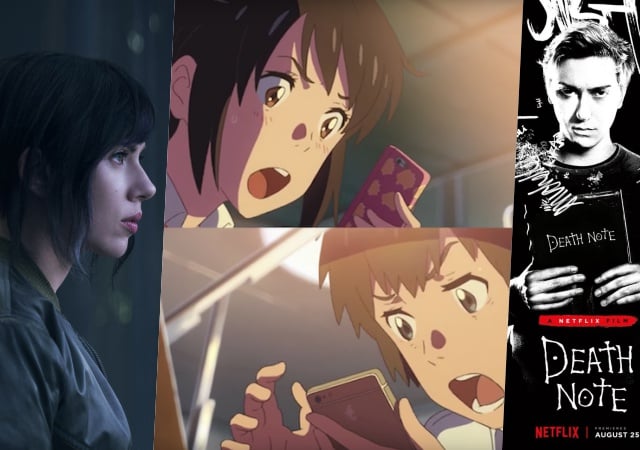 Paramount Pictures and Bad Robot are in the works to adapt the amazing animated film Your Name with J.J. Abrams, Lindsey Weber and Genki Kawamura (who was also the producer of the anime) producing.

Your Name was a critical and commercial powerhouse last year becoming the fourth-highest-grossing film of all time in Japan, the 7th-highest-grossing traditionally animated film with a worldwide total gross of more than $355 million. So it makes sense that Hollywood wants to grab onto some of the international money. Yet, Hollywood has had a very, very bad track record of adapting anime into live-action films.

Death Note, Ghost in the Shell and Dragonball Evolution are all pretty terrible adaptations of the source material and just boring movies. Not to mention the extreme whitewashing in all of them. Yet, Hollywood is still trying to make that Akira movie that no-one asked for because why not I guess?

There are some anime in which an adaptation with the type of “Hollywood Diversity” can work, like Fullmetal Alchemist and Cowboy Bebop where the cast of characters are not all coded as Asian. However, there are somewhere the Japanese culture and mythology are at the forefront of the storytelling and erasing it reduces the film.

Dragonball is heavily rooted in the Chinese text, Journey to the West and Death Note was based on Japanese lore and Your Name is tied to Shinto faith and concepts that are unique to anime. This is all likely to be gone when it is adapted because Hollywood will work tooth and nail to avoid casting Asian characters in Asian properties. Hell, even in the Pokemon anime they turned riceball into jelly filled donuts in the original dubbed version because…riceballs are weird?

Even the film Crazy Rich Asians, had to deal with a producer trying to whitewash the main female lead, in a movie called Crazy. Rich. Asians.

One producer approached Kwan with the idea of transforming the protagonist Rachel into a white woman. “That was their strategy,” he told EW. “They wanted to change the heroine into a white girl. I was like, ‘Well, you’ve missed the point completely.’ I said, ‘No, thank you.’”

Every time an anime is adapted the internet breaks down into these long, long, tired discussion about ethnicity in Anime and pit Japanese mainlanders against Japanese-Americans as if either of those groups is the source of the problem. The problem is that if you love these films and products, part of loving that is respecting the culture and the people who have made it.

When I finally watched the Death Note movie, I laughed throughout most of it because they Hollywood it up in the most cliche ways and just made it a generic 90s-horror comedy with the name Death Note slapped onto and William Dafoe doing his best to keep things interesting as Ryuk.

Instead of the complex cat and mouse story of Death Note, I got to watch two really boring and cliche white protagonists make out a lot as the story attempted to squash several hours of content into 100 minutes. Even the choice to make the female lead more sociopathic than the original female lead in the manga was undermined by the stupid, stupid ending.

While the creative team behind Death Note was not as good as the team behind Your Name, I remain suspicious that the same mistakes will be repeated and so are Twitter users in Japan. How long until we hear Elle Fanning is cast as Mitsuha? Casting Asian actors would not automatically make the movie good, but it would certainly be a step in the right direction.