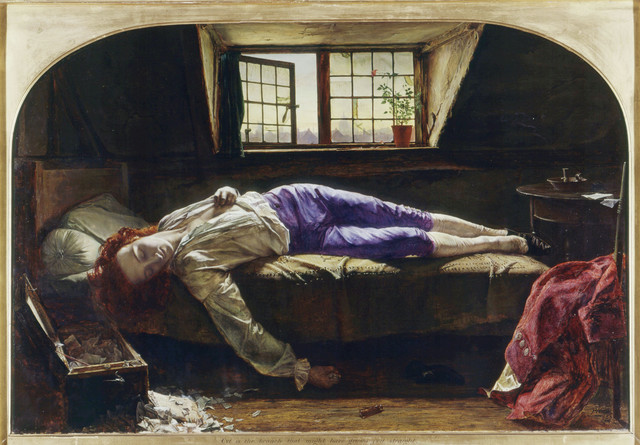 March 21st has been carved out as the day to celebrate verse since UNESCO made it so in 1999. We’re meant to promote the writing and reading of poetry internationally—but what I really want is to hear about your faves. You can tell a lot about a person by the poems they love.

I can’t write poetry to save my life, which is maybe one reason why I’ve always been kind of obsessed with it. I’ve gone through stylistic phases and varied favored eras, but my longstanding #1 poet remains A.E. Housman, best known for his 1896 book of poetry A Shropshire Lad.

The young Housman was infatuated with his roommate at Oxford, Moses Jackson, who did not return his affections (the whole affair inspired the Tom Stoppard play The Invention of Love), but instead set him up with a lifetime’s worth of observant, melancholy poems that are straightforward in appearance but often profound in delivery.

Because I liked you better
Than suits a man to say
It irked you, and I promised
To throw the thought away.

To put the world between us
We parted, stiff and dry;
Goodbye, said you, forget me.
I will, no fear, said I

If here, where clover whitens
The dead man’s knoll, you pass,
And no tall flower to meet you
Starts in the trefoiled grass,

Halt by the headstone naming
The heart no longer stirred,
And say the lad that loved you
Was one that kept his word.

Poetry has a way of opening our eyes and searing the soul by naming truths in ways that speech and even fiction cannot. The following isn’t a “favorite” in that it makes me feel warm and cuddly, but the poem, “Dulce et Decorum Est,” taught me more about the realities of war at the age of 16 than any of my history textbooks. It still makes me shiver.

Poet Wilfred Owen wrote it during World War I, where he was killed in action at age 25. The poem was published posthumously. Dulce et decorum est pro patria mori is Latin—a line from another lyrical poet, Horace—that means “it is sweet and honorable to die for one’s country.”

Bent double, like old beggars under sacks,
Knock-kneed, coughing like hags, we cursed through sludge,
Till on the haunting flares we turned our backs,
And towards our distant rest began to trudge.
Men marched asleep. Many had lost their boots,
But limped on, blood-shod. All went lame; all blind;
Drunk with fatigue; deaf even to the hoots
Of gas-shells dropping softly behind.

Gas! GAS! Quick, boys!—An ecstasy of fumbling
Fitting the clumsy helmets just in time,
But someone still was yelling out and stumbling
And flound’ring like a man in fire or lime.—
Dim through the misty panes and thick green light,
As under a green sea, I saw him drowning.

In all my dreams before my helpless sight,
He plunges at me, guttering, choking, drowning.

If in some smothering dreams, you too could pace
Behind the wagon that we flung him in,
And watch the white eyes writhing in his face,
His hanging face, like a devil’s sick of sin;
If you could hear, at every jolt, the blood
Come gargling from the froth-corrupted lungs,
Obscene as cancer, bitter as the cud
Of vile, incurable sores on innocent tongues,—
My friend, you would not tell with such high zest
To children ardent for some desperate glory,
The old Lie: Dulce et decorum est
Pro patria mori.

Well! I’ve gotten us off to a cheery start. I’m curious what your favorite poems are, and which have stuck with you over the years. Tell me all about ’em in the comments. The Mary Suevian Anthology of Poetry is something that I need in my life.