Young Justice: Outsiders Is Too Good Not to Step up on LGBTQ+ Representation 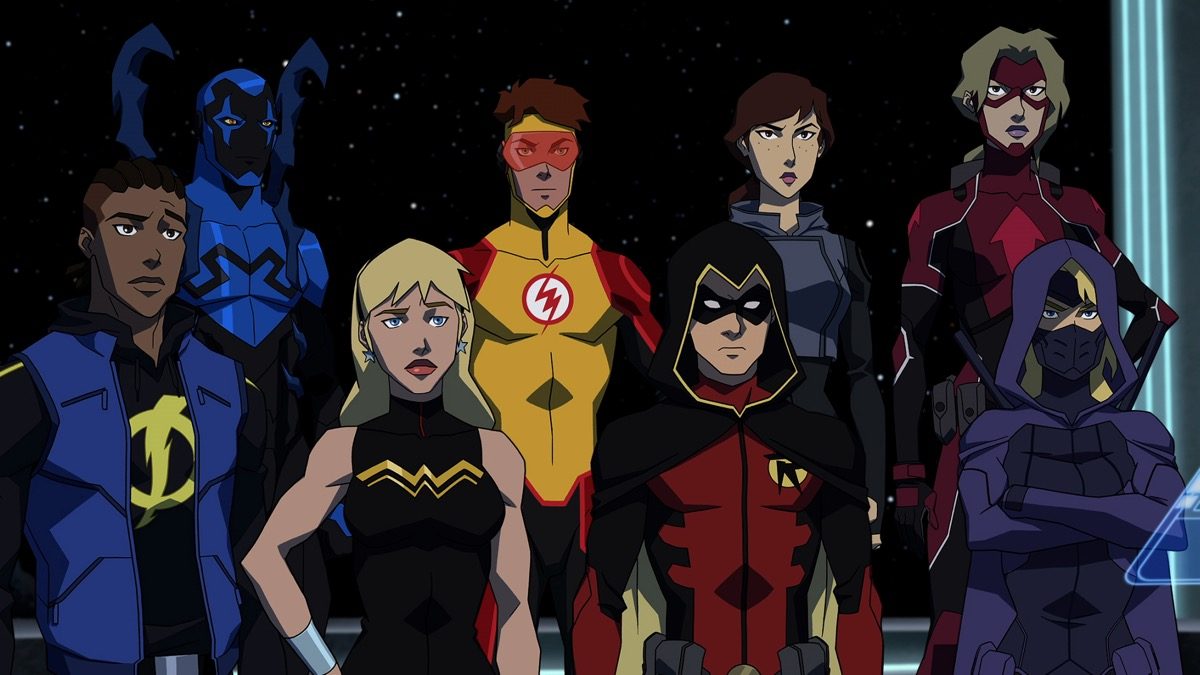 If you had a working TV and an interest in superheroes in the early 2010s, you have at least heard of the animated show Young Justice. If you somehow missed it entirely, you were definitely made aware of it last year when it was resurrected for a well-earned third season (Young Justice: Outsiders) on DC’s shiny new DC Universe streaming service.

Personally, I was still devastated over the cancellation of Teen Titans a few years prior to Young Justice’s original release, so I never saw it when it aired, but I figured now would be the perfect time to educate myself—and boy, did I learn.

The show is fun, smart, and crazy ambitious. The main cast consists of six characters, but the show also includes revolving additions to the main team, recurring side characters, and steady appearances from almost the entire Justice League—and they don’t just go hard with superheroes, either, as pretty much every major villain for the primary heroes shows up at least once.

Most shocking of all is that it works pretty well, all while balancing these big personalities and storylines with a really good depiction of how hard it is to be a teenager. Sure, not all behaviors have aged well even in the few years since its cancellation (I’m looking at you, Kid Flash), and sometimes the pace struggles under the weight of all the show’s goals, but it’s a success overall and well worth the hype.

The one thing the original seasons consistently dropped the ball on was LGBTQ+ representation. This struck me as sort of odd the whole time I was watching, as the rest of the show is fairly inclusive. It seemed almost to go out of its way to demonstrate heterosexuality in its protagonists as often as possible.

By the end of season one, there were two established heterosexual couples on the team, despite really very little chemistry between those involved. The remaining two characters were both boys, so suitable (read: female) partners had to be found for both, and they closed out the season each kissing a girl they barely knew. Because they’re straight, get it? Okay, just making sure.

Still, when I began the new season after a multi-day binge of the originals, I did so with excitement approaching that of an original fan. This new addition, too, delivers. Most of the main cast is still here, and all of the new additions are interesting and relatable, despite one of them being a human-sized bug from outer space.

The plot so far is intriguing and exciting, and we have gotten some fan favorite characters added to the team or showing up in cameos. It’s really good stuff so far, but I still found myself with that one pesky question: What’s with all the heterosexuality?

That’s not a new question for any media, really, and it’s one that mainstream media still seems to be afraid of. It’s easy to feel exploited for entertainment when most mainstream media that’s LGBTQ+ friendly is either a dramatic foray into gay trauma or a much easier RuPaul romp through reality television. There are middle-ground stories going untold, and queer people exist everywhere in culture, not just where it makes a story more interesting.

It would be refreshing to see that in superhero media, but executives insist that there isn’t any room for it. What few LGBTQ+-led comics there are get cancelled relatively quickly, and these characters’ sexualities get erased from their onscreen counterparts. It’s exhausting, and at this point, it’s just improbable. Remember that huge Young Justice cast I mentioned earlier? Some of them have to be gay; that’s just statistics.

Nevertheless, the new season of Young Justice is really determined to make sure we know all of its protagonists are straight. Again. One of the final episodes released so far was an expedition into the mind of Beast Boy, a character historically used as comic relief despite his surprisingly dark personal background.

This episode really took advantage of those conflicting elements of the character, delivering a wacky and somehow still emotional episode that moved the plot of the season forward significantly. Then, right at the end of this largely successful episode, they cut to three different straight pairs sharing kisses. 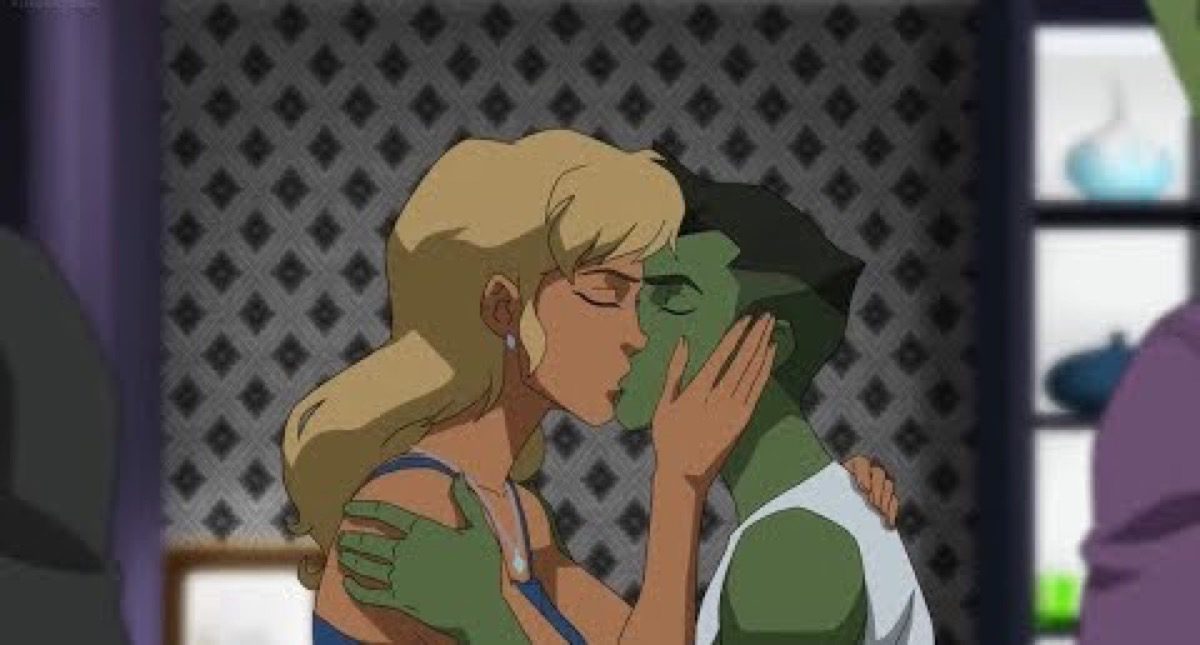 The first kiss was between Beast Boy and his girlfriend and was mostly earned by the events of the episode, and that’s totally fine. The second was in response to the first, and was wholly unnecessary and also genuinely weird. The third was completely unprompted and took place between two characters who weren’t even in a relationship and who, aside from one semi-shared trauma, really have nothing in common.

It’s worth noting here that one of those interactions doesn’t bother me at all. Beast Boy had a really tough time in that episode. He maintained a positive attitude despite that, as he tends to do, and kissed his girlfriend. Cool! Good on you, Beast Boy! They then went on a date or something, and I hope they had fun.

The other two were rushed, unprompted, and helped the plot and the involved characters in exactly zero ways—just in case any viewers forgot that all the main characters are straight, I guess?

Following the increasing diversity in the show, and its continually skillful balance of personal plots with the larger narrative, this was just bizarre and disappointing. Now almost every main character is in a heterosexual relationship, regardless of whether or not it makes sense, and the show is hinting at even more on the way.

Given that it’s even hinting at a budding relationship between original series regular Artemis and the father of her niece (ew), at this point, I’m really just hoping for no further weird implications about the space bug and the semi-female, semi-sentient Martian spaceship. If Outsiders tries to sell me a heterosexual spaceship, I’m going to riot.

Honestly, this is even more frustrating because it’s just too good of a show for this, but now that we have the newly confirmed release date for the second half of the season, all I can do is sit patiently and hope they step up.