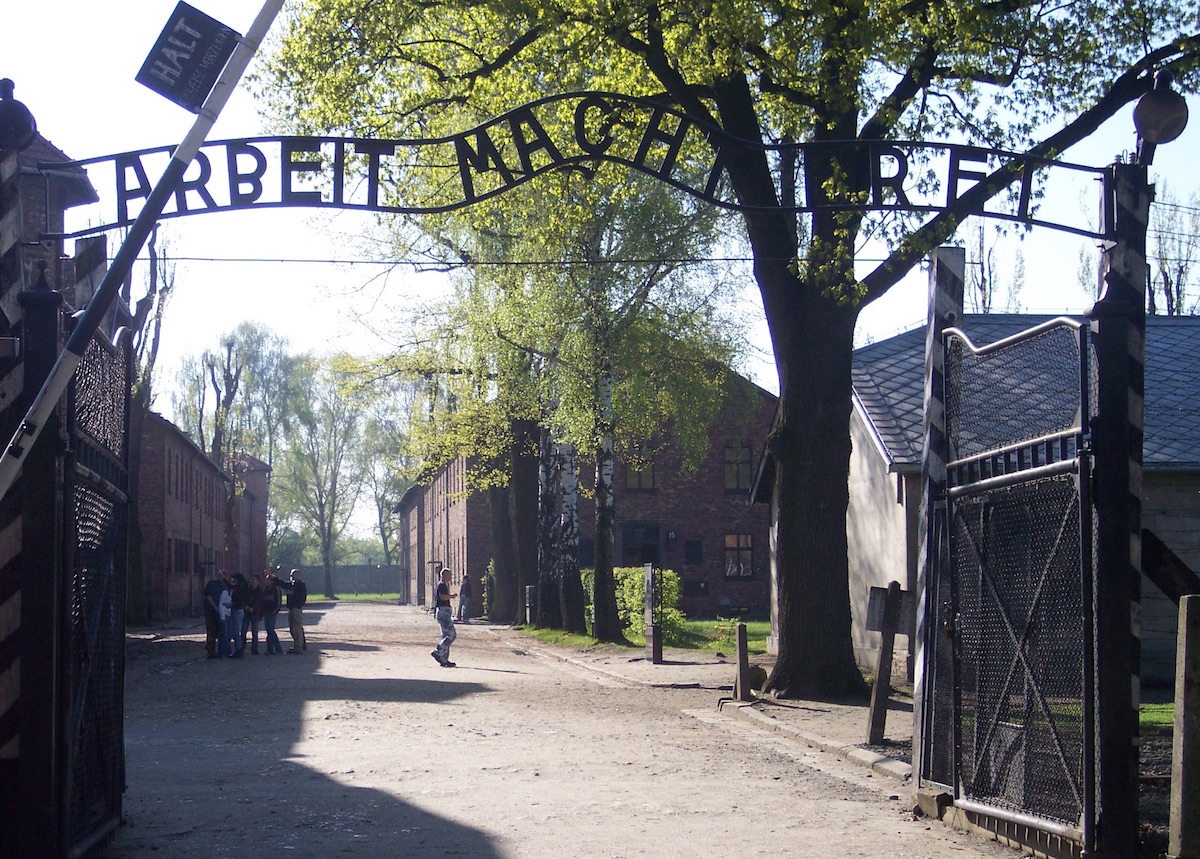 A new survey about young Americans’ knowledge of the Holocaust has made for a host of sensationalist headlines and an explosion of reaction on social media. But this is a situation where we really need to take the small survey size into account before we start screaming.

The results of the study, which was commissioned by the Conference on Jewish Material Claims Against Germany (Claims Conference) and queried Gen Z and Millennial Americans between the ages of 18-39, are harrowing on the surface. As the Guardian summarizes, “Almost two-thirds of young American adults do not know that 6 million Jews were killed during the Holocaust, and more than one in 10 believe Jews caused the Holocaust.” But wait, it gets even worse.

“Almost a quarter of respondents (23%) said they believed the Holocaust was a myth, or had been exaggerated, or they weren’t sure. One in eight (12%) said they had definitely not heard, or didn’t think they had heard, about the Holocaust.”

And finally: “… almost half (48%) could not name a single concentration camp or ghetto established during the second world war.”

To be sure, these are horrifying results. In an ideal world, and in a wealthy country whose education system wasn’t in shambles, the numbers would be very different. It’s frightening to contemplate the ways in which our schools have failed their students, and this should be a wake-up call about the necessity of teaching history. The further we move away from the realities of World War II and the presence of living survivors, the murkier that history will become. Anti-semitism has grown in recent years, and we have unabashed American Neo-Nazis who wear their hate openly. That any American should believe the Holocaust was a myth, or that Jews somehow caused it, or to have not heard about it at all is a travesty. Every uninformed answer here signals a staggering failure on a national level.

But to present these limited survey results as the likely knowledge base of 140 million young Americans is an egregious leap to make. Headlines are breathlessly reporting the findings without seeming to scrutinize how they came about. The survey had a sample size of just 1000 people nationwide, with 200 interviews held in each state. That’s not exactly a lot of people overall to judge the views and education of 140 million people across America, nor does trying to rank the states against each other based on the responses of just 200 people seem fair.

These numbers are extrapolations that I, quite frankly, do not believe. This survey needed a much bigger sample size, and it would have been more effective for the media reports on this to examine the failures on a state level than to generalize about the entire young American population. According to the survey:

The top-scoring state was Wisconsin, where 42% of millennial and Gen Z adults met all three criteria, followed by Minnesota at 37% and Massachusetts at 35%. The lowest-scoring states were Florida at 20%, Mississippi at 18% and Arkansas at 17%.

The takeaway here should be a rallying cry for revised and historically accurate school curriculums in every state. But just as we don’t want to apply these results to all younger Americans, we should also be looking at how not every state and every school conforms to the poorer results gleaned from speaking to 20 people between the ages of 18 and 39 who live there.

I’m a Gen Z from Mississippi. We were tested on Night. We watched a documentary on Auschwitz. Most of my friends watched The Boy In the Striped pajamas on their own, just because. It wasn’t mandatory by the school. Media outlets want us to seem as incompetent as possible🙄

Millennials and Gen Z have become a soft and frequent target in the media and culture at large. We’re blamed for ruining industries, castigated for our student loan debt, and told that we might be able to afford a house if we didn’t spend all our money on lattes. Meanwhile, Millenials are the first generation in America predicted to do worse than our parents financially. We are younger generations that have faced financial crises and world pandemics, graduated into nonexistent job markets, and offered stagnant wages—when we can get a job—that haven’t gone up in decades to reflect the cost of living. It should further be pointed out that if Millennials and Gen Z students were let down by their education system in America, that was a construct run and populated by Boomers.

The Boomer generation, which in theory should have been well-educated about the Holocaust and World War II considering their parents and relatives were likely caught up in these events, are the folks who ushered in the Trump era. Trump captured 52% of the Boomer vote compared with 37% of Millennials, and many in that same bloc will likely vote to give him a second term, despite his openly fascist tendencies. I love to see a survey quizzing Boomers on why they voted for a man whose policies are anathema to the principles the Greatest Generation fought for. Let’s extrapolate from that. Hell, while we’re at it, let’s ask them what they know about Weimar Germany.

It isn’t enough to simply have knowledge about these events, though knowing is essential. We must also learn from the lessons of the past in order to avoid the same mistakes in the present. We say “never again” for a reason.

I’m very confused by this. As part of Gen Z, I have been learning about the Holocaust since elementary school. I’ve read the Diary of Anne Frank, watched The Boy in the Stripped Pajamas,and read Night by Elie Wiesel.Even went to the DC museum on a field trip.

SAME
Where did they poll this, and who were they polling?
I don’t even remember a time I DIDN’T know. We went to many plays, read books, and learned about it every year. I’ve never personally met anyone who didn’t learn about it.
I’m very lost with this.

Many reactions to the survey on Twitter are heartening in that they reveal an abundance of Americans who do appear to be well-educated about the Holocaust, but you won’t see any headlines to that effect. Surveys like this should be used to castigate state and federal education standards, not entire generations. But the fact of the matter remains that Holocaust education should be mandatory in America as it is in Germany, where almost all students also visit concentration camps and Holocaust memorials. As it stands, only 15 states here require Holocaust education as part of their secondary school curricula: California, Colorado, Connecticut, Delaware, Florida, Illinois, Indiana, Kentucky, Michigan, New Hampshire, New Jersey, New York, Oregon, Rhode Island, and Virginia.

Recent events in America make it extremely clear that we must have a far more extensive and inclusive curriculum of history and literature across the board. I’m horrified to imagine Americans knowing so little about the Holocaust, but it’s also disconcerting to see, again and again, the results of learning so little about the realities of this country and the systemic racism upon which it was built.

Both my kids learned in school and at home. I made sure of it. What the heck places were these pollsters checking? Don’t answer that.

But responsibility doesn’t only rest with schools and study requirements. The survey results suggest that there are many parents in America who have not discussed the Holocaust with their children, and somehow the abundance of media on the topic hasn’t reached all of the people that it should. As a nation, we clearly need to do better in this respect. Because I don’t want to think that we’ll ever be as far gone as these findings would have us believe.

(via The Guardian, image: Wikimedia Commons)