Youn Yuh-jung Won a SAG Award for Her Work in Minari!

Youn Yuh-jung Won a SAG Award for Her Work in Minari! 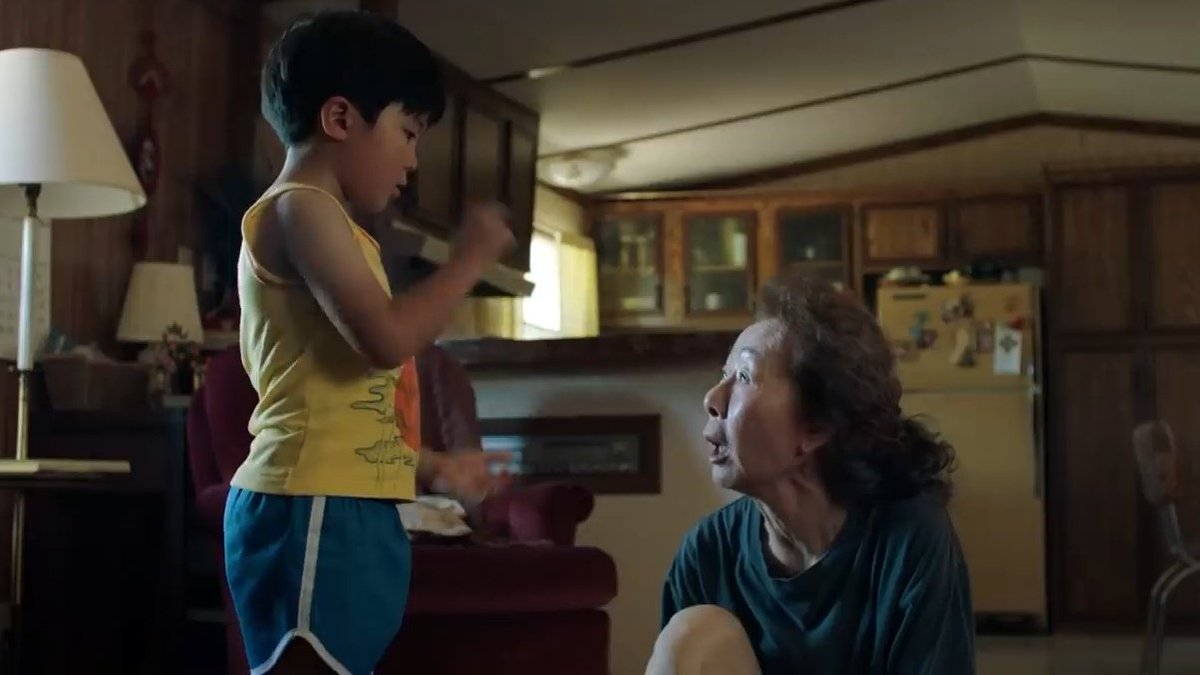 Minari is one of those movies that hits you right in the gut and stays with you long after the movie has ended. With amazing performances from stars Steven Yeun, Han Ye-ri, Alan Kim, Noel Cho, and of course, Youn Yuh-jung, the movie is getting nominations across the board (as it should). With six nominations at the upcoming Oscars, Minari is getting the buzz it rightfully deserves.

And at last night’s Screen Actors Guild awards, actress Youn Yuh-jung took home the award for Outstanding Performance by a Female Actor in a Supporting Role for her work as Soon-Ja in Minari. Bringing to life Soon-Ja couldn’t have been easy, but Youn Yuh-jung brought an ease and love to this Mountain Dew-loving grandmother in a beautifully earnest way. Her performance, in the midst of a wonderful story, is something that really did stick with me long after the movie was over, and I’m so happy she’s getting the recognition she deserves for her work in the Lee Isaac Chung film.

“I don’t know how to describe my feelings. I’m being recognized by Westerners,” Youn Yuh-jung exclaimed when Henry Golding announced her win before going on to thank her fellow actors and members of SAG for voting for her to win.

I loved this Zoom setup with actors from all different categories cheering on Youn Yuh-jung, and it was nice to see just how happy they were for her win. This isn’t the first time she was nominated for her work in Minari, but it is a big win for the actress and the film.

The Best Supporting Actress category for the Oscars includes the performances of Maria Bakalova in Borat Subsequent Moviefilm: Delivery of Prodigious Bribe to American Regime for Make Benefit Once Glorious Nation of Kazakhstan, Glenn Close in Hillbilly Elegy, Olivia Coleman in The Father, Amanda Seyfried in Mank, and of course, Youn Yuh-jung in Minari.

I personally do hope that Youn Yuh-jung takes home the Oscar. Minari, a movie that is already filled with emotion and beautifully shows the struggle of immigrant families coming to America, was enriched that much further by her performance, and it just feels so right that she’s being awarded for her work.

If you haven’t watched Minari yet, I cannot recommend it enough. Lee Isaac Chung crafted a beautiful story about the immigrant experience in America, and the film truly should get all the awards and praise it currently is. I hope that the Oscars also see a win for Youn Yuh-jung and more of the cast and creatives behind Minari.