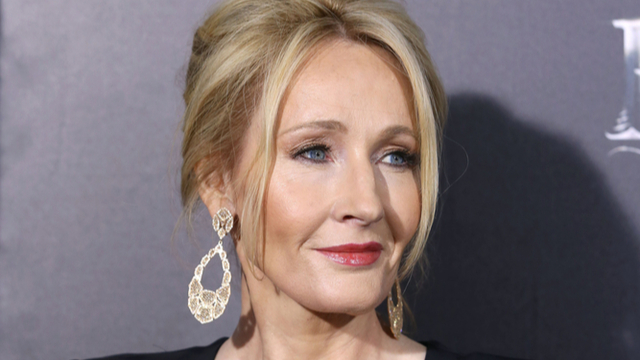 J.K. Rowling, like the rest of us, has no patience for the hateful Trump-supporting right-wing bigots trolling Twitter, spewing hate through misinformation and empty bumper-sticker platitudes. Like, for instance, the insufferable Tomi Lahren, who once described her specialty on Fox News as “melting snowflakes.”

Lahren took to Twitter yesterday to support Trump’s tweets banning transgender individuals from serving in the military. In between some total bullshit about how hormone treatments have any correlation at all to “veterans dying on VA waiting lists” and that “Political correctness=intellectual dishonesty,” she also went with that old standby line about Obama’s legacy involving “putting men in women’s restrooms.”

If you’ve spent any time at all scrolling through pro-Trump Twitter (please don’t do that to yourselves!), you’ve seen it. “JFK wanted to put a man on the moon, Obama wanted to put men in women’s bathrooms.” “Trump wants to defeat ISIS, Obama wants to blah blah blah.” It’s ridiculous, it doesn’t make any sense, and JK Rowling is here to let you know it you look like a fool.

Truly, whom amongst us can forget Trump ordering the killing of bin Laden? Or Obama bragging about barging in on naked beauty contestants? pic.twitter.com/1veorstvA0

Yes, thank you Tomi Lahren for regurgitating a meme, despite its total lack of basis in anything resembling reality. What a hero you are.

While we’re looking at Rowling’s Twitter timeline, let’s not ignore that she also pointed out what is clearly Trump’s Patronus.

Well, kudos to Aesop. It turns out 'The Frogs Who Desired a King' wasn't a fable, it was an actual bloody prediction. pic.twitter.com/tIwOuSdtQD

While most of Rowling’s fans are fully into her takedowns of the orange amphibian, there are apparently some who want her to leave us to wallow privately. Yeah, that’s not how this works though.

… cosies up to dictators and strongmen, criticizes longstanding allies. Trump might be your shame, but he’s the whole world’s problem. pic.twitter.com/T7cdRG2HmI

Oh, and not that it matters, but I’m a citizen of Scotland, which by coincidence is where the Frog King’s immigrant mother was born.