Racist Parent Shows Up To School Meeting About Racist Comments, Doesn’t Understand Why Everyone Isn’t Cool With His Racism

"YOU NEED TO LEAVE." 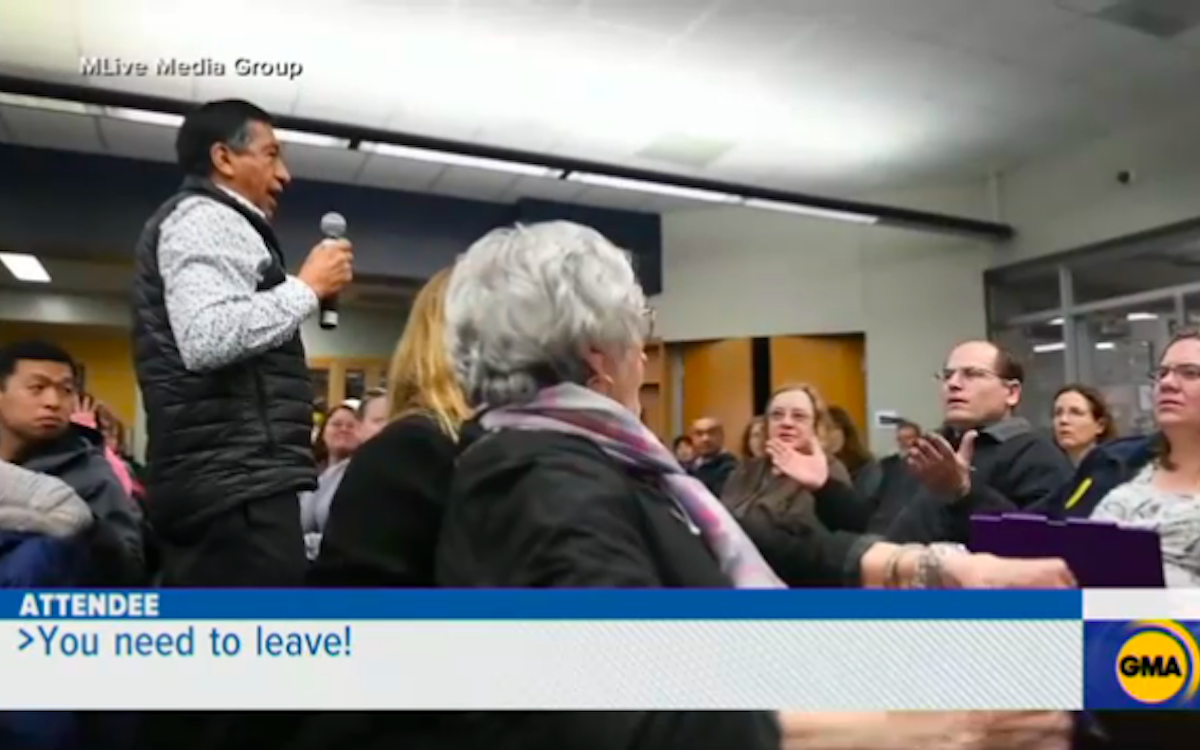 A video from a local school meeting in Michigan held earlier this month has been making the rounds on Twitter and TikTok. According to ABC News, the meeting was held specifically to address concerns about racism in the school after a group of high school students reportedly made racist comments on social media.

In the clip that’s been circulating, one parent, Adrian Iraola, who emigrated from Mexico 40 years ago and now owns three businesses, describes what his son has been going through.

“I went to his bedroom, to say good night, and he was crying because of the abuse that he was enduring in this school system,” Iraola says before being cut off by another parent, who had the absolute audacity to say out loud, where people could hear him: “So why didn’t you stay in Mexico?”

When that parent, who is white, in a school district that is predominently white, was met with gasps and anger from the rest of his room, he threw his hands up, seemingly genuinely confused as to why everyone else wasn’t getting onboard with his vocal racism.

Most notable of all was the fellow (presumably white, based on the makeup of the room) parent who said loudly and firmly to that racist white parent, “You need to leave!” Others groaned or booed. One person said “That’s disgusting” and another, who you can hear in the longer video taken by Ann Arbor News/MLive.com, noted that “That’s indicative of what our kids are experiencing.”

The parents who turned and glared and made angry sounds are on the right track, but all white people who want to stand against racism should aim much, much higher than that. Thank you to the “You need to leave” woman, who spoke out firmly.

I will die before making fun of the high-voiced person who shrieked “You need to leave!”

She’s the best person in that room. It’s too easy to be a silent gasp of disapproval in moments like these. https://t.co/vfb9k2YME7

This man, who was identified as Tom Burtell, showed up ready to be racist as hell at a meeting about racism.

When asked to explain himself, Burtell said that he, too, experiences racism. “Try being white and walk in a black neighborhood,” he said. “See what happens.” In addition to being fundamentally not the same thing as actual racism, the implication here is that his is a white neighborhood and that for students of color to “walk in” it, they’re somehow asking for trouble.

Tom’s son Tim, said that he, his mother, and all ten of his siblings think his dad is a piece of  s***. OK, he didn’t use those words, but it’s implied. “The only message I want to say is that our family condemns our father’s vile beliefs,” he said.