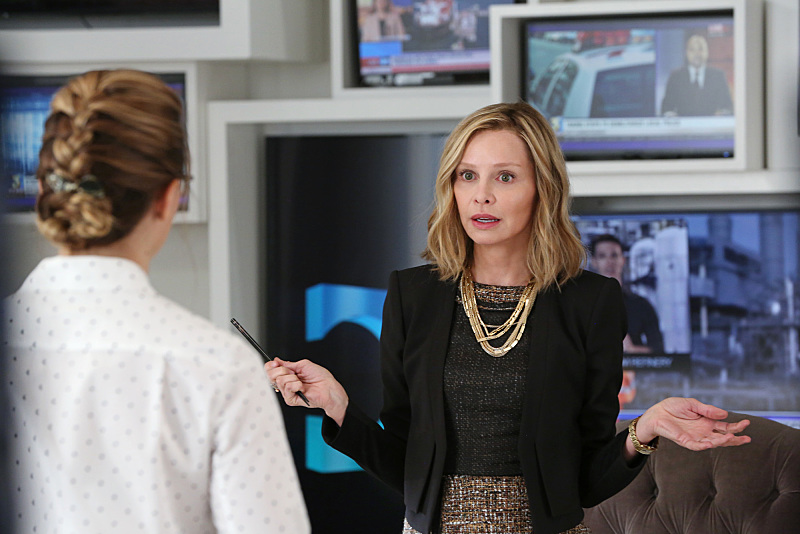 Though Supergirl fans were thrilled that the show found new life in a move from CBS to The CW, one thing that stood out as the largest concern was the possible departure of cast member Calista Flockhart. Thankfully, National City won’t have to go without the Founder and CEO of CatCo Worldwide Media.

Flockhart, who plays the inimitable Cat Grant, famously chooses her projects very carefully, only shooting things in Los Angeles so as not to be far from her family or force them to uproot at a moment’s notice. When Supergirl moved to Vancouver, there was concern that she might not come with the show.

However, according to Deadline Hollywood, Warner Bros. Television was able to reach a deal with Flockhart, and she will be staying with the show as a recurring guest star. WBTV will be flying Flockhart to Vancouver every couple of weeks where she will film as much as she can, banking scenes for multiple episodes during each trip while being paid the same salary she received as a series regular.

Supergirl Executive Producer Andrew Kreisberg said, “Supergirl wouldn’t be Supergirl without the amazing Calista Flockhart as Cat Grant. We are so excited Calista has agreed to continue on the show when she can. We and the audience love to see her on screen.”

Flockhart’s performance as Cat, and her chemistry with Melissa Benoist’s Kara, is one of the strongest parts of the show, and Cat has become a fan-favorite character. It really wouldn’t be the same show without her. Also, I’ve gotta say that it’s awesome to know that the folks at Warner Bros. TV and Berlanti Productions are smart enough to know her worth and keep her happy, and that she didn’t settle for anything less than exactly what she needed.

So, not only is Flockhart a wonderful actor whose presence on the show makes it better, but she’s also a boss when it comes to being a woman in the entertainment industry, setting a great example for other women. And that’s pretty much what Supergirl is all about, isn’t it?