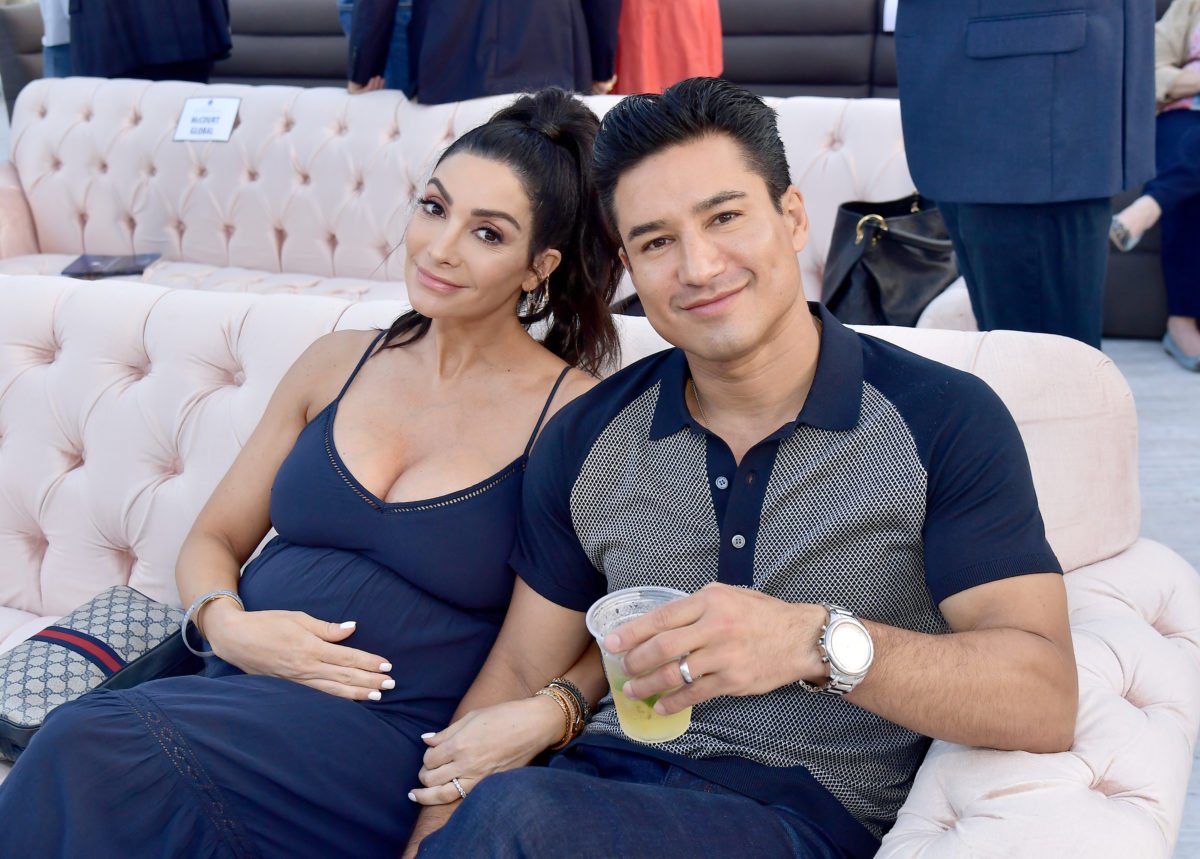 Mario Lopez talked with Candance Owens on The Candace Owens Show about raising a child who identifies as transgender. Of course, with Owens being a conservative talking head, the conversation covered the Hollywood “trend” of “letting” children … freely express their gender identity.

There are several problems with what Owens and Lopez said, including that they very clearly had no idea what they were talking about and instead slammed parents who were understanding of children exploring their gender identity.

Owens added that her experience as a nanny has convinced her that children don’t always mean what they say, explaining “I am trying to understand this new Hollywood mentality where they just think their children now have the mental authority.”

“I am trying to understand it myself, and please don’t lump me into that whole [group],” Lopez responded. “I’m kind of blown away too. Look, I’m never one to tell anyone how to parent their kids obviously and I think if you come from a place of love, you really can’t go wrong but at the same time, my God, if you’re 3 years old and you’re saying you’re feeling a certain way or you think you’re a boy or a girl or whatever the case may be, I just think it’s dangerous as a parent to make this determination then, well, OK, then you’re going to a boy or a girl, whatever the case may be … It’s sort of alarming and my gosh, I just think about the repercussions later on.”

He added, “When you’re a kid … you don’t know anything about sexuality yet. You’re just a kid.”

First, Mario Lopez mistook gender identity with sexuality halfway through a sentence, so already … what are you doing? He said, “When you’re a kid … you don’t know anything about sexuality yet. You’re just a kid,” insinuating that he doesn’t understand the difference between sexuality and gender identity while he weighs in on people’s choices about the latter.

Second, gender is a social construct. By forcing a male child into a blue shirt or telling a little girl that she has to wear a dress, you’re forcing them to express their gender identity in an unreasonably limited way. So, when a child says that’s not what they want, you’re saying you shouldn’t respect that and should tell them … what? “Sorry, you were born into a society where we view men in a certain way and women in another, and that’s more important than what you want”?

Not only that, but allowing your children to be who they are isn’t a “trend.” Lopez called it “dangerous” to let children who are so young make determinations about such things, but that’s an unfounded fear leveraged by transphobic people to back them up. In reality, as many parents have pointed out, they’re more than capable of telling the difference between their kids just playing around and their kids seriously expressing their gender identity.

Now, #IStandWithMarioLopez is trending because people are dense when it comes to understanding these things, and they support Lopez because they don’t understand what the expression of a child’s gender identity can do for them, though there are those using the hashtag to take him to task. There’s a surprising amount of support for Lopez, which is disheartening because it shows that there are more than a few people who are unwilling to understand why statements like this are damaging.

Still, Twitter did what Twitter does best and dragged Lopez for his comments, and explained, better than I ever could, why these kinds of statements are hurtful to not only children, but the entire LGBTQ+ community.

Of our 5 kids, 2 are queer. They both came out in their early teens but we knew who they were way, way before then.

Parents can tell the different between a 3 year old who pretends to be another gender for fun and one who feels they are living in the wrong body. STFU Mario Lopez https://t.co/pKXketgy6P

It’s unfortunate that someone who is so involved with @GLAAD like @MarioLopezExtra would be so misinformed about #trans kids. I wish that he would reach out to @sarahkateellis for some guidance on the difference between sex and gender identity https://t.co/JrGkfHTP2y

Mario Lopez’s comments are dangerous to the safety and well-being of LGBTQ youth, especially trans children who deserve to be loved and accepted for who they are. https://t.co/iRBwyobelf

Transphobic parents are the danger not children being their truest selves.

Too many parents terrorize their children by forcing them into these gender boxes and limiting their expression. If you’re doing this, your parenting sucks.https://t.co/szwUxJG8UQ

Mario Lopez’s suggestion that parents ought not accept their trans kids — kids who face staggering levels of suicide, bullying and other hurdles — is cruel. He conflated sexual orientation and gender identity, which is a pretty big tell that ya don’t know anything about this.

I wish that was all he said. I wish we could simply educate him on why he’s wrong on that one point, but guess what? It’s not! Lopez also went on to call women liars when they come forward about sexual assaults and harassment, so it’s truly the interview that just keeps digging Mario Lopez a hole.

Later, Lopez called movements such as #BelieveWomen in support of sexual assault survivors a “dangerous hashtag because people lie and sometimes those people are women.” […] To take women at their word, he told Owens, is “incredibly dangerous.”

mario lopez not only claimed women are liars when they come forward and share their sexual assault experience but he also thinks it’s dangerous for children to explore genders and sexuality. wow so he’s disgusting and cancelled 🤡 pic.twitter.com/TUJVGd2Qmj

Incidents like this show that we have a long way to go, and that there is still a lack of understanding and acceptance by others, and Lopez deserves the heat he’s getting. These comments are outdated and offensive. Those saying that he shouldn’t be slammed are not recognizing the rate of suicide among trans youth or the generally harmful nature of statements like these.

Maybe, if you are uninformed like Lopez is, you should research into the communities you’re opining about, talk to those who are a part of them, and learn before opening your mouth with a terrible opinion.

UPDATE: In the face of considerable backlash, Mario Lopez has now apologized for his remarks. Via Mediaite:

“The comments I made were ignorant and insensitive, and I now have a deeper understanding of how hurtful they were,” Lopez told People magazine Wednesday. ” “I have been and always will be an ardent supporter of the LGBTQ community, and I am going to use this opportunity to better educate myself. Moving forward I will be more informed and thoughtful.”

Conservative commentator Candace Owens was not happy about the apology, saying this “is why Donald Trump is your president.”