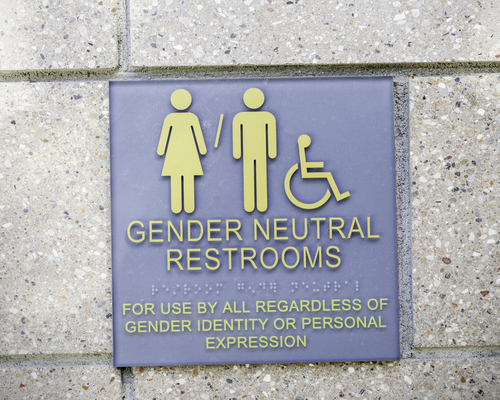 Yelp, ever the butt of jokes regarding poor reviews for some of your favorite eating establishments, does a solid for folks who are often left wondering whether the bathroom facilities at these establishments are gender neutral or not. (Read: whether they have a toilet or not, because that’s literally all you need to be a bathroom for all genders, seriously.)

Basically, they’ve rolled out an update that asks users whether the establishment they’ve checked into has gender neutral bathrooms or not. As well, business owners can fill out that information themselves. Then that information is displayed alongside other quick information about the space, such as whether they accept credit cards, are wheelchair accessible, or if they’re good for kids.

It’s super neat to know that Yelp is helping to normalize the idea of gender neutral bathrooms. As well, it’s heartening to know that they stand with Gavin Grimm and his Supreme Court case regarding transgender bathroom usage. In a release, they wrote:

Yelp announced its participation in an amicus brief supporting trans student, Gavin Grimm, who filed suit against his local school board for denying him use of the boys’ restroom at his school. Yelp has previously taken a stance on related issues (ref. Arizona, Indiana, Arkansas and North Carolina) because we believe it’s important for the business community to speak up in support of equality for all.

(via TechCrunch, image via Shutterstock/Gerry Matthews)