New research shows that knowing what you're talking about isn't as important as being confident, at least when it comes to Twitter followers. 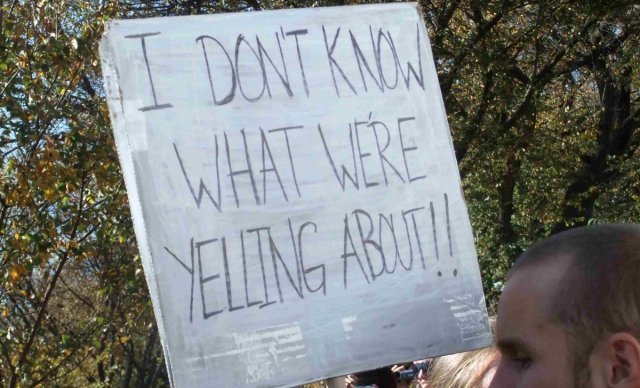 This might be hard to believe, but not everyone on Twitter is right all the time. In fact, most of the time they’re wrong. I know — crazy, right? Why would anyone want to listen to someone who’s wrong more than they’re right? It’s all about confidence. A new study shows it’s more beneficial for a pundit on Twitter to be confident about what they’re saying than to be accurate. Let’s all start yelling things confidently on Twitter now.

The study was conducted by Ben Smith and Jadrian Wooten, two economics graduate students at Washington State University. Wooten said of the research, “If you had to pick, being confident will get you more followers, get you more demand.”

To come to their conclusion, they studied Twitter users who were making sports predictions. They started with stock predictions, but determined there’s no easy point in time when you can declare whether a stock prediction is true or false. Sports are more binary. If you say a team will win or score a certain number of points, they either do or do not. There is no try.

The pair used software that analyzed over one billion tweets that made predictions about the 2012 baseball playoffs, World Series, and 2013 Super Bowl. The program looked for mentions of team names, and words like “beat” that would indicate a prediction. Since you can’t really “yell” on Twitter, they rated the strength of the words used to score how confident the statement was. “District 5 will beat the Hawks,” isn’t as confident as saying something like, “Disctrict 5 will totally and completely destroy the Hawks. #Quack #FlyingV.”

The study looked at verified accounts of professional sports pundits, but also at accounts of amateurs who claimed a certain level of sports knowledge. Neither group was any better at predicting the outcome of a sporting match than a simple coin toss. The pros averaged out to 47 percent accuracy, with the amateurs falling not far behind with 45 percent.

Between the two groups the bigger difference was how confidently they were espousing their opinions. The pros were ranked with a .480 rating according to the language they used, while the amateurs only scored a .313. Wooten and Smith say that coming across as confident will gain you more followers than being right.

They said that a professional could expect only a 3.4 percent bump in followers if they correctly predicted every game of the baseball playoffs. An amateur accomplishing the same thing would likely see a 7.3 percent increase, says the pair. Those aren’t big increases. Smith and Wooten say that to really boost your followers, confidence is key.

A professional who states everything they say very confidently — regardless of the actual outcome — could see a 17 percent increase, and that goes up to 20 percent for amateurs.

So there you have it, sports fans. If you want to make the jump from amateur to professional sports prediction, just be more confident. You won’t be any better at guessing which team will win, but people will think you’re better, and if fooling people into thinking you know what you’re talking about isn’t the purpose of Twitter than I don’t know what is.