Relevant to Your Interests: The Baby From Labyrinth, Nathan Fillion, and George Takei Have Made a Feature-Length Puppet Movie

This cast is bonkers good.

Toby Froud is so much more than the man who once played Sarah’s baby brother in Labyrinth! The son of two puppeteers, Froud has previously directed the live-action puppet short Lessons Learned, and is now an Executive Producer alongside Heather Henson on the puppet feature Yamasong: March of the Hollows, the tale of a young girl and a tortoise warrior. 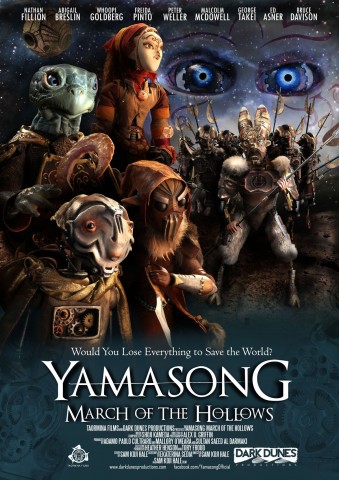 What do you think of the trailer, gang? Excited to see what Yamasong has to offer?