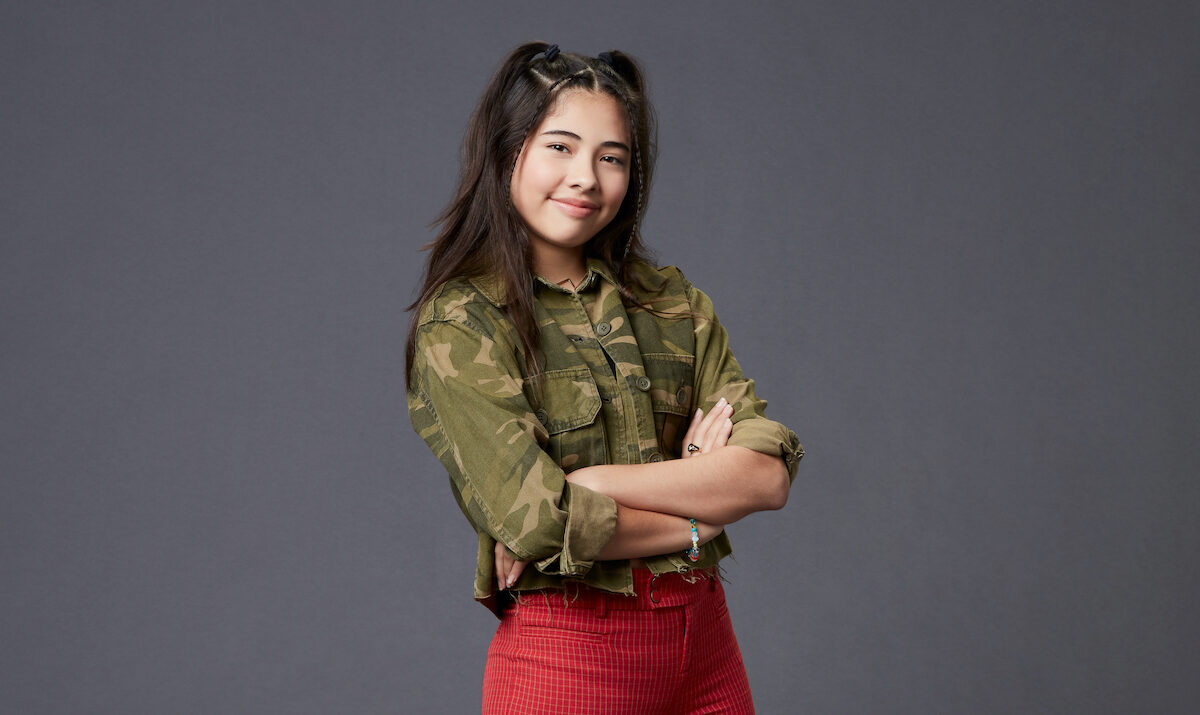 The Baby-Sitters Club has been a time-honored book series, a movie, and now its very own television series on Netflix. I myself hadn’t read the books nor have I watched the original movie, so going into the Netflix series, I didn’t know what to expect. What I found was a series filled with understanding friendship, yourself, and how important it is to stand up for what you believe in.

I got to ask Xochitl Gomez some questions, via email, about the importance of the series and bringing Dawn Schafer to life!

The Mary Sue: Dawn is very much a young woman who knows what she should stand up for and how she wants the world to see her. Do you see elements of yourself in Dawn or is she more of a fun character to get to bring to life that is different from yourself?

Xochitl Gomez: I have a lot in common with Dawn. She’s like me, but bolder. I’m not as political or as confrontational as Dawn, but I do have the same social justice interests and her empathy for others. It’s a privilege to get to bring to life a character that I aspire to be someday. I’m only 14 so I’m still learning about ways I can make a difference. I like to try and lead by example and promote positive changes that are easy for others to copy, such as buying at black-owned businesses and supporting local vendors.

The Mary Sue: The show is incredibly heartwarming to the point where many have cried throughout every episode. What’s your favorite reaction to it that you’ve seen online?

Xochitl Gomez: There have been some very emotional responses, and that blows my mind– this imaginary world I helped create actually has the power to make a difference in people’s lives. I’ve had thousands of comments from Latinx fans saying how proud they are that I am in the show. Latina girls tell me that they finally see someone who looks like them on TV and that it means so much. I get many comments about the friendships between the girls and how kids wish they had friends like us. There have been kids who’ve never met their Dad, kids who go between divorced parents, kids who don’t have money… and they tell me that the show makes them feel like they are not alone and that their story matters. Adults even write to me and say that the show has opened up conversations with their kids that they are sure would not have happened. That’s what its all about! It’s so huge to play a part in that family-level stuff.

The Mary Sue: Most everyone knows who they are out of the Baby-Sitters Club (or if they’re a mix of characters like myself. I’m a mix of Dawn and Kristy) so, for you, did you see yourself as a Dawn or do you connect personally to a different girl in the club?

Xochitl Gomez: I’m pretty much a Dawn. I’m also a healthy eater and I stay away from sugar. We’re both from California, we care about a lot of the same things and we are always trying to make things fair and watch out for people’s feelings. The main difference is that Dawn is bolder than me. She challenges people who she disagrees with from time to time. I’m very chill and avoid arguments and I don’t take myself too seriously. I’m kind of silly, and that’s not really a character trait for any of the Baby-Sitters as Ann wrote them.

The Mary Sue: There are a wide-range of issues addressed throughout the series and, by the end, Dawn and Claudia are both standing up against the capitalist idea that Camp Moosehead is relying on to “entertain” the campers. Was that fun to get to bring to life? This protest and idea that Dawn recognizes what needs to change and how she can help using her voice?

Xochitl Gomez: It is a lot of fun to feel like I’ve rallied a bunch of kids for a cause and that they would all follow me so quickly, but I know that doing that in real life is hard work and I have a ton of respect for grassroots organizers who work for years to build a movement. The beauty of the camp episode is that it shows how it could happen; it’s kind of a basic game plan for how you can stand up for what’s right, attract supporters and push for change. The Baby-Sitter’s Club is special because it exposes and dives into things that have, up until now, seemed too complicated or too private to include in kids shows. It’s television that draws a road map for inspiring the next generation of leaders and trusts that they get it.

The Mary Sue: The Baby-Sitters Club, at its core, is about friendship. Do you think that’s important for someone your age to learn while watching the show? And do you think it’s a great reminder to older audiences as well?

Xochitl Gomez: I know that kids my age are learning while watching television, whether they realize it or not. Sometimes they are seeing shows that don’t put out the best messages. I see the reviews and get comments online from adults and kids that they have been wanting a show that makes them feel good and shows us how to get along and be kind. The Baby-Sitters themes of friendship, loyalty and trust are timeless and it seems like we need to be reminded of how important it is to stick together and find common ground now, more than ever.

The Mary Sue: For the future of Dawn and the Baby-Sitters Club as a whole, what do you hope for season 2?

Xochitl Gomez: I feel like I kind of know where things are going since I’ve read so many of the novels. I’m pretty sure that with the addition of Jessi and Mallory, there will be new layers added as we get to know them. There will probably be opportunities to talk about racism and bullying since those are issues that follow the two new girls and they are very current right now in our own culture. I’m hoping that we get to books #30 and #31 where a lot happens between Mary Anne and Dawn. Their parents get married and the Spiers move into Dawn’s house and not everything goes well between the new step-sisters. Those two books have so much going on and I hope we get to explore those arcs. The writing on this show is so good that I know whatever they come up with will be brilliant!

You can watch Xochitl Gomez as Dawn in The Baby-Sitters Club on Netflix now!