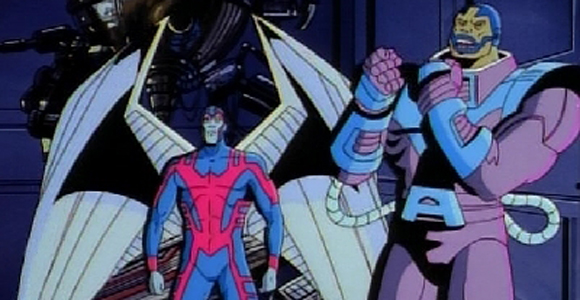 X-Men: Days of Future Past doesn’t even hit theaters until May 23, 2014 but director Bryan Singer decided it was time to announce his next installment – X-Men: Apocalypse.

Looks like Singer, and perhaps everyone else, is digging the time travel and alternate futures of Days of Future Past. Yesterday the director tweeted simply:

And all I could think was, “He better not be trolling.” Turns out, he wasn’t. While we don’t have any actual details on the film at this time, the title suggest they’ll be utilizing the X-Men villain Apocalypse (aka En Sabah Nur), a 5000-year-old, immortal mutant. The character was co-created in the 80s by Louise Simonson, Walter Simonson, and Jackson Guice. I won’t get into the nitty-gritty but Apocalypse big storyline was a crossover titled “Age of Apocalypse” in which a new timeline is created when Professor Xavier’s son attempts to go back in time and kill Magneto. He fails, and Bishop (a mutant character we’ll see in Days of Future Past) is the only one who knows things have changed, and for the worse, leaving mutants ruling over humans.

It’s likely this would be the building blocks for X-Men: Apocalypse, though that depends on where X-Men: Days of Future Past leaves us. As a rabid fan of the 90s X-Men cartoon, this news is extra exciting considering Apocalypse played a large role there adapting both comic book storylines and more. This announcement also leads me to hope we’ll finally get to see Mister Sinister on the big screen and perhaps even Archangel (to possibly be played by a returning Ben Foster).

X-Men: Apocalypse is set to premiere May 27, 2016. Variety noted this puts the film up against the Alice in Wonderland sequel, of which Johnny Depp and Mia Wasikowska just recently signed on. Days of Future Past and Star Wars Episode VII producer Simon Kinsberg has recently signed a 3-year deal to help create an overall Marvel universe for Fox, much like Marvel Entertainment has done with their films.

I think my favorite reaction to the X-Men: Apocalypse news so far has been from Iceman himself: