Xena And Gabrielle As Batman And Robin | The Mary Sue

Xena And Gabrielle Take Up The Batman And Robin Mantle 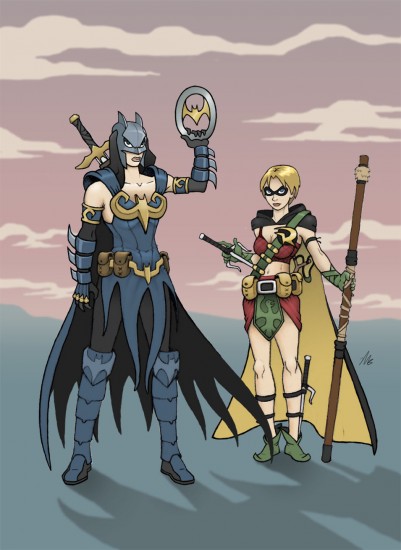 Oh Project: Rooftop, how we love you. This redesign of Batman and Robin comes from Mick Bouschor. What can we say besides this is the thing we’ve been waiting for all our lives we never knew we were waiting for? Check out more redesigned Batmans at Project: Rooftop.