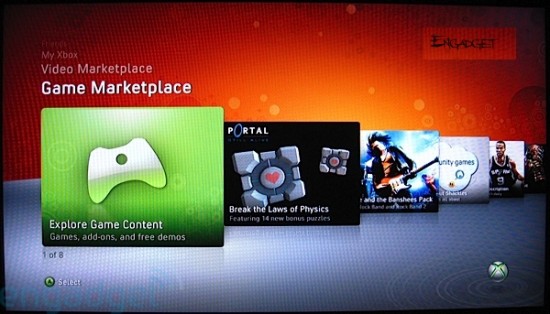 Microsoft‘s Xbox Live service debuted a change to its Code of Conduct this morning.

You may use the following terms to express your relationship orientation in your profile or Gamertag: Lesbian, Gay, Bi, Transgender, Straight.

This is great and all, but, seriously?  Way to keep up with the times, Microsoft.  I’m glad you managed to do it before the US Military.  That would have been really embarrassing.

The change seems to have come after pressure from GLADD, who met with Microsoft officials last April (it remains mysterious as to why it took them almost a year to implement the change in policy), and advised them on which terms to include.

The idea that banning the use of LGBT terms entirely is a good way to protect users from harassment is one that has a number deep flaws in it.  Primarily, it doesn’t work because you can’t tell someone that they can’t do something on the internet.

Otherwise, banning a term that a minority uses to describe itself in many ways renders that minority invisible and incapable of fully representing itself.  Blizzard ran afoul of this problem in 2006, when one of its moderators threatened to punish a player who was advertising her (World of Warcraft) guild as LGBT friendly, because of a context neutral ban on using LGBT terms in public chat channels.  After a considerable amount of controversy including a letter from Lambda Legal, Blizzard publicly stated that the player would not be penalized and that the warning was a result of “unfortunate interpretation” of their harassment policy

Comments on Kotaku’s report of the Code of Conduct changes express incredulity that anyone would identify themselves in a way that is likely to get them harassed.  I’d like to take a moment to remind anyone who is thinking along those lines that that’s not how it works.  You might as well say: “Well why would you even come out of the closet if you’re going to get teased in AP English?”  In order for a minority to become accepted it must become visible and vocal, or harassment will continue. (Not to mention that its nice to have the ability to be honest and upfront about your identity.  Nice being a very mild word.)

So, good, Microsoft.  Allowing your LGBT users a legal way to become visible should they choose to is a step forward.  There are slight problems with naming those five terms as the only words you can legally use to describe yourself, notably leaving the inclusive term “queer” off of the list, but we’ll give you this one.