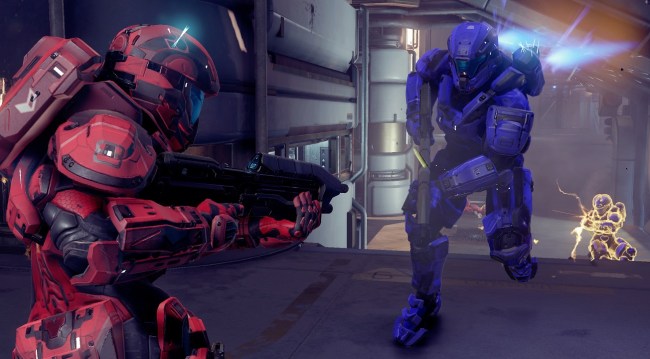 Remember Gametap? Sure you do. It was the Netflix of games back before Netflix and Gamefly were a thing. You’d stream games over the internet to your PC, and while many of the offerings were classic retro vintage video games, it was still a neat, novel concept. Microsoft’s working on reviving the idea with their “Xbox Game Pass,” which will let you download and play a selection of games for $9.99 a month.

It’s set to launch in Spring, and will initially feature “over 100 games,” according to Xbox’s blog post on the release. A tiny sampling of titles revealed in the post includes Halo 5: Guardians, Payday 2, NBA 2K16 and SoulCalibur II. You don’t get to “keep” the games per se, rather you end up playing it for the month, and after that, a new crop of games cycles in, a bit like how Netflix is constantly cycling through their content. It’s unclear whether all the games in a given cycle will fall off after a month, so there could very well be some overlap.

Either way, if you did want to keep the game, you can purchase it directly at a 20% discount and have it “unlocked” for you. Doesn’t sound like a bad way to sample full versions of games before making a solid plunge, eh?

Honestly, $9.99 seems like a really solid price for a big library of games. I have a difficult time getting through a game every month myself (because being an adult is crap), but if I had even a little bit more time, I’d be all over this deal.

(via Polygon, image via 343 Industries/screengrab)