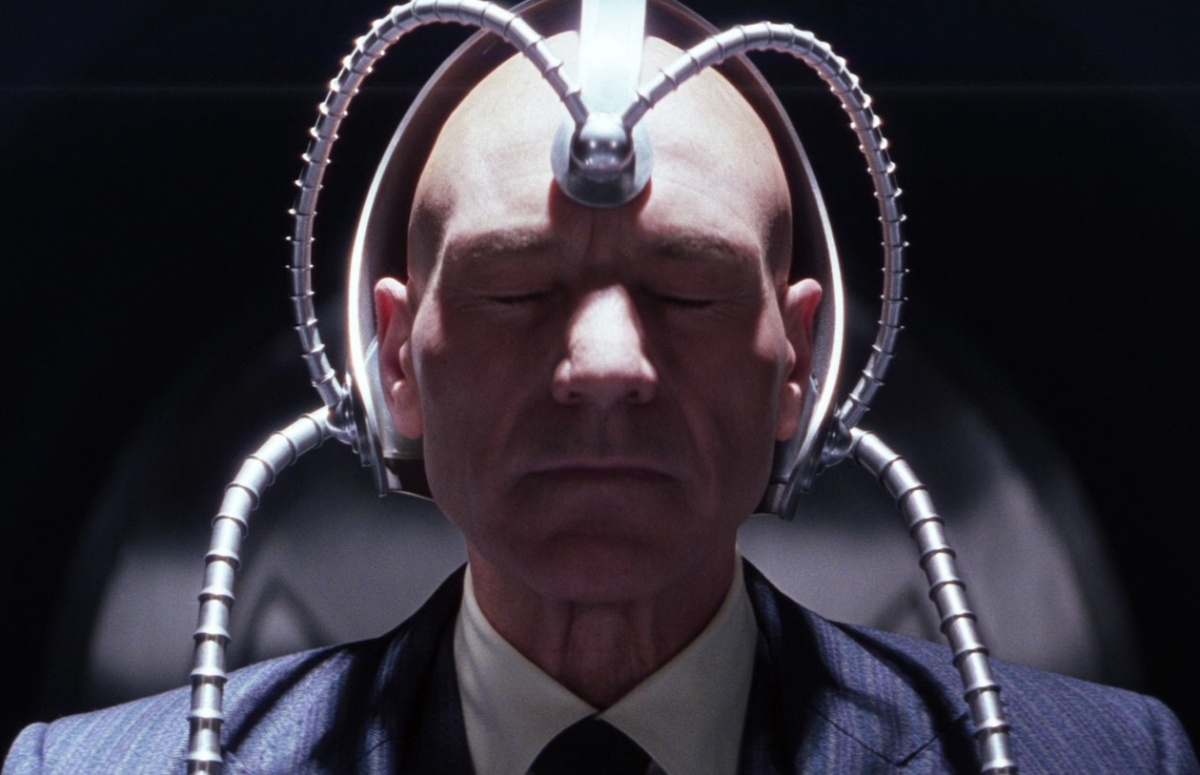 I remember seeing the first X-Men movie in theaters. I may have always been a DC girl, but X-Men was my jam, so seeing it was an outing for all of us. At the time, my only entry point had been the animated ’90s series and a few comics, but I was hooked in, watching all three movies eagerly when they were released. Now, 20 years and twelve films later, how did that first movie set the foundation for the X-Men franchise?

The major conflict of the story is that Magneto has created a machine that will turn ordinary humans into mutants, but it will kill them in the process. Rogue, who runs away from home due to putting her boyfriend into a coma when her life-draining powers activate for the first time, finds Logan, and they become the father/daughter bonded pair of the franchise.

Due to the machine nearly killing him the first time it was used, Magento intends to give his power to Rogue and use her to power the machine. Magento is defeated, and Logan, who has gotten some hints of his blurry origin from Professor X, is off to Canada until the sequel calls on him to return.

While I would say that X2 is the crown jewel of the X-Men film franchise, sans Logan, the first X-Men movie is a fine film. It moves rather quickly and has a blessed run time of 1 hour and 44 minutes. The casting is overall very good. Hugh Jackman may have always been too tall and too handsome to play Logan, a.k.a. Wolverine, but I think he looks like how people think of Wolverine, rather than staying true to the actual comics.

James Marsden is excellently cast as Scott, but sadly, because the film sets up a love triangle between him, Jean (Famke Janssen), and Logan at the very start, he ends up having a lot of his better qualities from the comics pushed down in order to play second fiddle to Logan. Halle Berry has always been miscast as Storm for a myriad of reasons, but when you rewatch this film, the most jarring is that her entire personality has been removed. Her powers are, as always, not explored in really creative aways, and that wig … oh, that wig. I’d even say that Anna Paquin is fine as Rogue if a little bland at times, but she has great chemistry with Jackman.

Patrick Stewart as Charles Xavier, Professor X; Ian McKellen as Erik Lehnsherr, Magneto; and Rebecca Romijn-Stamos as Raven Darkhölme, Mystique, remain standouts of the film, although considering that the events of prequel series are supposed to be canon (ish), it also makes a lot of the choices in this film, and the sequels, weird—especially between Mystique and Professor X.

What I think is exceptional about this movie, and helped it change the game, was that it knew how to use the political allegory of the mutants well. The X-Men have been used to discuss Civil Rights for years, and Xavier and Magento’s core conflict about how best to get rights for their people is something that will always be culturally relevant. By having the opening scene be a young Magento arriving at the Auschwitz concentration camp being separated from his family, and the next scene being a “modern-day” Robert Kelly attempting to pass a “Mutant Registration Act” in Congress, you have a perfect understanding of why Magento walks his path, and Charles walks his own.

This was an example of that gritty grounded realism done right because it focused on the issues.

That being said, I do find the costume design to be so boring, and while Scott has that line about yellow spandex, I wish that the color palette wasn’t so black. It also has a weird effect when Magento and his team are visibly different and look more like individuals, while the X-Men look like a military force. I don’t think that was intentional (although if it was, that’d be a great point about Xavier) but it makes them all less interesting to look at.

My biggest gripe with this film is the same issue with the majority of the franchise: It doesn’t know how to focus on the team. Having now, at my big age, gone back and read a lot more X-Men comics, I will always lament the movie series’ inability to really understand a lot of these characters. They get very easily slipped into archetypes, which is sad because, at this point, you have decades of character traits and personality to pull from, so why just make Jean the healer, Storm the mom, and Scott the jealous boyfriend?

It just seems lazy and reductive.

Still, despite the (very) dated special effects and the fight scenes not being as well staged as even the ones in X2, this film is fun and set up the film series to do a lot of amazing things. But … well, you know how that ended up.