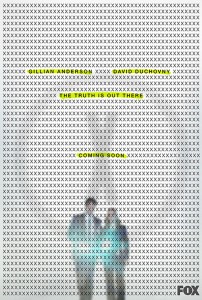 The movie industry isn’t the only place where all of our nostalgic favorites just keep coming back. We’re in a golden age of mining old TV favorites for returns to the delight of their ardent fans, and despite generally mixed reviews on how that’s gone so far, we can’t stop wanting it to happen—which is probably why Fox is bringing The X-Files back for another new, 10-episode season.

The truth is that, despite any misgivings about their respective returns, all these series that have made a comeback—from Gilmore Girls to Arrested Development—have something to love about them that makes the flaws feel more forgivable. And anyway, a disappointing return can’t spoil our love for the originals, so why not at least give it a shot? As far as The X-Files, no matter how hit-or-miss last year’s first revival season was, it’s impossible not to love Gillian Anderson and David Duchovny as Scully and Mulder, and their on-screen chemistry is enough to float any sub-par episode.

Sure enough, the statement from Fox’s president acknowledges the real reason we’ll probably never stop watching: “Chris’ [Carter, series creator] creativity, along with the brilliant work of David and Gillian, continue to propel this pop culture phenomenon, and we can’t wait to see what fresh mysteries Mulder and Scully uncover in this next chapter of The X-Files.” It seems the fans agree, as the previous season grabbed tons of viewers, which trumps critical opinion any day of the week.

The only reason it even took this long for news of a new season to break was scheduling conflicts, rather than hesitation on the part of Fox or anyone else. Come on, who could not want to watch more of these two?