Happy 25th Anniversary to The X-Files, My First Fandom 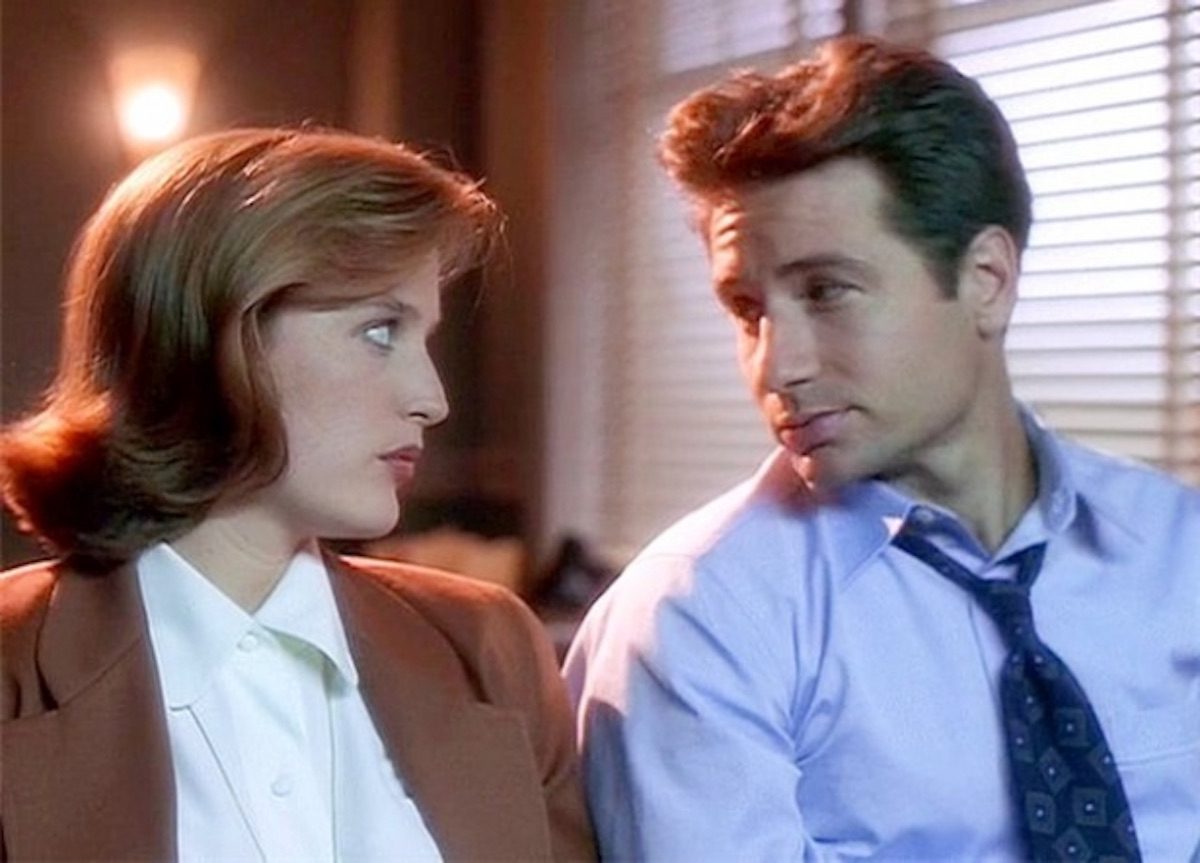 All I knew was that the truth was out there somewhere and that Fox Mulder and Dana Scully were in love.

The Internet was young and so was I when my obsession with The X-Files made the leap from the TV screen to my desktop computer with its 36Kbps modem. I have no recollection of how or where it first began: did I type in “Are Mulder and Scully in love?” into Ask Jeeves? Did I stumble from one X-Files site into another featuring fanfiction via webring? Was it aliens?

However I got there, I adored The X-Files beyond reason, and it grew from a TV show to watch into a sort of lifestyle activity. As a kid with a bent toward fantasy and science fiction books and media, it wasn’t surprising that I liked the show. From an unsteady but promising first season, it had evolved into a lauded genre juggernaut by the time I found it, featuring well-developed characters, tightly written scripts, and more aliens and angst than you could ever hope for.

Some of the episodes were absolutely terrifying, like “Chinga,” “Eve,” “The Host,” “Grotesque,” “Home,” and many monsters-of-the-week I wouldn’t mind forgetting about. “Home” was so disturbing that it was banned from the airwaves for years. I wasn’t into The X-Files for the scarier episodes. What intrigued me was the overarching mythology, the conspiracies, the sense that somewhere someone was pulling the strings. I loved episodes with the Lone Gunmen, the Cigarette-Smoking Man, my guy Alex Krycek, Skinner defying authority, Scully’s extended family, the search for Mulder’s sister. In short, I loved the characters and the more character-driven narratives.

What I was really there for, however, was what would come to be termed “UST.” 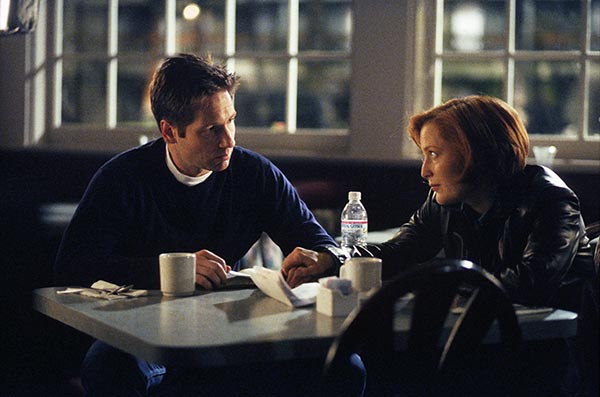 “UST,” or “unresolved sexual tension,” is present in most fictional “ships” at first, but Mulder/Scully was the mothership. The acronym evolved from their interactions as unlikely FBI partners—an alien-chasing believer paired with a diehard skeptic scientist—who slowly grew to trust each other and then, essentially, no one else. From rocky beginnings, they would go on to become close friends and confidants who appeared inseparable, who were willing to die for each other and sometimes almost did.

These people meant more to one another than anyone else in the known galaxy. But they wouldn’t kiss. We even sat through an entire X-Files movie, Fight the Future, and they still didn’t kiss. I’ll never forgive Chris Carter or that damned bee.

Whether you preferred Scully and Mulder platonic or dreamed that they would be something more, the chemistry between Gillian Anderson and David Duchovny was swoon-worthy, and many fans took that perceived unresolved tension and ran with it.

As The X-Files matured so too would Mulder and Scully’s relationship, but in the heyday of my teenage adventures into fandom, the show only flirted with their sexual tension and refused to give way. It was maddening, it was delicious, and it drove hordes of people to the Internet to write their own narratives where the pair did or didn’t get together. I devoured these stories, learning from them a lot about sex (my god where they often explicit) and sexuality (it seemed that Mulder sometimes also liked to sleep with Krycek and/or Skinner). When writing fiction, I can still sense tropes and turns of phrase I picked up while clicking through the old Gossamer Project story archive.

On another day, we could critique where The X-Files went wrong and discuss elements that were problematic about it. But today is a day carved out for celebration. Our beautiful X-Files is old enough to rent a car. Put on “Walking in Memphis” and help yourself to a slice of cake.