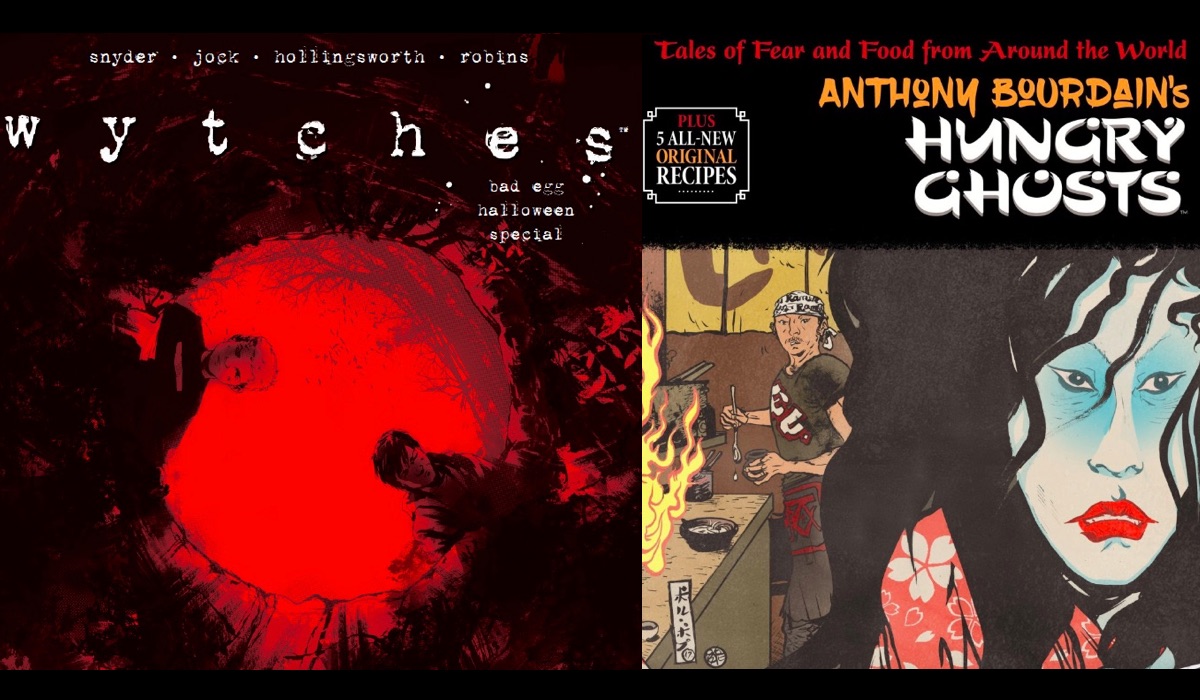 Is it me, or is everything just better in October? Those seasonal pumpkin-shaped peanut butter cups are far superior to the year-round ones. The weather pauses in a perfect balance of golden and crisp, and speaking of crisp, can we talk about the apples? I know everyone is all about pumpkin spice whatever, but you guys—Apples.

And of course, ‘tis the season for horror comics, though I only ever need precisely half a reason to indulge my love of all things weird and creep. It was tough to narrow down my Halloween recommendations this year because there are so many great horror comics, so I went with a few favorites that released this October. These are excellent examples of the two best kinds of horror comics: short stories that provide just enough tantalizing detail to let your imagination run wild into the darkness, and serial storytelling in which nothing is as it seems and supernatural flesh-eating creatures are practically the least of your worries. 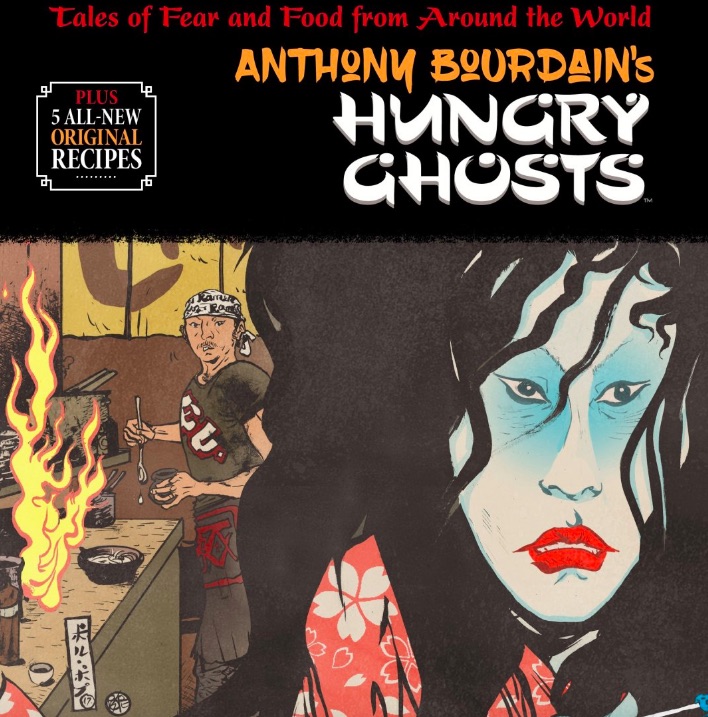 Leave it to the late, great Anthony Bourdain—with novelist Joel Rose and an outstanding cast of artists including Vanesa Del Rey, Francesco Francavilla, and Irene Koh—to put together a comics anthology of ghost stories about food. If there’s one thing we’ve learned from Bourdain’s writing and travel shows, it’s that every essential human experience can be brought back to food—even fear.

Hungry Ghosts is inspired by the Japanese Edo period game Hyakumonogatari Kaidankai, in which snippets of ghostly tales from around the world are shared at an eerie, candlelit gathering. (We’ve got an exclusive excerpt so you can see just how those stories play out for yourself.)

I find that anthologies work really well for horror because they don’t have a lot of room to tell the story, so they engage the reader’s own imagination with open endings and whispered suggestions that cling to your mind long after the story ends. My favorite in this collection is “The Salty Horse,” with art by Leonardo Manco, in which the vengeful spirit of a horse terrorizes the man who ate it. You’ll almost be scared enough to opt for vegetarian versions of the Bourdain recipes in the back of the book … 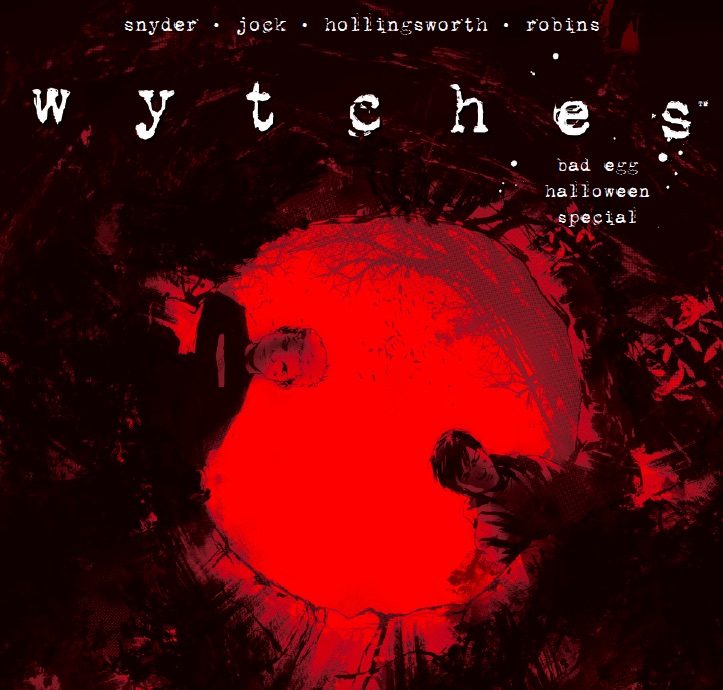 Wytches, by Scott Snyder, Jock, Matt Hollingsworth, and Clem Robins, is one of my favorite horror comics. It’s straight up terrifying. True story: It has made me cry in public. In addition to the deeply disturbing story and gorgeously unsettling artwork, there are real moments of poignant emotion that keep your nerves pulled taut and raw for the entire book.

Wytches: Bad Egg is a prequel of sorts, laying out more of the internal logic of the world. It avoids being mere exposition by tapping into the cultural zeitgeist of nostalgia and childhood adventure (but make it horror—think It or Stranger Things) to tell the story of Sebastian, the young son of a Wytch hunter. I’m not normally one who likes to see the monster, but without giving anything away, trust me when I say that the final chapters of this book will have you avoiding the woods for a while. (Thanks for that, Jock.)

I can sometimes feel a little let down by the endings of longer, serialized horror stories, because seeing things resolved gives too much reassurance that horrifying things can be resolved. If you can just defeat the monster and go home, that’s an action story, not a horror story. Wytches retains its ability to frighten even after showing its hand because it weaves real-life horrors into the supernatural ones; a relatively happy, or at least resolved, ending can’t shake the lingering reality of depression, betrayal, greed, or loneliness that the protagonists will surely have to face again and again.

Wytches is as much about horrifying creatures that eat people who are pledged to them as it is about the most horrifying aspects of humanity that cause them to be pledged in the first place—because, after all, “pledged is pledged.”

Tia Vasiliou is a senior digital editor and comics content specialist at comiXology. You can find her on Twitter @PortraitofMmeX.